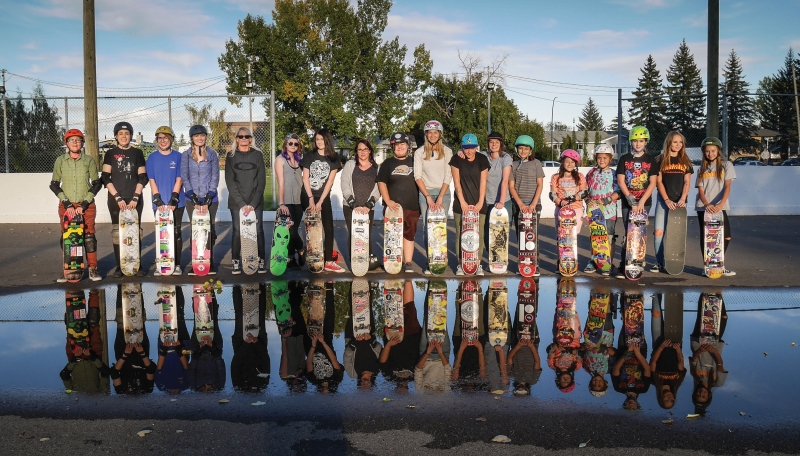 Erica Jacobs is very familiar with the gendered stereotypes people have when it comes to skateboarding, an activity she’s been doing for going on 15 years.

“When I skateboard down the street, people turn their head twice because they’re like, ‘is that actually a girl on a skateboard?'” Jacobs says. “I remember when I first started doing it, I was like, ‘I wonder if people are ever going to stop turning their head.'”

Having long questioned why she was surrounded by men in skateboarding, in 2015, Jacobs founded the 100% Skate Club, an all-ages, girls-only skateboarding community that she hoped would encourage more women to participate.

The club has thus far exceeded her expectations. Based on turnout at its weekly Wednesday meet-ups at various skate parks throughout the city (the club primarily skates outdoors and goes on hiatus during the winter), Jacobs estimates participation doubled from 40 women in 2015 to 80 in 2016. Members range from five to 50 years old, coming from all over Calgary and even Red Deer and Medicine Hat.

Jacobs’ positive work in her community coincides with what she predicts could be a wider appreciation for skateboarding in upcoming years thanks to the exposure it will receive when it debuts as an Olympic sport at the 2020 Summer Games in Tokyo. She’s also excited at the potential for more women to carve out careers for themselves in skateboarding – as the sport grows in popularity so do the opportunities for people to be involved in the athletic and business sides of it.

Olympics and lofty career ambitions notwithstanding, the mandate of the club is grassroots – to provide a space for participants to be active, discover their passion for skateboarding within an inclusive community and create new friendships. Jacobs says some teenaged girls in the club have told her that they have struggled with depression and making friends and that the club gives them something to look forward to.

“The greatest reward is hearing how the girls are affected by skateboarding,” Jacobs says. “You see the girls making friends and now, all of a sudden, these teenage girls that were maybe struggling can share something in common and forge friendships that could last a lifetime.” 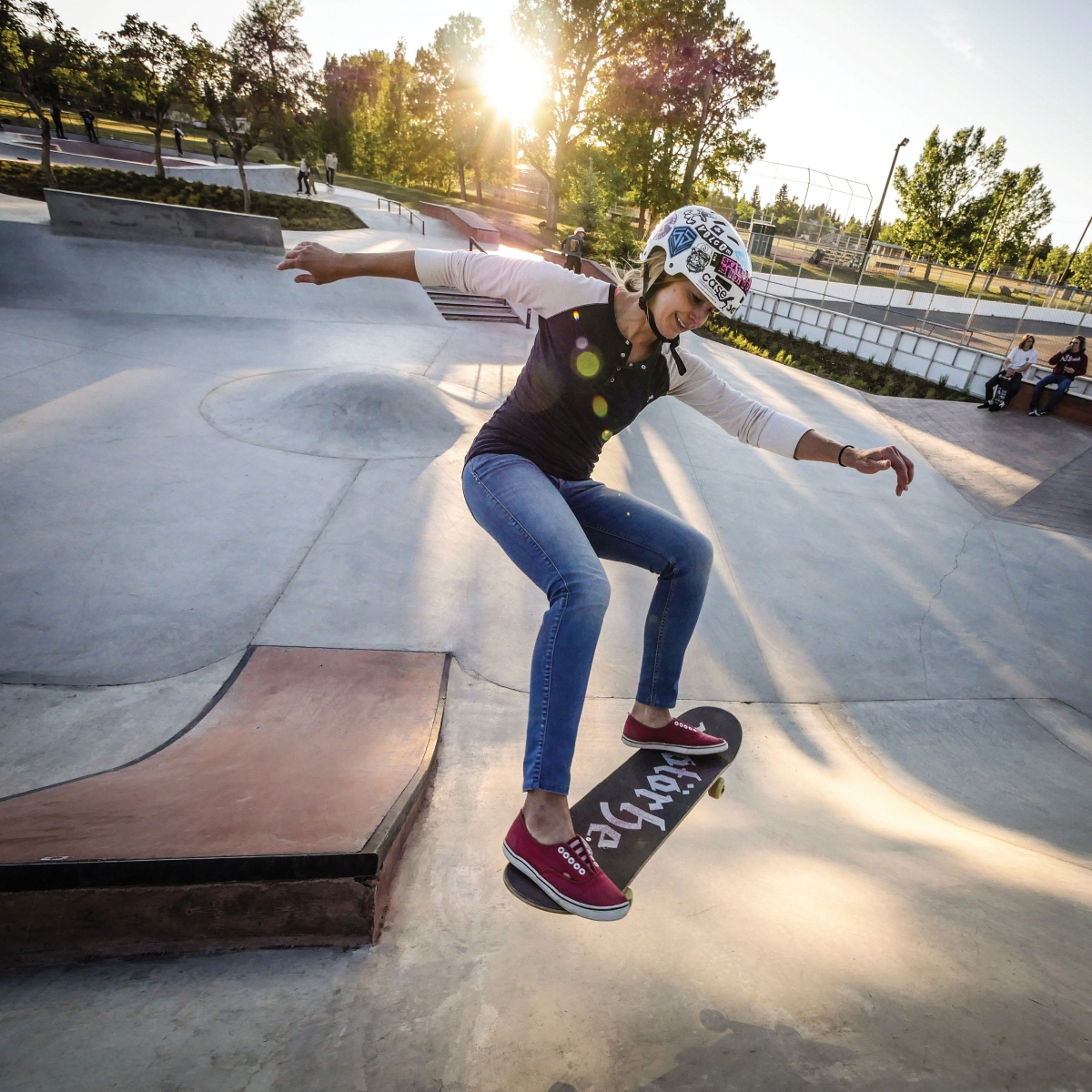