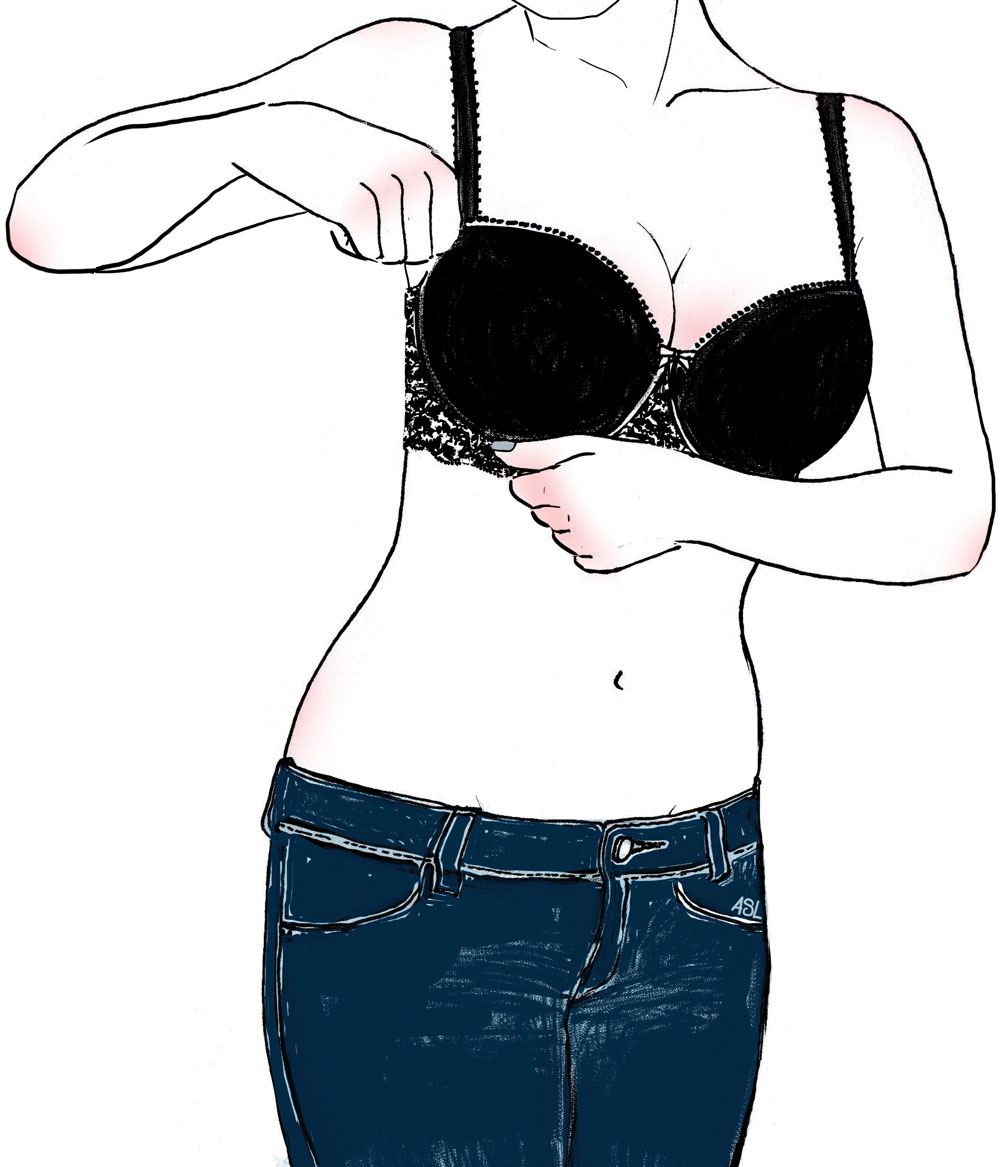 If we’re wearing bras for comfort, why are they so uncomfortable?

In 2005, Oprah Winfrey informed the world that our bras didn’t fit. The vast majority of women needed smaller band sizes and larger cup sizes, she said – and boutiques sprung up offering professional fittings, alien-sounding sizes and garments that cost at least twice what we were used to paying.

Converts speak of the “Bra Revolution” (so-called on Oprah’s website) in almost evangelical tones. Lailina Smith, co-owner of Calgary’s SHE Apparel, told me her first professional bra fitting “changed [her] life;” Colette Hamon, who owns Bratopia, spoke of her struggle, peaking after her second pregnancy, to find a bra that fit, and the consequent epiphany that led her to leave the oil and gas industry for a career in lingerie.

Despite the epiphanies and conversions and revolutions, many women continue to buy their bras online or at the mall and remain perfectly content. Some own a high-end bra or two for outings or seductions. And, on the other end of the spectrum, some advocate shedding bras altogether.

Many girls begin their bra-wearing lives before puberty with the completely afunctional “training bra.” And what exactly do training bras train us for? Mainly a lifetime of wearing a garment designed to cover, display, hide and reshape the secondary sex organ that must, surely, be the most culturally fraught of all human body parts.

My own drawer contains bras of sizes so diverse, you’d think I was dressing a whole sorority of women. And, working at home as I do, I often don’t bother with bras at all. So what’s the difference between boutique bras and their maligned chain-store cousins? Why should we, and why do we, choose one bra over another? How can so many different sizes fit the same person? And, finally, what are the consequences of going braless?

At the beginning of my search to answer these questions, I headed to Bratopia. Hamon greeted me with an almost imperceptible glance at my chest (a habit adopted by all the bra aficionados I’ve met). She explained that chain lingerie shops and department stores generally offer band sizes 32 through 38 and cups A though DD, though not always in every combination. Bras are made in a much wider range, though, with bands from size 28 through 58 and with cup sizes up to N, totalling more than 300 combinations.

Hamon measured me as 28E, a size available only at independent stores such as hers. I told her I’d bought two 32DDs at the mall just a couple of days earlier, and she explained that women often get away with interchanging “sister sizes” – increasing the band and decreasing the cup. Also, sizes differ slightly between manufacturers.

She showed me that the somewhat older bra I’d worn that day – a 30D this time – pulled easily off my back, despite being fastened on the tightest of its three settings. A bra should fit snuggly around the rib cage, she said, supporting the breasts from below so the straps are not burdened with much weight. And a new bra should fit perfectly on the loosest of its three fasteners. That way, when the fabric inevitably stretches with washing and wearing, the band can be tightened.

And, though I swear the bra I wore that day fit me when I bought it, Hamon indicated the cups were too small, digging in, the underwire poking slightly into my sides. But how could my size have suddenly changed, without my noticing?

I phoned Smith for an answer, and she said women should be refitted every six months to one year, since our bodies change constantly with hormone and weight fluctuations, and, of course, aging. Also, plenty of women require different bra sizes at different times of the month.

I asked the experts whether, for someone like me, 28E is really so much better than 32DD. How much did it matter? The boutique owners both told me well-fitting bras are more comfortable, with straps sitting properly on the shoulders without digging in or slipping off, and without breast tissue squashed or poked. The fabrics found in high-end stores are better-quality, which means they feel nicer, look nicer and last longer without stretching out.

Still, Hamon noted my new imperfectly fitted mall bras were unlikely to cause me any major concerns, and that, if my old much-washed one wasn’t tormenting me, it wasn’t likely to do any damage. However, women with larger busts can run into health problems without properly fitted bras.

Physiotherapist Kelly Barrie, who owns Calgary’s Fifth Avenue Physiotherapy, says she sends women for professional bra fittings when she sees sore necks, shoulders, backs and even numbness in the hands and chronic headaches, accompanied by permanent divots in a woman’s shoulders from her bra straps. Such concerns arise in women with proportionally large breasts and small torsos, such that their bodies struggle to support the weight on their chests. And some women’s bodies may be proportionate, but their muscles are just too weak to properly handle their build.

But even at a boutique it is very rare to find a beautiful bra that corrects those problems, says Maha Zimmo, who worked for five years at one of Ottawa’s first high-end bra boutiques, Mistinguett, back when all this was Oprah-fresh.

Bras constructed for function are “like orthopedic shoes for your boobs,” Zimmo says, while luxury bras are designed to flatter the body, both under and without clothing. Like stilettos, she adds; pretty, yes, but let’s not fool ourselves – these items are designed to make us look and feel hot, not to make us healthier.

But, as Hamon said, part of the benefit of a bra fitting is psychological: “It’s amazing how much it changes a woman psychologically when she graduates up to a bigger cup.” Now that I’m an E instead of a D, in other words, I might feel a little sexier, a little more womanly.

I asked Hamon, Smith and Barrie whether bras are necessary for women without seriously heavy breasts, and they all responded with baffled silence, before saying, essentially, that going braless just isn’t done. It’s uncomfortable to jiggle around, Barrie added. It’s a sentiment that is echoed by most women, although the bra-free voices are growing in strength and number.

During rigorous exercise, to be sure, braless breasts can get sore quickly; but, the rest of the time, much of our discomfort is psychological or social. My own experience has taught me that, when braless in public, I feel like I might be getting disapproving glances and leers from every direction – but, in fact, no one really notices.

Certainly, a well-fitted bra can make substantial differences, physiologically, as well as psychologically. Fashion-wise, a bra can make the difference between boyish and bodacious, athletic and ascetic. And a perfectly fitted bra is certainly better, in many ways, than one that clings precariously to the rib cage, poking and squeezing in all the wrong places while providing little support.

The uncomfortable truth about bras is that many of us wear them for psychological and social comfort – to shape and cover (or uncover) our breasts in ways that are socially acceptable – more than for physical comfort. Which is why so many of us aren’t fazed when our bras are actually more uncomfortable than going bra-free.