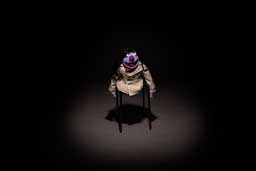 For the fourth production of its 2018-19 season, Front Row Centre Players uses human actors and puppets to bring this coming of age musical comedy to life. Avenue Q, which spent more than six years on Broadway and earned a Tony Award for Best Musical in 2003, follows the lives of a character named Princeton and the new friends he makes while living (and navigating adulthood) on the fictional Avenue Q in New York City.