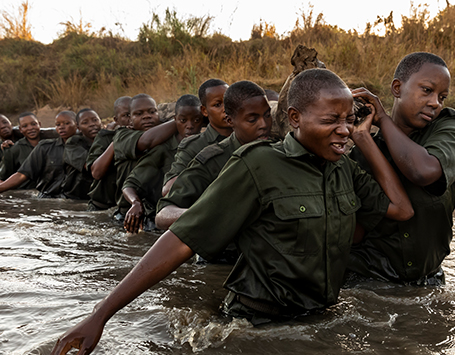 Damien Mander retired after achieving an elite rank in the Royal Australian Navy and moved to Africa to employ military strategy in the fight against poachers. After making the voyage, Mander found himself helping to organize the first all-female ranger unit in Zimbabwe —Akashinga, a.k.a. The Brave Ones. He, and prominent unit member Vimbai Kumire, will share their stories on stage as part of National Geographic Live.

The Louder We Get