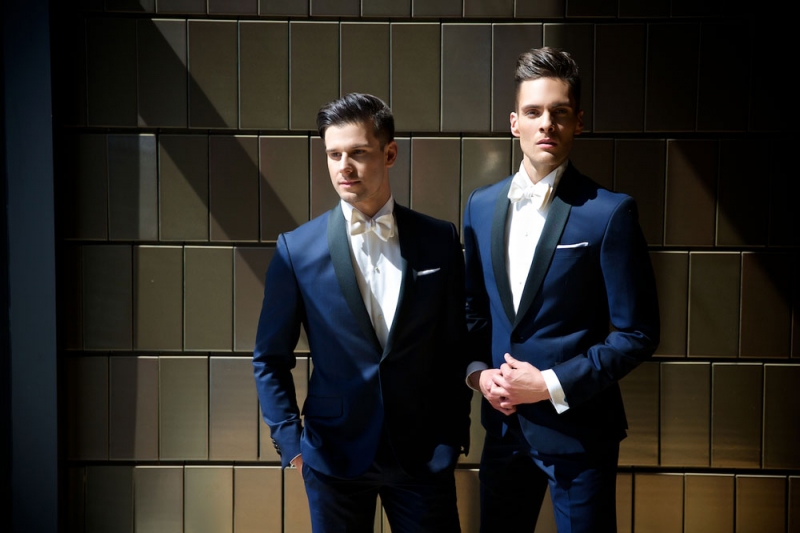 Sean Delsnider proposed to his partner Michael Velcic on a rooftop in New York City. So when the couple decided to get married in their hometown of Calgary, they still wanted to maintain the spirit of their New York engagement. They enlisted the help of wedding planner Julianne Young who helped create a masculine yet elegant affair inspired by the theme of “Gatsby meets GQ”.

The couple, who met over a game of pool, began by finding the perfect venue. For the ceremony, they chose the rooftop of Hotel Le Germain. “We have always loved the big city vibe and also love Calgary. The rooftop of Le Germain seemed like the perfect fit. The backdrop was of the city we love,” Delsnider says. The reception was held at the Westinghouse Foundry, otherwise known as the studio at Paul Hardy Design Inc. “For years, we have always admired Paul Hardy’s studio. It feels like you’re almost at a New York Fashion Week party, and has that industrial chic feel to it,” Delsnider says.

As the sun was setting, Delsnider and Velcic snuck off to share a quiet drink together and watch the sunset. Delsnider says the special moment, captured by photographer Phil Crozier, was a quiet highlight of the action-packed day. 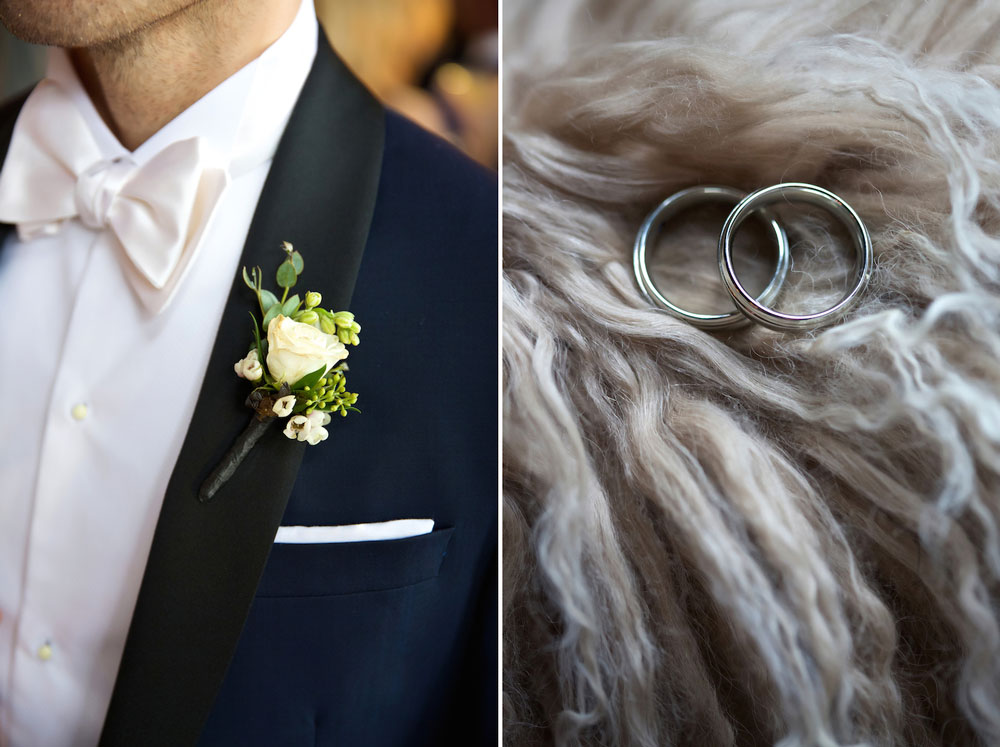 Designing on the Edge created the flowers, including the groom’s white rose boutonnieres, and the custom rings were by Ian Davidson of Davidson & Co. Jewels 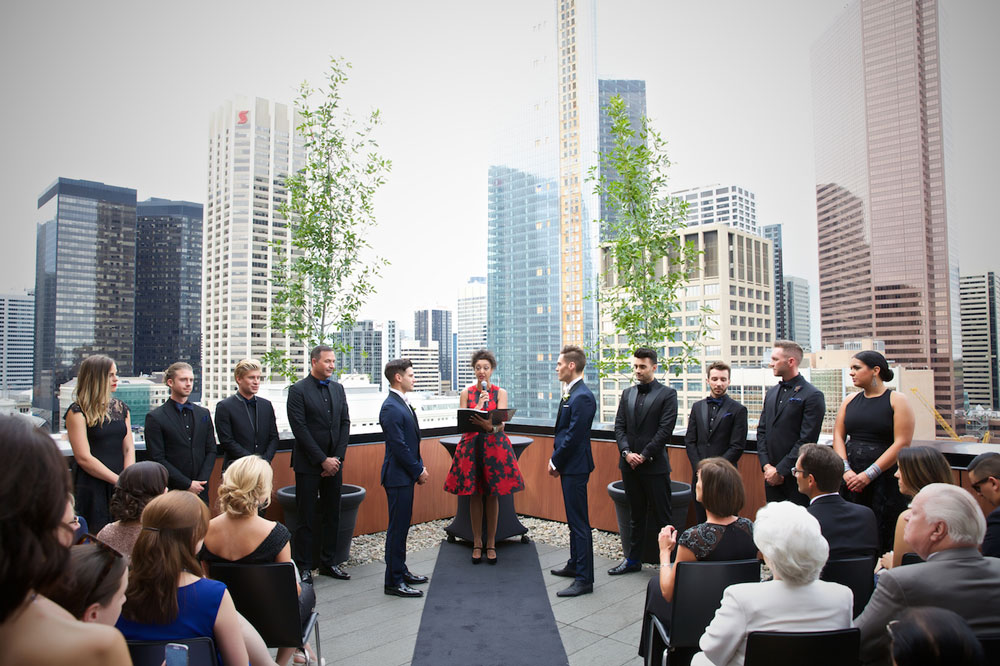 The ceremony was held on the rooftop of Hotel Le Germain and the couple stood under eight foot tall potted trees specially planted for the day. 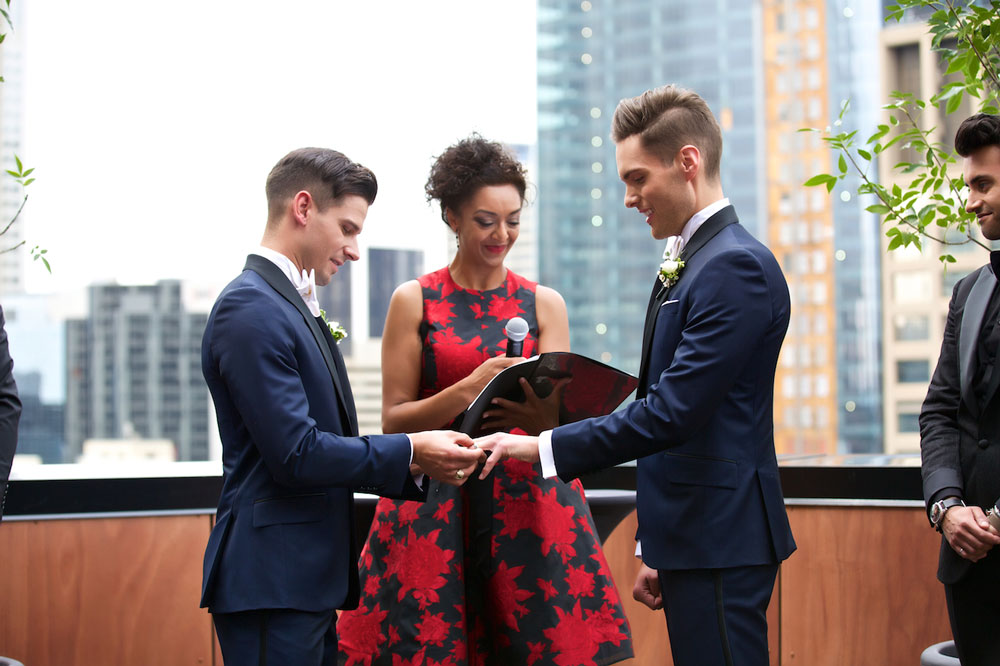 A close friend of the couple, Anixa Patel, served as officiant for the ceremony. 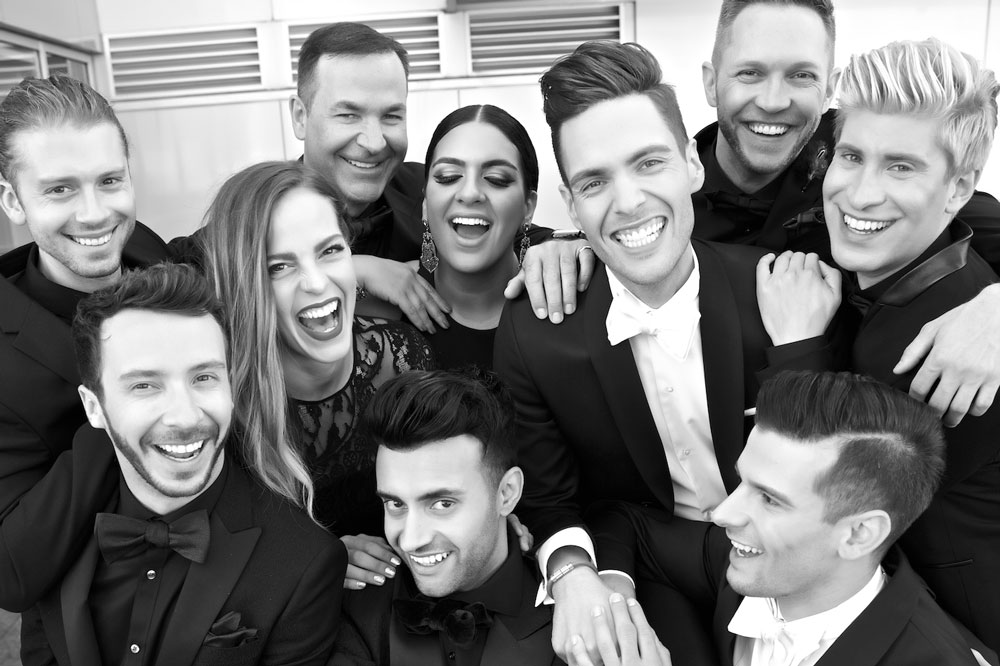 The eight person wedding party, consisting of six men and two women, wore black by a variety of designers. 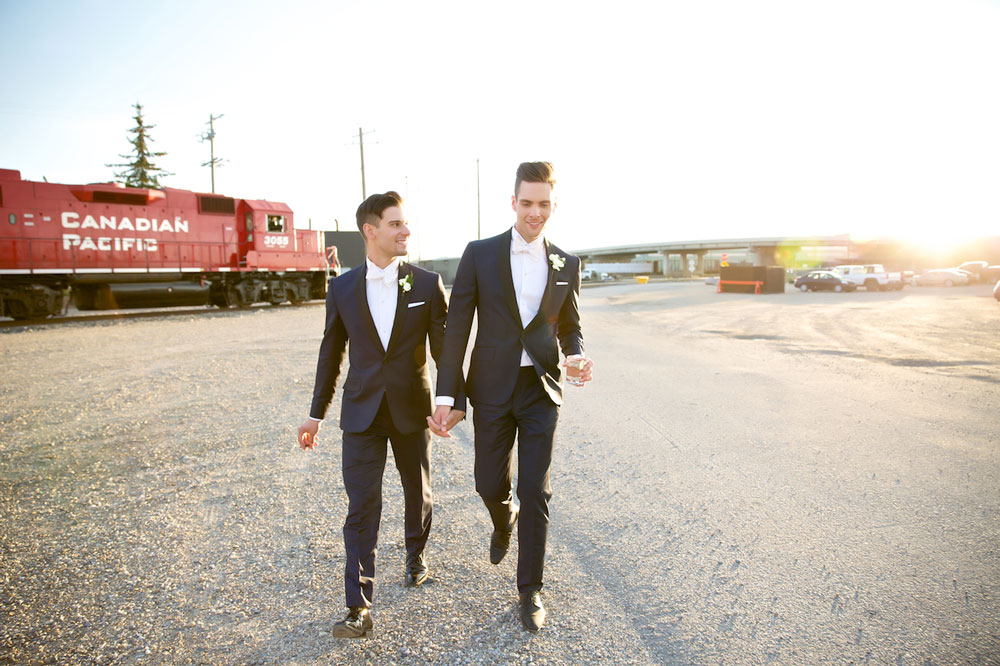 Photographer Phil Crozier captured a quiet moment between the newly married pair just as the sun was setting. 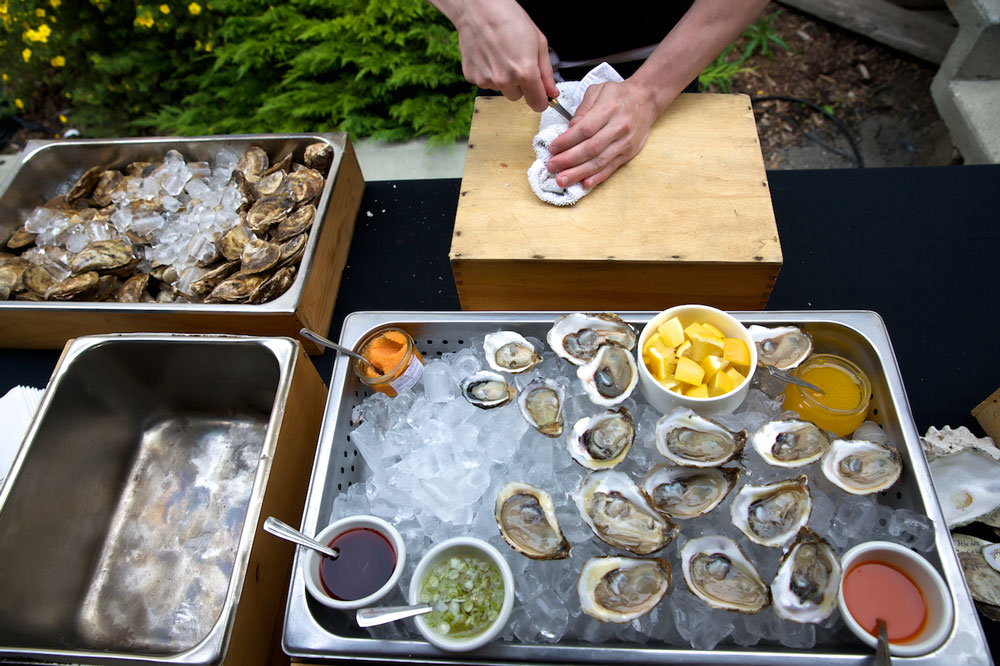 Guests were treated to a fresh-shucked raw oyster bar. 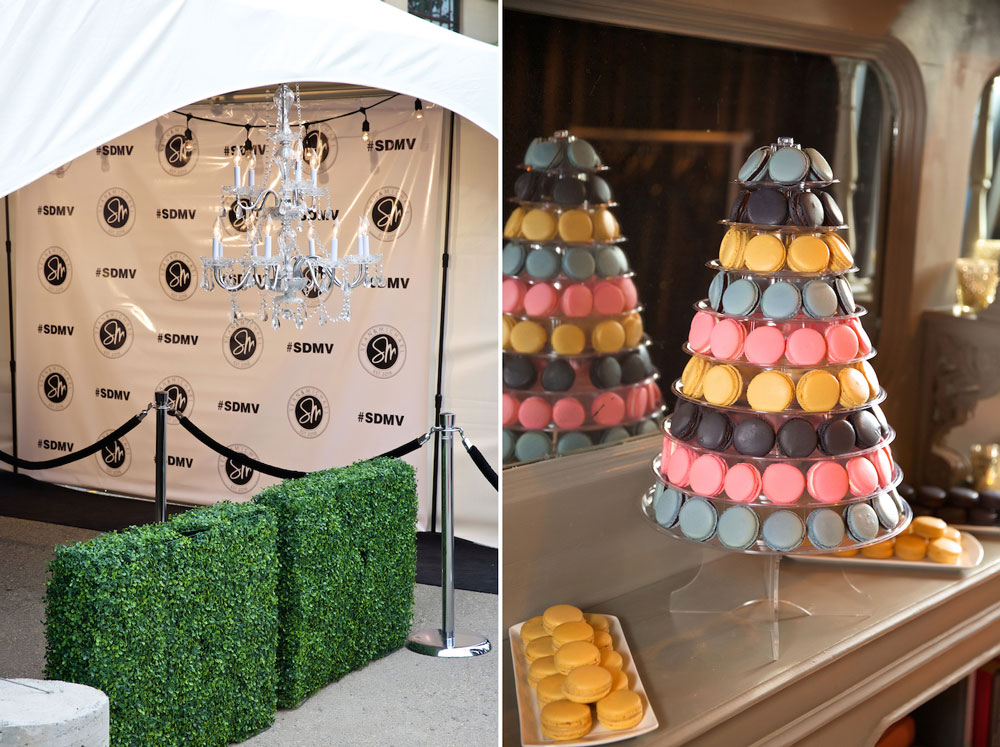 To enter the reception, guests walked a red carpet where a photographer snapped photos against a custom backdrop with the couple’s initials. A selection of macarons served as the wedding cake 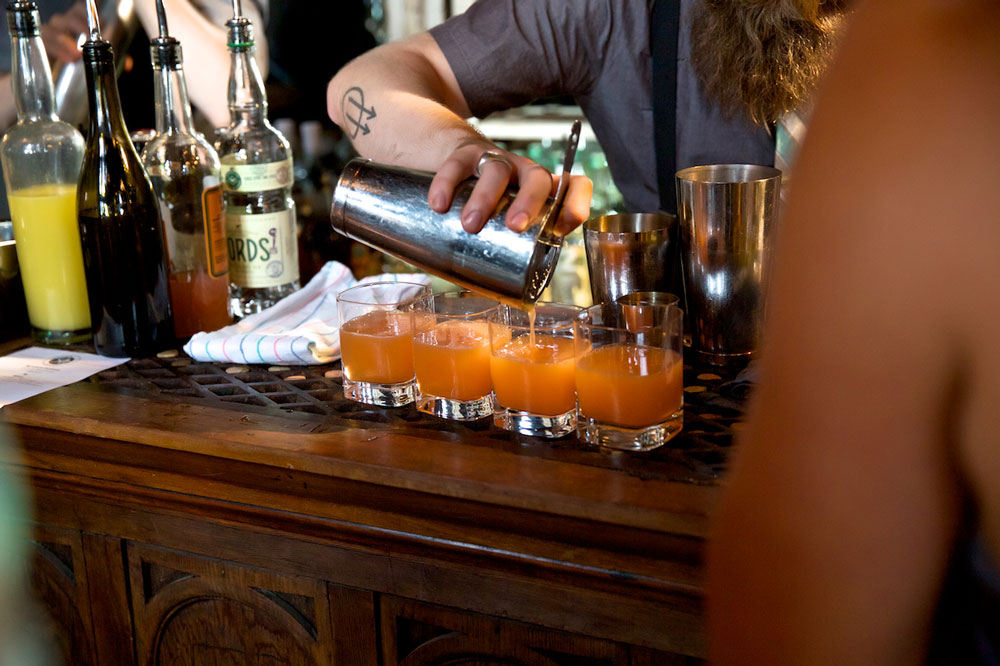 A bartender from Proof poured custom cocktails including Old Fashioned’s. 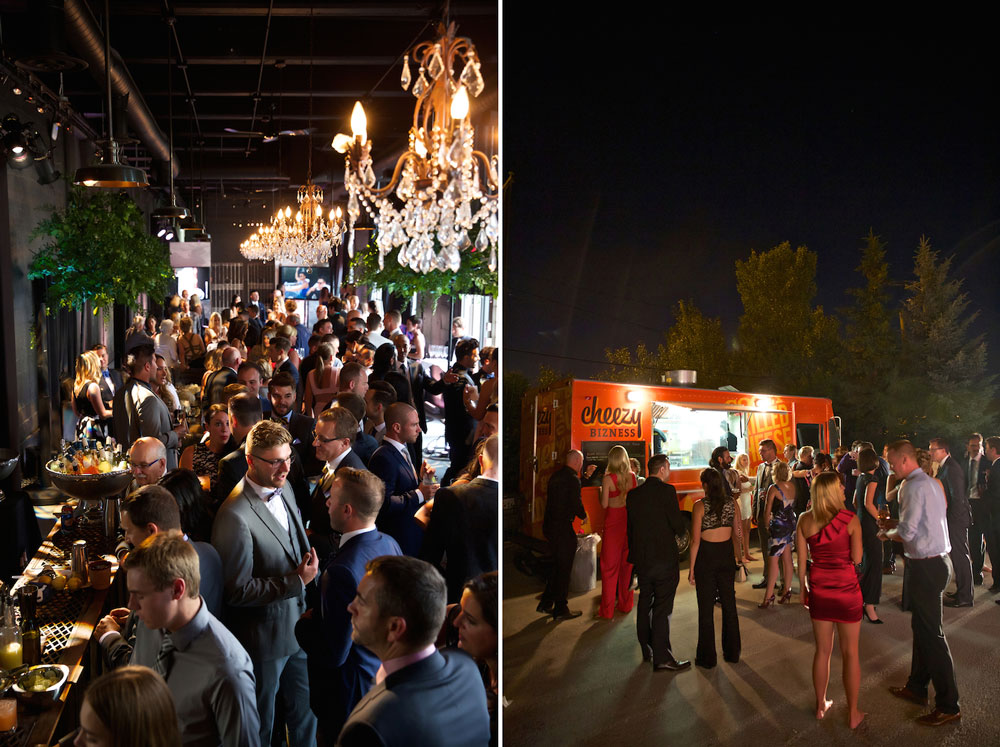 More than 150 guests celebrated late into the night and had a chance to refuel when the Cheezy Bizness food truck rolled up for a midnight snack.