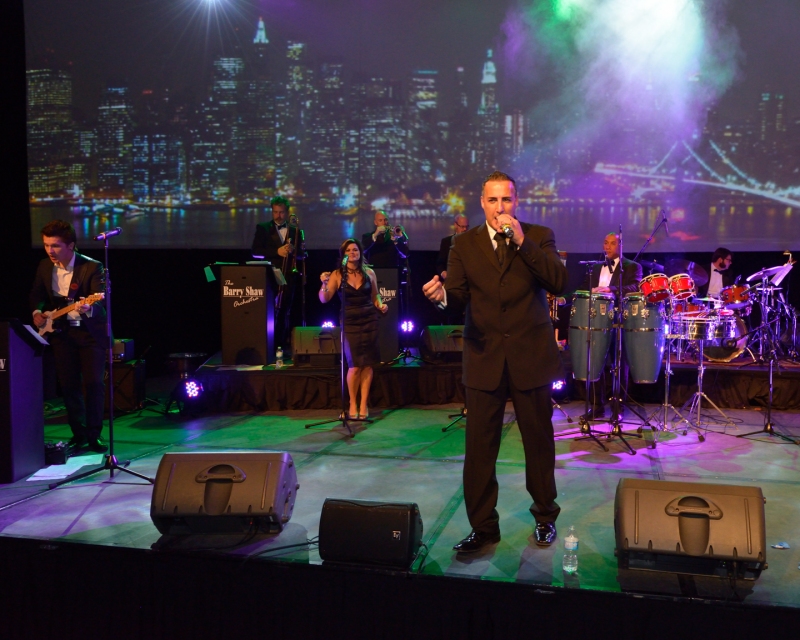 With a blend of rock, reggae and country, the Ben Rose Wedding Band plays a mix of original music and covers. A smooth voice and a versatile band, adds a unique spin to old classics. Available as a solo show, a three-piece band or a full six-piece band, it books up quickly, so they advise you call ahead six months to a year in advance.

From a solo piano to a 12-piece band, there are more than enough options with Barry Shaw for almost any wedding. For the upbeat, dancing crowd it haa retro soul and Caribbean themes, and for the more intimate events, it offers a trio, quartet or quintet to mix in some jazz interpretations. The band performs all over Western Canada so they usually need to be booked a year in advance.

For those who don’t feel like reigning in their nuptials with the tried and tested Macarena, the Ben Miles Quartet and Trio offers up a cocktail and dinner performance. The professional jazz and swing musicians can come as a quartet, with bass to fill out the room, or a light trio for smaller spaces. The soft, melodic music won’t take over the room, but will be sure to keep up the tempo. Saturdays fill up fast, so it recommends you book six to eight months in advance. Other days of the week are a bit more flexible.

As one of Calgary’s longest-standing jazz ensembles, the Prime Time Big Band is made up of local legends. Dave Jones, Eric Friedenberg Brian Walley, Kai Poscente, John de Waal and WCMA Heritage Award winner Al Muirhead. The band has made a home for itself at the Ironwood Stage & Grill with sold-out shows, but it can still take on weddings. The band size ranges from a 14-piece to a 20-piece and it recommends booking a minimum four to six weeks in advance.

For some authentic country, the T. Buckley Trio is nothing shy of a sure bet. The trio isn’t classified as a wedding band, but said they “fit the bill” for those who love roots music. Distinctly Albertan, the band has raked in accolades over the past few years, including hitting number one of CJSW Folk Charts, making runner up in the ATB All Alberta Song Contest and being selected for a 2014 creative residency at the Banff Centre for the Performing Arts. The band is currently recording their next album, so it recommends booking four to six months in advance.