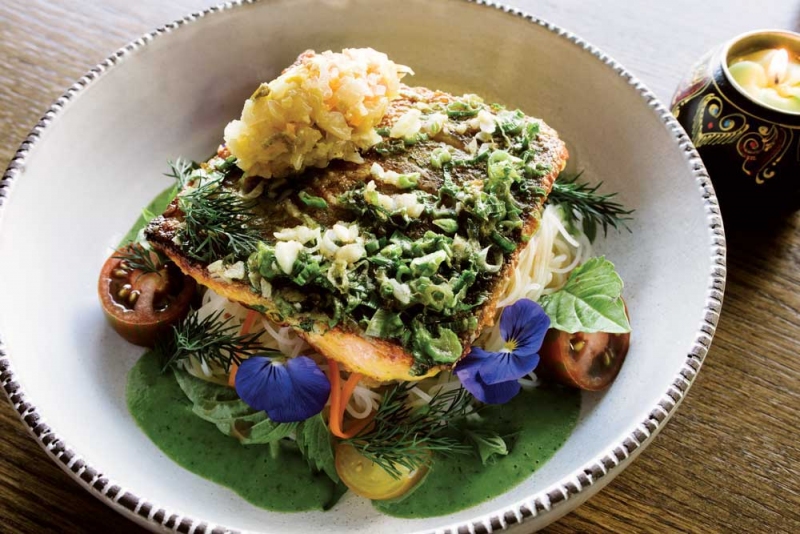 For Duncan Ly, 2017 was quite a year. The talented, affable chef opened his first restaurant – Foreign Concept – shortly before the New Year and it quickly became one of the hot spots around town. But it wasn’t all smooth sailing. Delays with liquor licensing and ongoing construction around his restaurant proved challenging to his clients. (Who needs a port-a-potty parked right in front of your entrance?)

But there were highs, too, including Ly’s executive chef, Jinhee Lee. She followed Ly from Hotel Arts and has emerged as one of Canada’s most talented chefs, winning both the Canadian Culinary Championship in Kelowna and the Garland International Chef Challenge at P.E.I.’s Shellfish Festival in 2017.

That talent, along with Ly’s and that of sous chef Michel Nop, is on display daily at Foreign Concept in the crispy preserved-lemon chicken, char siu-pork and foie gras steam buns, the cashew-satay roasted eggplant and the pandan crme brle. Flavours jump off the colourful plates, with textures from crisp-and-crunchy to smooth-and-velvety.

The team cures its own beef jerky, Vietnamese mortadella and duck prosciutto, and pairs the charcuterie with house-made apple mustard and Asian pickles, crossing cultural and culinary boundaries along the way. There’s no mistaking that Foreign Concept is deeply rooted in Asia but there’s a Western sensibility to the plates, too. The ingredients may sing Asian but the technique behind many dishes is very French.

Foreign Concept’s rectangular space continues the east-meets-west tone in a blend of historic photo murals and moon cake moulds set among long banquettes and a cozy corner bar. It has a bit of a colonial hotel feel to it with food that bestrides the continents.