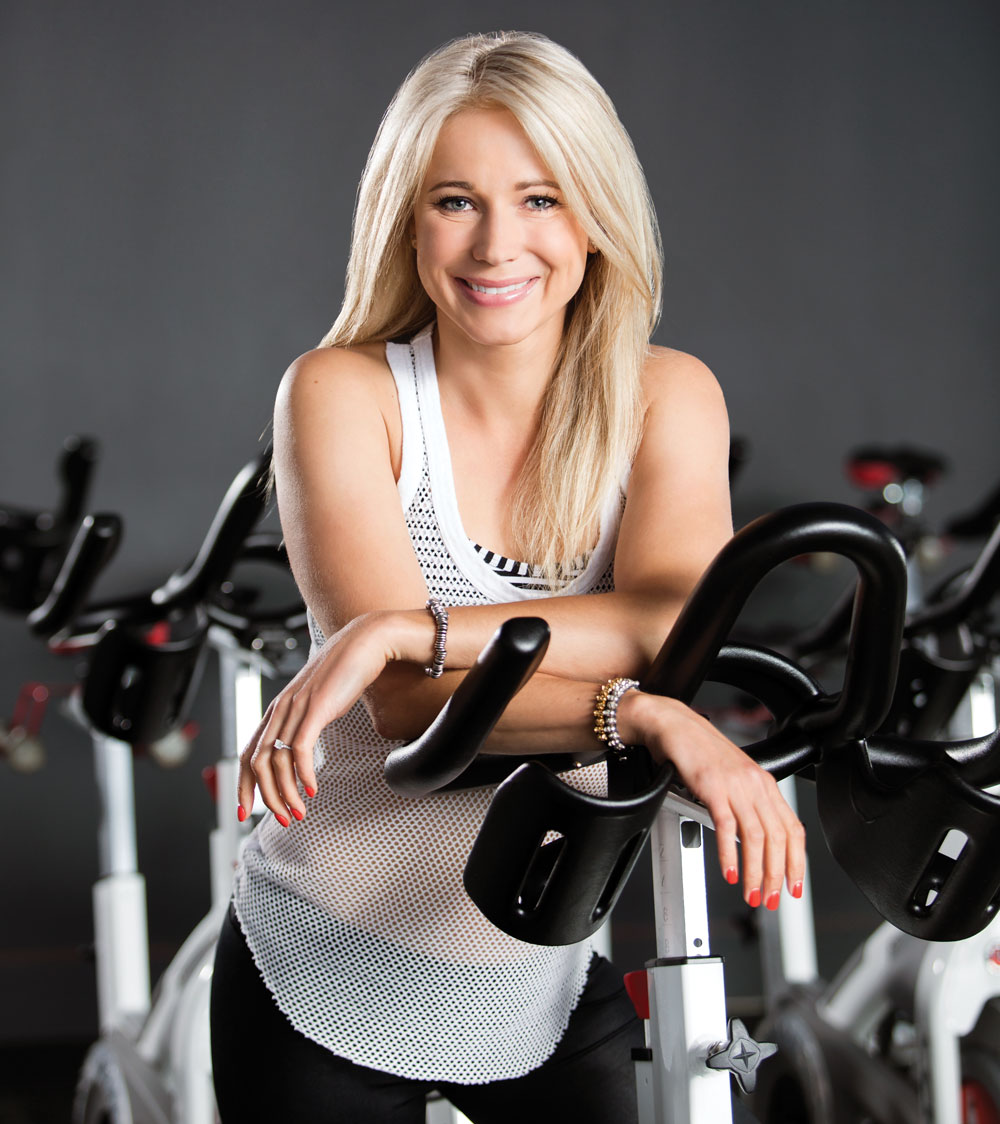 When you’re dreading the first Monday back to work after summer vacation, spare a thought for Amelia Hradsky.

The Altadore Elementary School teacher will spend her day getting to know a brand-new class of rambunctious Grade 1 students. Once the bell rings at the end of the day, when most people would be ready for a nap or a cocktail, she’ll head over to YYC Cycle where she’ll teach two back-to-back, 50-minute spin classes.

“I believe you have to pour every ounce of yourself into whatever you’re doing. If I’m doing something, it’s worth doing it 100 per cent,” she says after teaching a spin class, her blond hair curling with sweat.

That philosophy powered Hradsky to become a player on one of Canada’s top ringette teams, a star rookie hockey player in college and, today, a sought-after spin instructor in the evenings and high-energy elementary schoolteacher during the day.

Monday through Friday, she teaches at Altadore where she’s worked since 2007. Last year, she launched a popular lunchtime yoga club for her kids, getting them to push their desks aside to bust out pint-sized downward dog and lion poses. “It’s so cute and powerful, although it doesn’t necessarily look like yoga,” Hradsky says.

In evenings and on weekends, as well as for one morning class, Hradsky packs a full house for her five weekly spin classes, where she’s known for a big laugh and an ability to squeeze every bit of sweaty effort out of her students, or, as YYC Cycle calls them, the Bikergang.

“It is a crazy schedule,” she acknowledges, “but it doesn’t feel like work. When I get home on Mondays, I’m exhausted. But it’s the best and I wouldn’t have it any other way.”

The 31-year-old adheres to a strategy of “stick with the things you love,” and that keeps her energized though a full workday and a spin class, or while coaching ringette in the evening.

“It’s not so much about goals. I think if it makes you happy, keep doing it,” Hradsky says, adding that she thinks goals are important, but she tries to be mindful of the process instead of just the outcome.

Born and raised in Calgary, Hradsky started playing ringette when she was five. By her teens, she had earned a reputation as a talented skater and dedicated team player. In Grade 12, she switched to hockey because it offered more opportunities for scholarships and a career. She had only played a few months when the University of Minnesota-Duluth called to offer her a full hockey scholarship.

In Hradsky’s rookie year, the team won a national title. However, after one year, she hung up her skates and transferred to the University of Alberta. “What I experienced in that year when I was not on the right path taught me so much about what I need, what I crave, my goals in my life,” says Hradsky.

Nearly a decade later and living back in Calgary, Hradsky felt ready to return to the ice, in non-competitive ringette this time. It didn’t last long. She played one game in a recreational league and the next day received a call from a coach with Canada’s National Ringette League, asking her to join. She went on to play two years with Calgary’s RATH, retiring in 2013 after winning a national title.

About eight months later, she tried spin for the first time. “I loved it instantly. It’s such an adrenalin rush,” she says.

Within a year, she was teaching. On a bike, leading her class through hills and sprints while a motivational soundtrack booms in the background, Hradsky feels exhilarated. “It’s really, really powerful,” she says. “It’s a rewarding space. I become very aware that I have the capacity to positively influence these people around me. To me, there’s no greater feeling.”

And Hradsky has some advice for anyone feeling intimidated by the idea of spin class. “We’re all in there together, competing only with ourselves,” she says. “Everything is in your control so you can take it to whatever threshold you need for you that day.”

Are Psychedelics the Future of Mental-Health Treatments?

Property of the Week: A Luxury Condo Located on Mahogany Lake