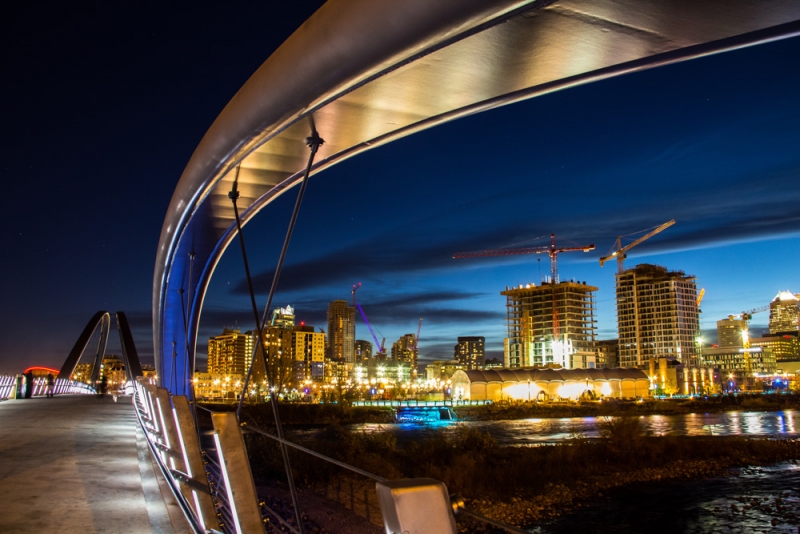 Back in 1875, the first inklings of what became Calgary originated in what is now East Village when the North-West Mounted Police established Fort Brisebois (later Fort Calgary) in hopes of cutting off the illegal whisky trade. By 1906, a vibrant community had sprung up nearby. But as the 20th century wore on, East Village slipped into a slow but steady decline as the centre of Calgary shifted to the west.

The new Municipal Building opened in 1985 and crossed 8th Avenue S.E., creating a barrier between the East Village and the rest of downtown. Crime continued to rise in the area, while commercial activity faltered, leaving the East Village full of decrepit buildings and vacant lots by the late 1980s.

Following failed past attempts to redevelop the area, the City approved the Rivers District Community Revitalization Plan in 2007. The same year, the City created the Calgary Municipal Land Corporation (CMLC), a wholly owned subsidiary of the City, to execute the plan, taking on the redevelopment of 49 acres of largely city-owned land within East Village in the process.

Since then, the CMLC has taken huge strides toward transforming the neighbourhood. The level of commitment was clear from the start this time – from building up the land and underpass infrastructure to acquiring Canada’s first tax increment financing model, known as the Community Revitalization Levy, to fund the redevelopment – making it easier for corporate partners to buy in to the concept.

The creation of CMLC itself,  a company dedicated to seeing the redevelopment through, has also made a difference. Lyle Edwards, chair of the CMLC board of directors, points to the expertise and teamwork of the CMLC staff, led by Michael Brown, president and CEO since 2011, as key to the success of the project.

“It’s easy to be proud of all the buildings that are going up, and I am, but the team that we’ve managed to assemble here – I don’t know quite how we did it, but we’ve got a lot of really talented people,” Edwards says.

The CMLC has also been working to counter the negative perception of the neighbourhood and create an area Calgarians would want to live in and visit. A large part of its success can be attributed to the many completed projects within East Village, including the redevelopment of the RiverWalk, St. Patrick’s Island Park, St. Patrick’s Bridge (now the George C. King Bridge) and more.

Edwards says thousands of people have contributed to making the urban village a reality. Some of that expertise has come from abroad: London-based architecture firm Broadway Malyan created the master plan, Germany-based strategy consultants Roland Berger did the initial marketing and public relations work and New York-based W Architecture & Landscape Architecture and Denver-based Civitas led the landscape work on St. Patrick’s Island. However, Edwards adds there has also been extensive local involvement.

“We wanted people from all over the world looking at this because we didn’t want to miss an opportunity, and it turned out they were the best. But everything else has been local,” Edwards says. “The local involvement has probably been greater than I would have anticipated at the start.”

Some local contractors and consultants, like hydro-technical engineer Wim Veldman, have been involved throughout the redevelopment. Most recently, he provided his water expertise for the St. Patrick’s Bridge and features on St. Patrick’s Island. But he also played a key role in establishing “the 1:100 year design flood level” for East Village during the early infrastructure redevelopment days, and successfully recommended adding a freeboard, or safety factor, of one metre to keep the area safe from potential floodwaters.

“It’s like any other thing that you design for – you should have a safety factor because nature [is] sometimes not as precise as your calculations,” says Veldman, who, during much of his work with East Village, was vice-president of Matrix Solutions. “I quite often say to clients, ‘The river is smarter than I am,’ so I’m going to consider that.”

East Village projects that are still in progress include Studio Bell (home of the National Music Centre), the New Central Library, new condo developments and an urban shopping centre. The New Central Library recently finished its first major stage this past September, after encapsulating the LRT line, over top of which the library building will sit.

“It’s really an enabling project, in a way,” says Brock Schroeder, structural engineering consultant for the New Central Library project team. “You’re taking a site that would’ve been very challenging to develop otherwise and making it developable by putting this encapsulation in place.”

It will be several years before the entire redevelopment is complete, but the changes are already affecting the city and those moving into the area. For a neighbourhood that has long lived in the past, East Village now has a future Calgarians can look forward to. 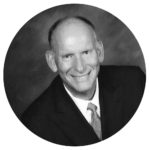 With more than 45 years of experience as a hydro-technical engineer, Wim Veldman acted as a consultant for St. Patrick’s Bridge, the Elbow River Traverse, the RiverWalk and features on St. Patrick’s Island including the Rise, the Seasonal Breach and the Lowland Channel. He also helped acquire regulatory approvals for these projects and provided field engineering during construction. 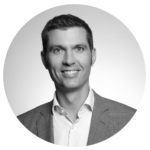 Encapsulating the LRT for the New Central Library

In order to use the area efficiently, the New Central Library architects decided to build it on top of the LRT line. This meant encasing 135 metres of LRT track with concrete panels so the library could be built vertically on top of the encapsulation. Construction of the library will disrupt CTrain service as little as possible because of the walls around the train. The encapsulation process took approximately one year to complete and was divided into four major steps, each requiring its own experts to make sure all went according to plan.

Hover your mouse over the number icons to learn more about how the LRT encapsulation worked. Project images by RK Visualization.