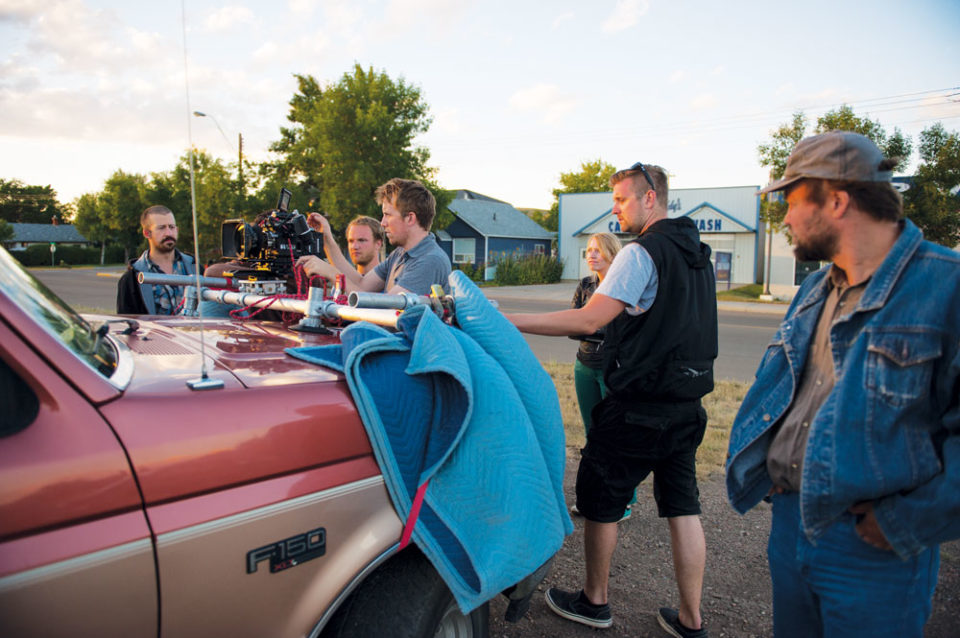 From the 28 applications, the CFC awarded grants to six emerging Alberta filmmakers with projects across a range of formats that includes feature films and a series pilot – three production-ready projects and three in the pre-production/development stage.

“The fact that this has been launched shows that locally there’s support for the industry,” says Kyle Thomas, a member of local film collective North Country Cinema, which received a Project Lab development grant to work on its next film, Vance Adams.

“We get a lot of big productions that come in from the States, and that’s really the Film Centre’s bread and butter,” says Thomas, “It’s really nice to see that they’re taking interest in looking out for the more independent filmmakers.”

The CFC Project Lab funding has allowed North Country Cinema to hire a script editor for their project, something they usually can’t afford. Project Lab also offers opportunities and resources for its emerging filmmakers such as shooting venues, equipment and connections to experienced film professionals to act as mentors.

“It’s not just money. They’re opening up their doors and Rolodexes and saying, ‘Hey, you need this? Let me see who I can connect you with,'” Thomas says. “If the Film Centre’s program had been around when I made [previous film] The Valley Below I would have definitely applied. Having time, money and resources to work on your script and pitch make the project that much stronger.”

Bolstering the local film industry has a larger economic benefit, too, as film, television and digital production bring in an average of $150 million each year to the Calgary area. And, thanks to this new funding, more emerging voices will be contributing to that number.