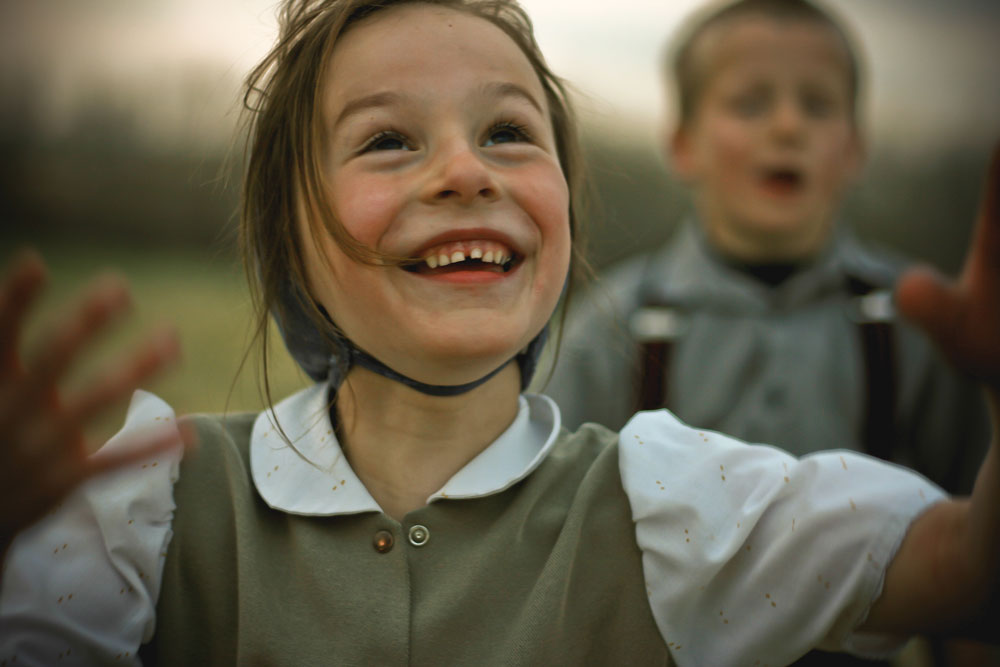 There’s a photo in Kelly Hofer‘s book that captures a pivotal moment in his life. It’s a striking black-and-white, window-lit shot of his mother caring for his grandpa. He took it during the last time he saw his grandfather and just days before running away from his life as a Manitoba Hutterite.

This intimate moment is a small glimpse into the photograph-resistant Anabaptist community depicted in Hofer’s Hutterite: What I saw growing up as a Hutterite teen. While Hofer’s aren’t the first published images of this group, he says they’re important in telling a story about what it is like to be a Hutterite, from a Hutterite perspective.

The Calgary-based photographer says most documentary images of Hutterites show a single, isolated person. Hofer’s photos, shot when he was between the ages of 12 and 19 and mostly in Green Acres Colony, aim to combat that. Hutterite, which Hofer intends to publish in September after a Kickstarter campaign in August, is colourful and lively – filled with smiling faces and group activities.

The book shows Hutterite life beyond agriculture through images depicting childhood into young adulthood – the period Hofer experienced before leaving. He points out a photo of young people gathered drinking beer and another of family and friends on the front lawn of his family’s home. “Everyone’s laughing,” he says. “It’s just a very genuinely fun life.”

Despite these cheerful images, Hofer’s community wasn’t supportive when he picked up photography at the age of 11. His first photos were shot in the privacy of nature on the colony school’s point-and-shoot camera that his father, the school principal, would bring home for safekeeping. Eventually, Hofer’s focus turned to colony members. He would publish his photos online and regularly receive takedown requests from his subjects.

“Nobody was happy about it for the first five years,” he says. “But, as I shot more and more, they just started ignoring me because they knew I wouldn’t listen to their request to not shoot photos.”

Other than his mother requesting he remove a few select photos – one being a scene where a woman isn’t wearing a head cover – the response from home has been positive, he says.

Hofer left Green Acres in 2011 at the age of 19 after realizing he couldn’t reconcile his sexuality with his Hutterite identity – he came out as gay on Facebook after leaving – but he maintains his love for his culture despite their inability to accept him.

“There is no other Hutterite photo book in the world telling their story, made by a Hutterite,” he says. “I want it to be something they’re really happy about.” 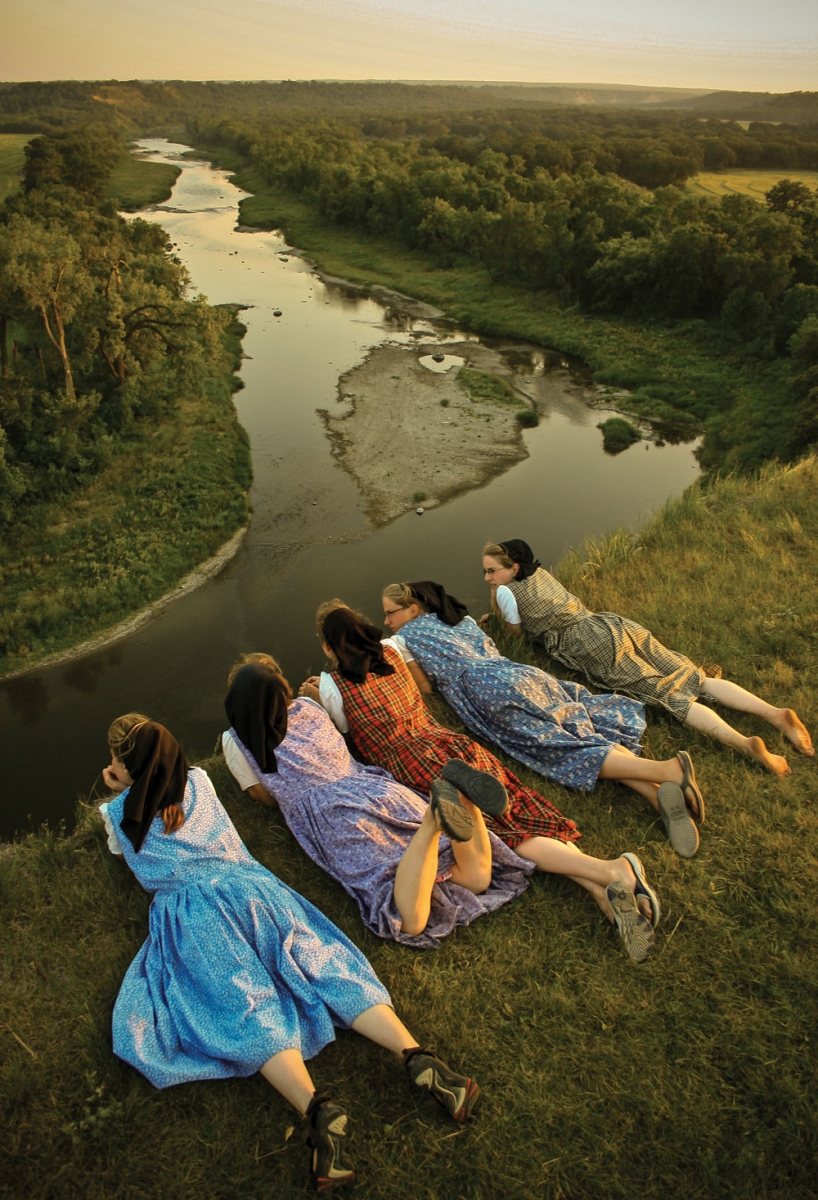 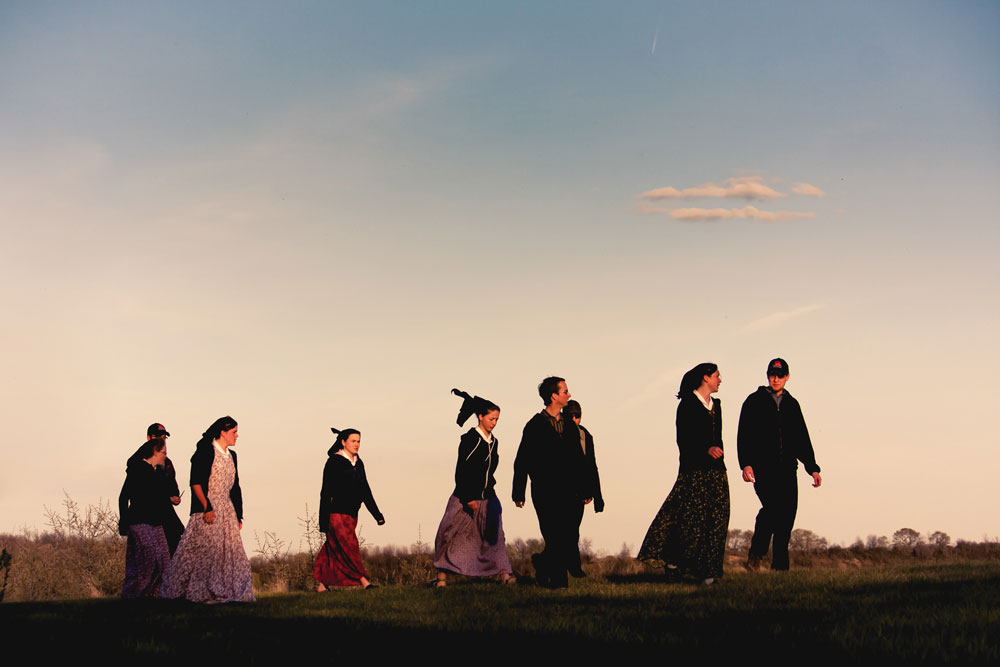 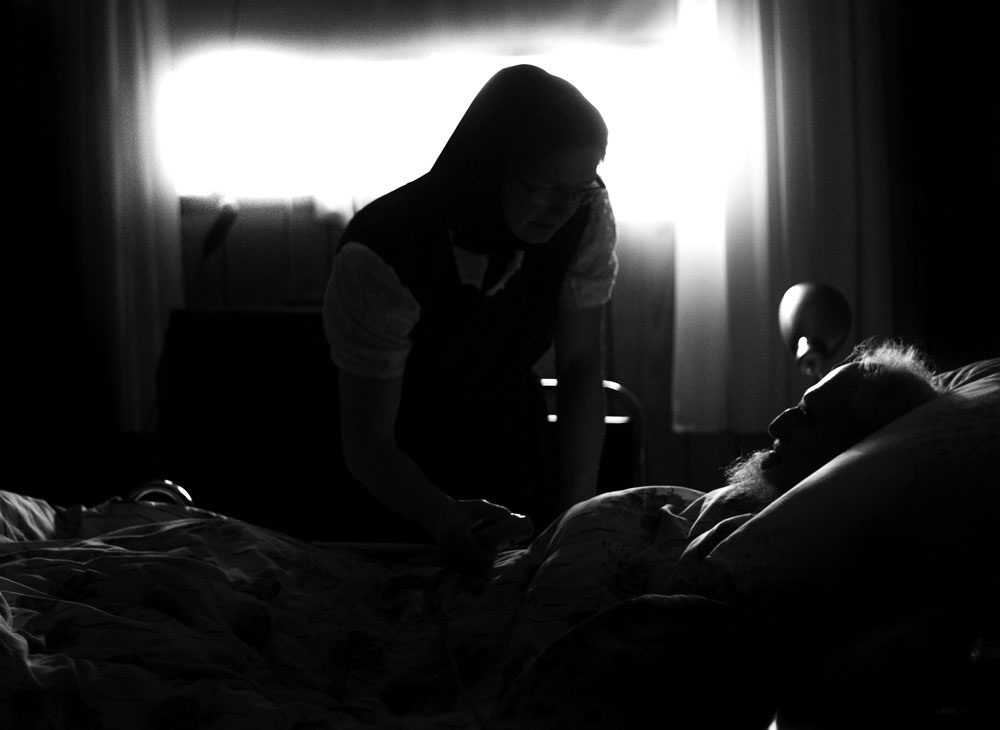