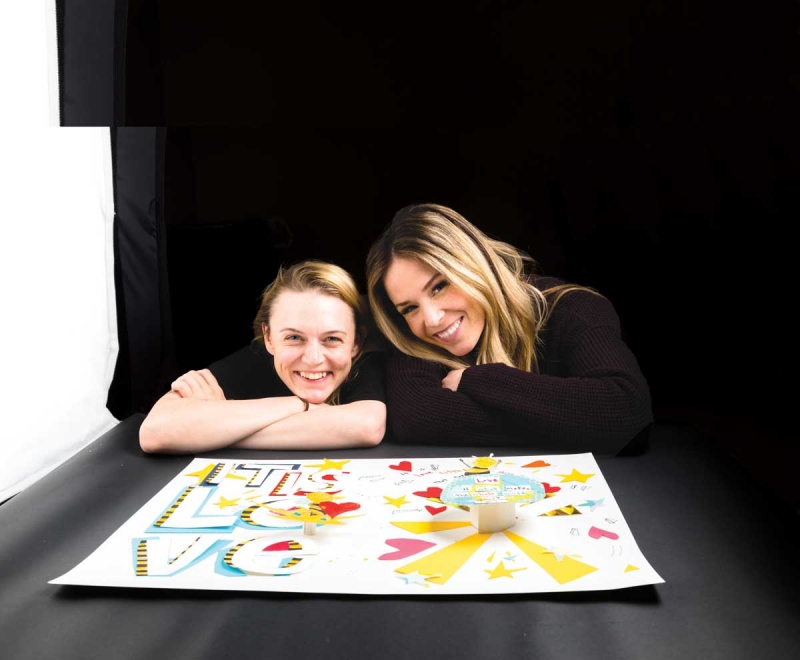 Kristin Hallett had never been a napper, but one day, when she was about three months pregnant, she laid down in her soon-to-be baby’s room, drifted off to sleep and had what she says was “the craziest dream.”

When she woke up, she grabbed her phone and wrote down everything from the vivid dream about a mama honeybee sharing life lessons with her little bee, including a subtle message about loss. “The story just came to me,” says Hallett, a host/producer with the Calgary Flames, “and I didn’t think about it again.”

Months later, Hallett lost her baby boy, Will, to miscarriage – and it was then that she re-discovered the story in her phone. “It’s like I was reading it for the first time,” she says. “I just started bawling. It felt like a gift from him.” She decided then and there to publish the story.

To bring her honeybees to life, Hallett partnered with Mandy Stobo, a Calgary-based visual artist best known for her Bad Portrait Project.

“Mandy really manages to keep that innocent childlike feeling in her work,” says Hallett. “It was exactly what I wanted.” Their efforts took nearly a year but, in the summer of 2017, Hallett launched her self-published book at Plant in Inglewood. She dedicated the book to Will and “every little soul whose wings were ready long before their parents’ hearts will ever be,” and hoped that parents would find comfort in its pages.

Bee Love resonated with readers from the beginning. Though the local printer had advised her to print 100 copies, Hallett printed 500. Through Amazon and a few local retailers, they sold out within the first week. Since then, demand has been so great that Hallett has had to shut down Amazon sales. While other local retailers, including Purr Petite and Steeling Home, offer the book, it’s also available nationally through West Coast Kids. Indigo and Nordstrom are also interested in carrying the book, leading Hallett to shop for a publisher that can help meet the demand.

For now, she has her hands full with work and her nine-month-old baby girl, Perrin, conceived while Hallett was working on Bee Love. In Perrin’s first months, before she could appreciate the illustrations, Hallett would whisper the story to her as she fell asleep. “I would always tell her it’s from her brother.”