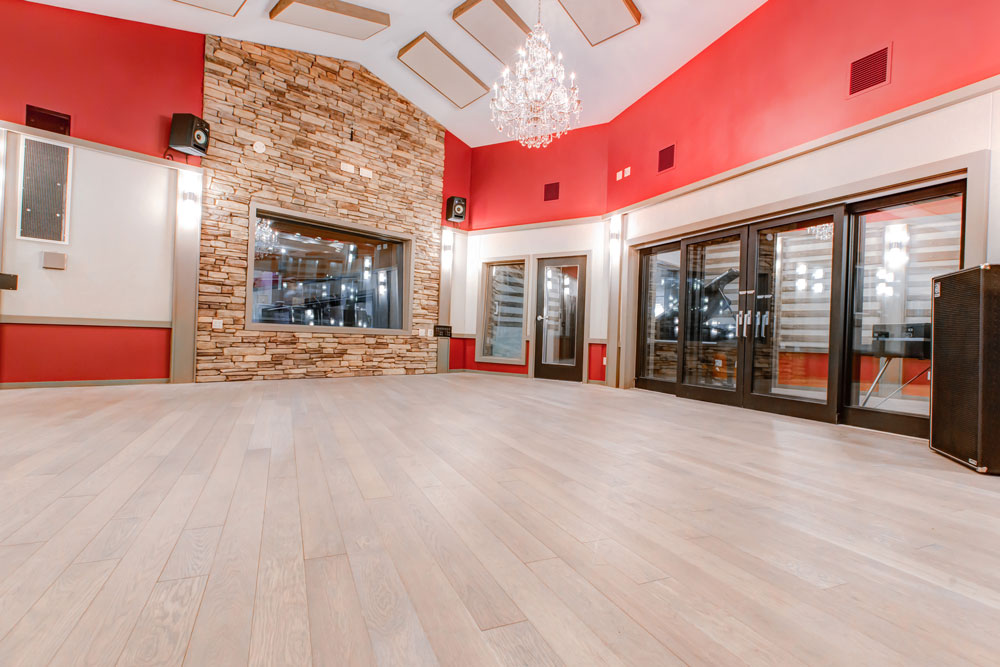 Drive east on Township Road 240 near Chestermere, past fields strewn with hay rolls and marshes scattered with cattails. After the asphalt turns to gravel, you’ll find a red house so large it could be mistaken for an inn.

This is OCL Studios, and you can stay there, but only if you’re in the music business. Western Canada’s only commercial-grade residential recording studio, OCL also has the distinction of being the only sound studio in Calgary that includes the option to make chili in the kitchen.

Artists have sought out the studio from near and far; Brett Kissel has recorded several demos here and Theo Fleury made his first full-length album at OCL.

Yet the industry behind the studio’s existence isn’t rock ‘n’ roll. Or even a little bit country. “It’s the studio that asbestos built,” says owner Dan Owen. He’s not joking. His company, Owen Construction Limited, specializes in asbestos removal.

Before Owen was a hazmat abatement contractor, he was a drummer. In the ’80s, he travelled throughout Western Canada, playing gigs with his group, Avenue Road.

In 2010, Owen decided to get the band back together and was determined to finally make an album. Not content to book recording time, he chose to build his own studio. But this wouldn’t be just any home studio. Owen brought in Sarah McLachlan’s sound engineer Chris Potter and travelled to Nashville to purchase a soundboard so large it had to be shipped in pieces.

The result is a space with three separate studios that allow three bands to record at once, as well as cozy bedrooms upstairs that provide lodging for up to eight people. Items on offer for visiting artists include at least 100 microphones, 30 snare drums, 11 drum kits, a dozen keyboards, several pianos and a harmonium.

The studio’s chandelier-lit great hall is an impressive sight, with a giant picture window framing the Rockies in one corner, and a stained-glass window featuring the Beatles in Sgt. Pepper regalia – a remnant of the old Hard Rock Cafe in Eau Claire – anchoring the room. It’s no wonder several bands have shot their music videos here.

Despite being booked solid months in advance, OCL Studios plays a large part in the Prophets of Music Foundation to assist emerging artists. “The takeaway is that [bands] come here and make a record,” says Owen. “We try to help them out with record companies. Then we send them on their way. Hopefully they have a few tools to help them succeed.”

Coming full circle, his own band’s first album, three decades in the making, should finally be released this spring. 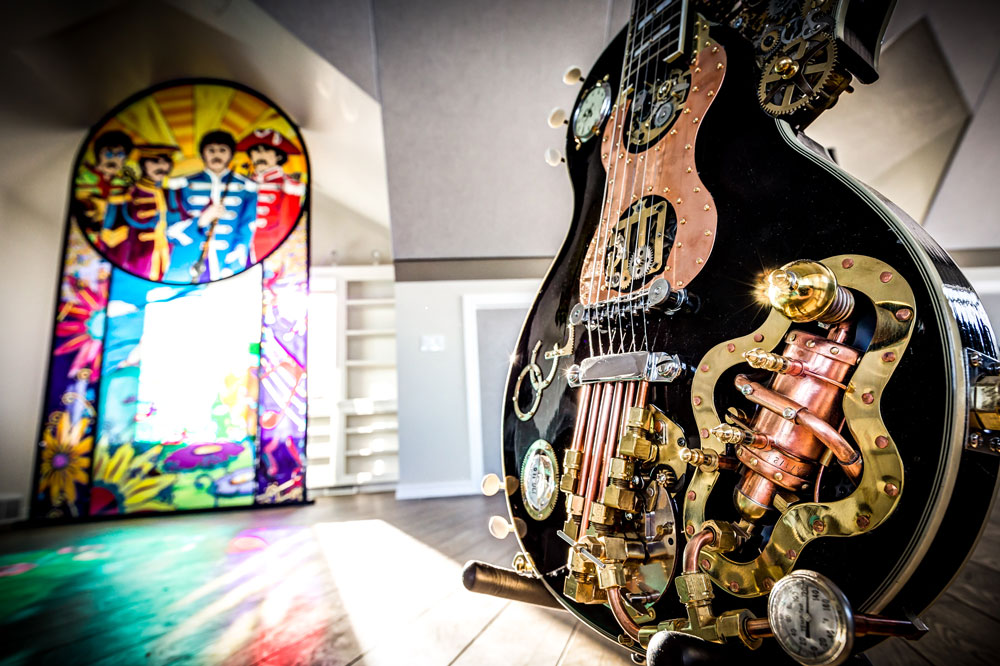