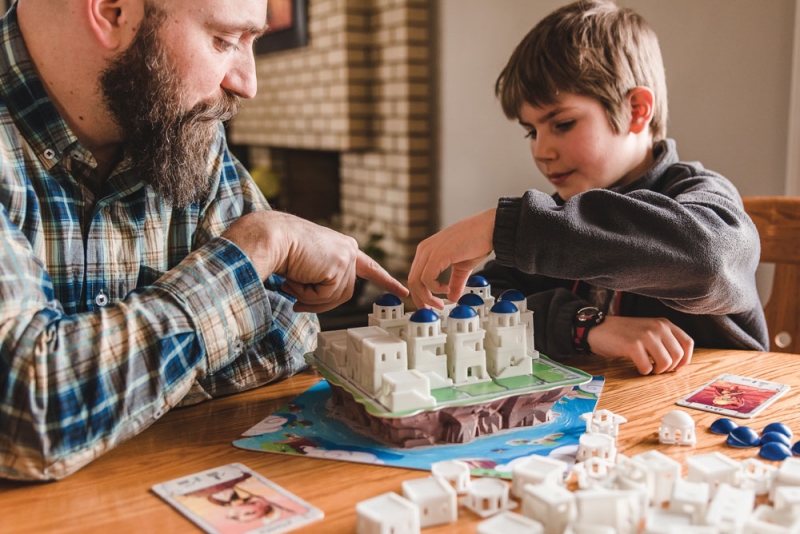 When a friend of Gavan Brown’s first introduced him to Carcassone, a German board game, Brown didn’t expect much. His previous history with board games had left him with the impression that they were dull. By the end of the play session, however, Brown was hooked. “When I was done I just stared at it for half an hour, thinking ‘where have I been?’, ” he says. “I decided I had to do this for the rest of my life.”

These days, Brown has less time to reflect on the awesomeness of board games. He’s too busy developing, designing and play-testing new games as co-founder of Roxley Games, a boutique game publisher based in Calgary.

Initially set up by Brown in 2011 as a conduit to do branding, Roxley shifted purpose to game design and publishing in 2013. Brown realized at that point the only way he was going to design games as a career was if he both made and published games himself.

Together with a small team of like-minded board game enthusiasts, Brown and Roxley Games have so far created three high-quality, engaging games, spawning a loyal fan base that put their money where their “meeples” (pieces that represent the player in-game) are. Through Kickstarter, Roxley’s second game, Steampunk Rally, raised $237,215 on a $42,000 goal, and their latest, Santorini, raised more than $700,000 on an $85,000 goal.

“[For Santorini] there’s no way it could work without Kickstarter,” says Brown. “No company would be willing to risk $110,000 on an abstract game with a theme.”

Santorini, a strategy game where gods compete to get their followers first atop their temple, is set to launch in early 2017, and has already caught the eye of major retailers. Roxley’s Steampunk Rally, a machine-building tile and dice game, is now sold in more than 600 Barnes and Nobles stores in the U.S.

“We’re not the best company [in board gaming],” says Brown. “But in terms of our trajectory, we have one of the best in the industry.”

Brown believes their success is well deserved, as the completely part-time team at Roxley spends years developing their products, knowing that quality is their key to success. “The decisions we make for the game aren’t to be more profitable, but to make the game better,” says Brown. “We’re trying to make awesome games, that’s it.”