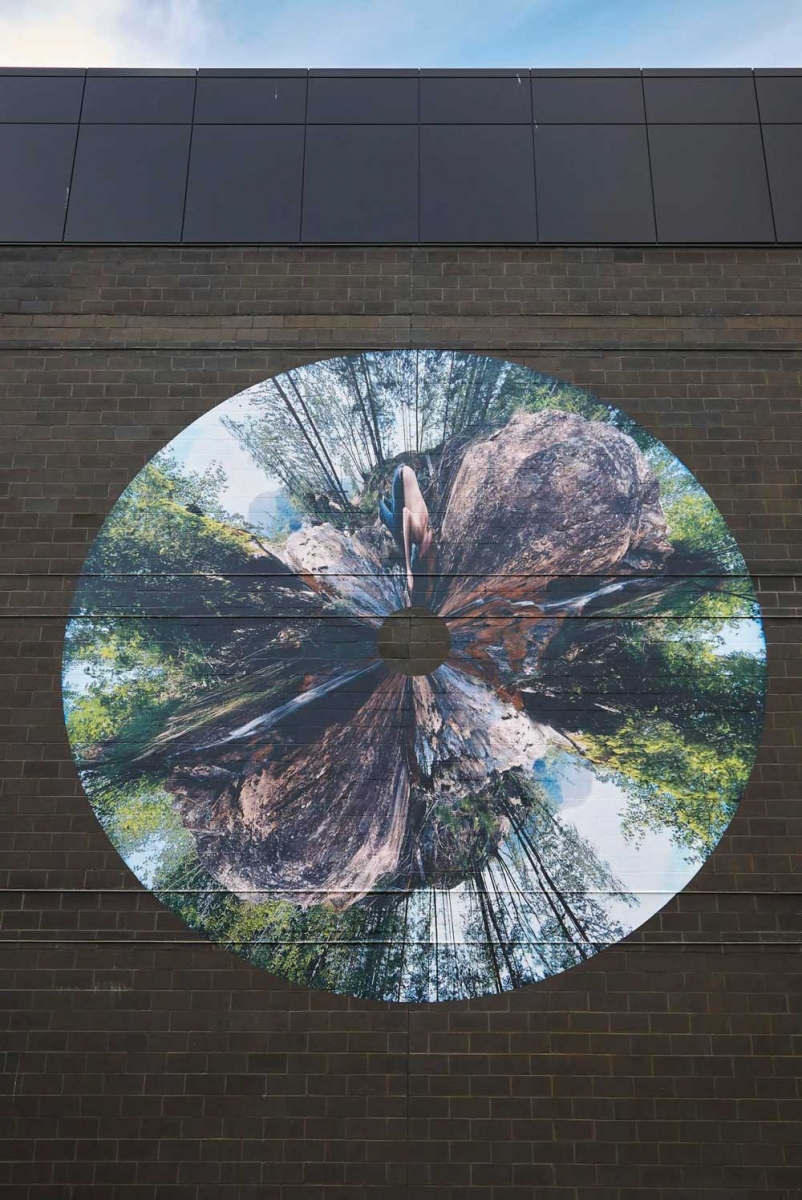 A giant circular photographic mural by M.N. Hutchinson sits high on the dark wall of the Odeon Building in Marda Loop. You recognize leafy trees, mountains, lichen-covered rocks, a pond and a man in blue jeans dousing his head in a mountain stream. But the details appear more distorted as you look toward the centre. Scan the outer circumference and see how the landscape repeats itself, giving the effect of a reflection. Small differences reveal the two halves actually form a two-part time-lapse sequence.  The man disappears in the bottom half. And a furtive dark shape behind the trees at the 10-o’clock spot has vanished from the corresponding four-o’clock spot.

M.N. Hutchinson, the photographer and central character, is still perplexed by that mysterious dark presence. He had travelled to investigate his family history in Haukom, Norway, carrying a homemade motorized panorama camera that he fabricated with his father’s help. Holding the remote while he dunked his head, he didn’t notice any creatures nearby.

Hutchinson (a.k.a. Hutch) is one of the most knowledgeable, experienced and inventive photographers in Calgary. An active professional photographer since 1981, he taught for 21 years, and continues to work as an artist, employing photography and a bit of performance. His self-portraits are somewhat mysterious, perhaps unlikely, but mostly true.

Originally, Hutchinson envisioned this image as an anamorphic photograph on a table that would come into focus in a central upright cylindrical mirror. The French mathematician Jean DuBreuil published the complex distortion formula in 1679 and by Victorian times it was the basis for popular optical toys. When Hutchinson produced the digital image, he realized it was just as interesting on a wall without a mirror. This super-size version, in an outdoor public setting, is the next generation of experimentation.