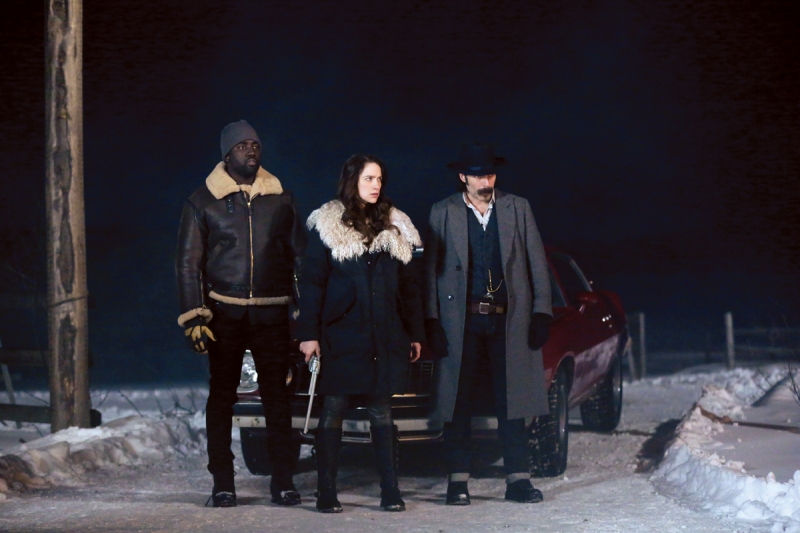 Calgary-raised Emily Andras is the creator and executive producer of Wynonna Earp, a supernatural Western, now in its third season, filmed in the Calgary area. For those who don’t count themselves among the series’ hard-core fans (known as “Earpers”), the show is about the great-great-granddaughter of legendary cowboy Wyatt Earp. Due to a family curse, Wynonna must use Wyatt’s “Peacemaker” gun to shoot demons (resurrected nemeses of Wyatt) and send them back to hell. Historic CL Ranch west of Calgary stands in for the Earp homestead.

Andras says part of what drew her to the material (the show is based off of a comic book of the same name) was the realization that she could film the show in Calgary. Andras spent most of her childhood here before before a job change took her family out east when she was 16. She was particularly upset about the move, since she had just been cast in her high school’s production of Anne of Green Gables. In a twist of fate, Megan Follows, who played Anne in the well-loved 1985 TV adaptation (and defines the role for many) is joining the Wynonna Earp cast this season in the role of Mama Earp.

Andras considers the landscape around Calgary to be a character in itself. “Endless landscapes, eerie plains and imposing mountains, and this idea that danger can come from anywhere, even miles away, and maybe you can watch it coming toward you but there’s nothing you can do – I think it injects the characters on the show with the sense that this land is so special and unique and raw, that it’s worth fighting for,” Andras says. “It’s not just the people on this land that they’re trying to save, but the land itself. I really don’t think we could make the show anywhere else but Calgary.”

Sometimes the Albertan landscape can provide drama in real life as well – Earp has had to stop filming twice because of the cold. Andras says that production shut down not because the crew complained, but because the cameras stopped working. “Just to give you some sense of the ruggedness of our crew, the equipment gave up before our people did,” she says. “This is kind of what you get for such incredible beauty. That’s the trade-off, the extremes. Let me tell you something, it’s never boring.”