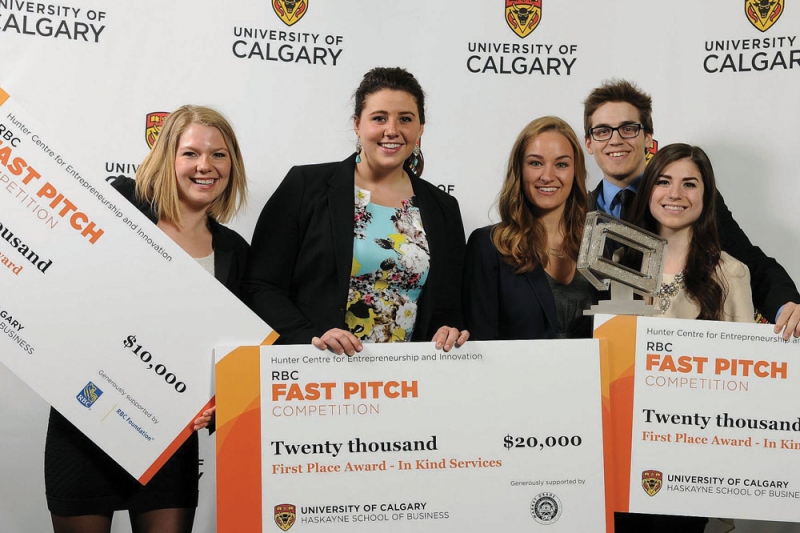 The university students who created it hope to have a prototype of the Securelet bracelet by January, 2016.

Students at the University of Calgary may feel a little safer next year thanks to a fashion-forward product to reduce sexual assault created by their classmates.

When asked to come up with a business proposal for an entrepreneurship class, Haskayne School of Business student Cassidee Smith was struck by the statistic that one in four women will be sexually assaulted during her life. She and fellow group members Kira Lagadin, Renae McArthur, Reagan Nagel and Kelly Weber decided to address the issue with a bracelet called Securelet.

“We could fit easily within that statistic, and the class just gave us an opportunity to do something about it,” says Smith.

Their team beat out approximately 100 other groups from the class to make it to the university’s inaugural RBC Fast Pitch Competition in April, where 12 members of Calgary’s business community named them the winners over 11 other finalists. They were awarded $90,000 in funding and in-kind services to make Securelet a reality.

Knowing the bracelet’s appearance would be key to getting women to wear it, Smith says the team chose a silver band for a fashionable, yet simple look. It will have a subtle button that, when pushed once, will send GPS coordinates to campus security. If pushed twice, it will also produce a high-pitched whistle to try to scare away attackers.

The team aims to have a prototype ready by January 2016, and has tentatively partnered with the University of Calgary’s campus security to launch Securelet on campus. They hope to expand to other universities in Western Canada as well.

“We’re excited … to ensure that every female does feel safe, whether they’re alone or in a group, whether it’s a night out at [the U of C’s campus bar] The Den or they’re walking home from the library,” Smith says. “It’s awesome to know that we will be making campus a safer place.”