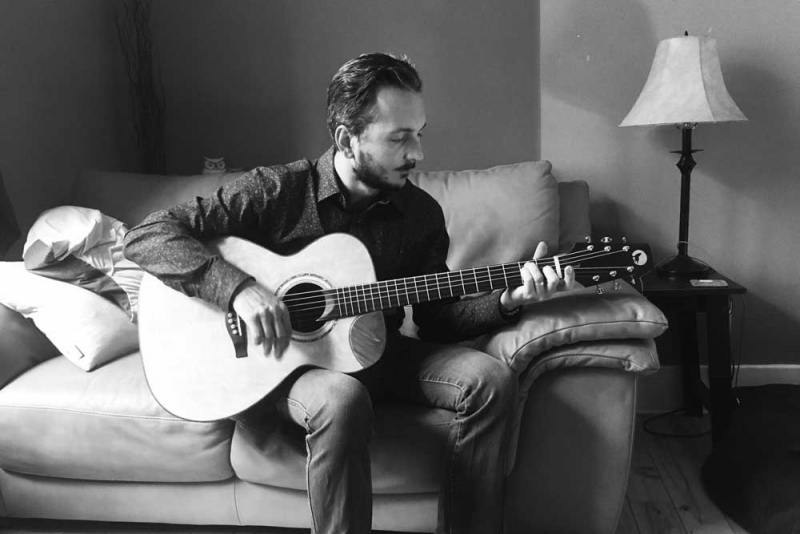 Steve Rozitis knows guitars inside and out. Having obsessed about guitars, both acoustic and electric, since his early teens, he is currently the repairman for string instruments at Music Centre Canada and a go-to guitar repairman in the city.

In addition to repairing guitars, Rozitis also builds them. He aims to one day have his luthier business, R Guitars, be his full-time gig.

“We have enough wood to make about 500 guitars,” Rozitis says. “The wood has to be stored in Calgary for a minimum of five years [before it can be used for a guitar]. About 10-per cent of the stock either warps, or cracks or just cannot be used – you don’t know until you let it age.

“We’ve been building this company for about five years – anytime we sell a guitar we don’t pay ourselves, we just buy more wood and we turn that wood into four more guitars. We make everything from scratch, the only things we buy are the metal parts: the frets, the tuners, the truss rod.”