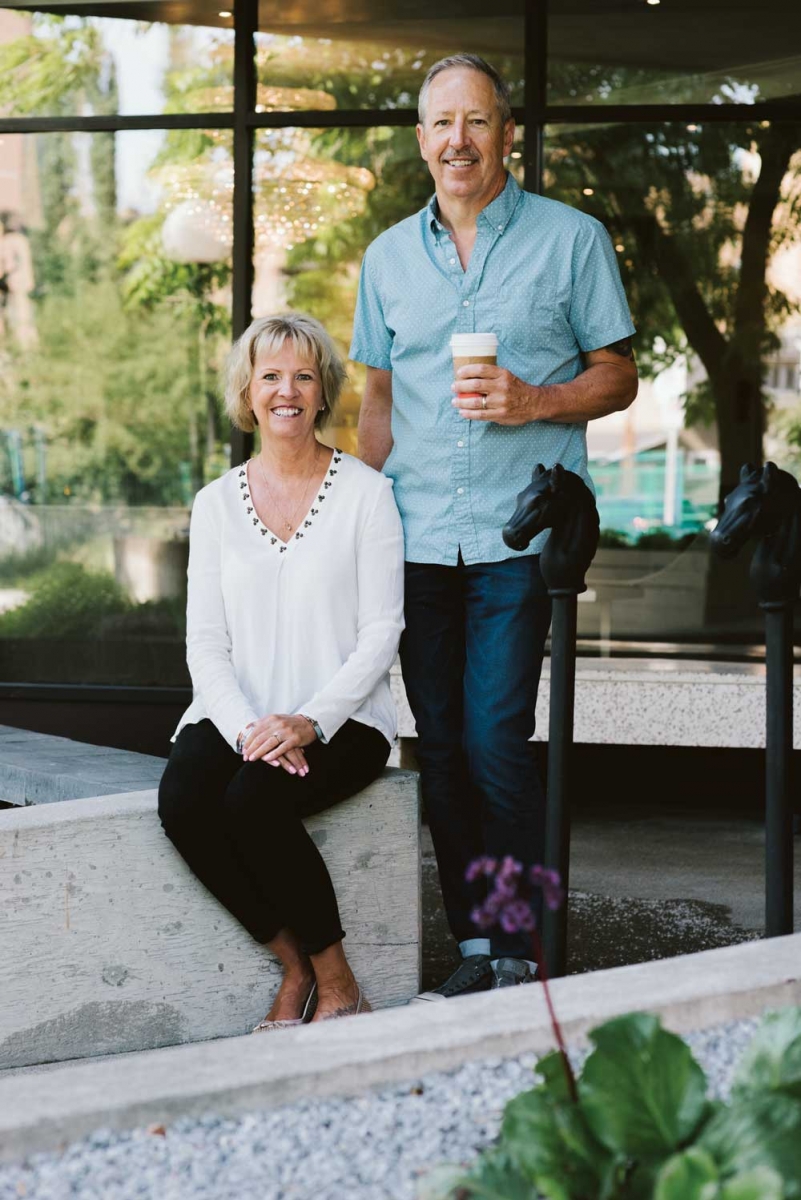 Kelly and Tim Heembrock outside their apartment-style condo in Mission.

Livia McCabe and Brendan Hughes are realtors with Re/Max Real Estate (Central) who’ve helped many people move from outer communities to downtown and vice versa. In their experience, the people moving into the city centre from the outskirts tend to be empty nesters looking to downsize and simplify in their retirement. “With the kids grown up and gone, most of them find their current property too large and in need of a large renovation,” says McCabe. “They would rather sell and find something turnkey that they could enjoy immediately.”

The opposite category is primarily made up of younger people looking to shift from renting to buying. “When they look at their preapproval amounts and the housing choices within their budget, as well as looking longer term to where young families are generally located and amenities for [growing families], many of them choose to move to the suburbs,” says McCabe.

Nancy Redjepi is one of the people who moved to the burbs from the city centre. She lived for more than a decade in her 900-square-foot Bridgeland bungalow before deciding to head out of the downtown area because she didn’t want to live between neighbouring properties that were being converted into infills – though that wasn’t the only reason. “I’d get a lot of transients. I’d had to phone the police a few times when they were drunk, sleeping on the street,” says Redjepi.

Four years ago, Redjepi moved into a 1,600-square-foot house in the northwest community of Royal Oak, and loves her life outside the core. “I like that my backyard is the country hills with no houses behind me and I like the convenience of [nearby] stores,” she says. “As for development, sure Bridgeland’s great, but Royal Oak’s great too. When I look out my back window, I see the new YMCA being built there, and in the summertime I hear the Butterfield Acres roosters crowing, right in my backyard. I love it up here.”

On the flipside, Tim and Kelly Heembrock, a couple in their mid-50s-early-60s, moved from the Hamptons to Mission in order to be closer to the places they enjoyed visiting. “We were down here [in Mission] quite a bit anyway. Most weekends we’d come down,” says Tim. “Our long-term goal had been to move downtown.”

Kelly says it was a combination of location, walkability and less maintenance that convinced them to downsize from a 2,500-square-foot walkout bungalow in the northwest to a 1,280-square-foot apartment-style condo in the inner city. “The neighbourhood was really key,” she says. “We’re a block off the river and two blocks off 4th Street and a few blocks from Lindsay Park, so it’s super convenient to walk to so many places. We love this area.”