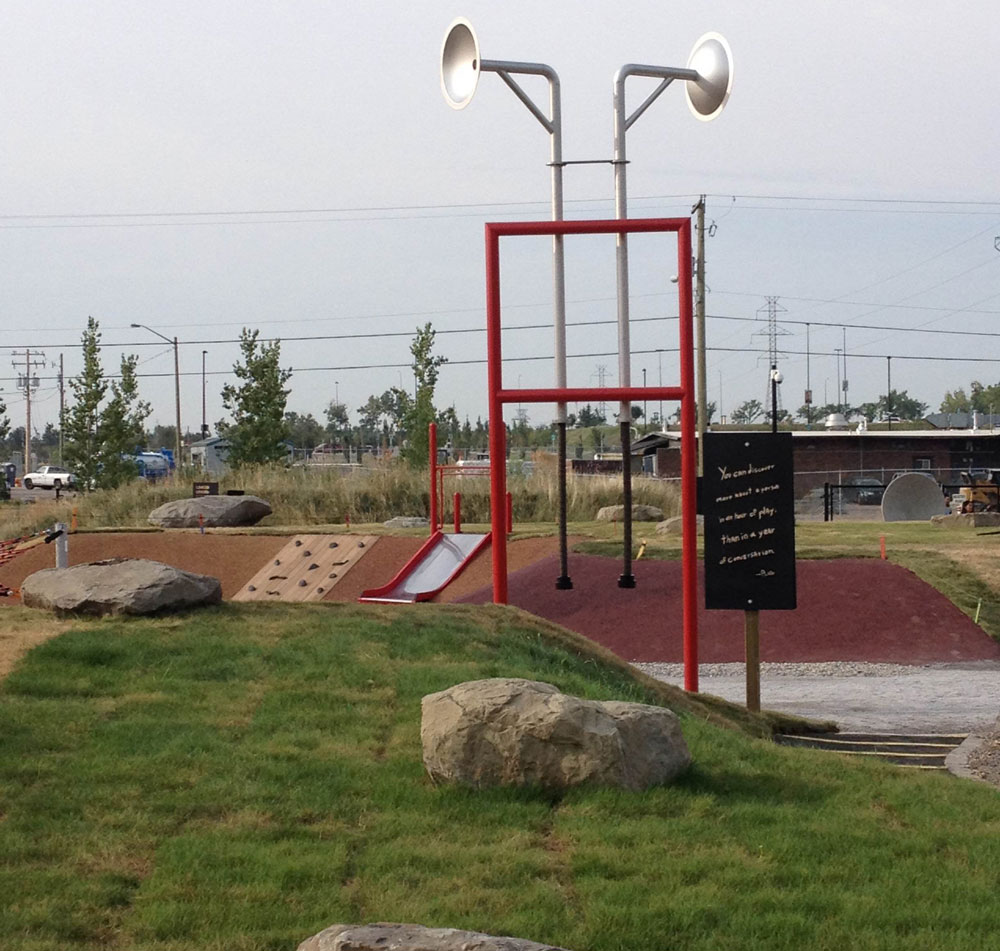 Just because you’ve already celebrated reaching double digits (many years ago…) doesn’t mean that you shouldn’t be playing anymore. On the contrary, if you’re still hoping to learn new things then you should be outside moving and exploring new things.

The Brainasium at the Telus Spark Science Centre encourages Calgarians to do just that: get moving and get learning. Kris Kelly-Frre, the exhibit developer, says that he designed the playground with both science and play in mind, and to encourage visitors to think about how things move and how things connect. “Exercising means you’re priming your brain to learn and priming your brain to grow, says Kelly- Frre. “When you balance on rocks or climb a tower, you’re getting ready to go inside and engage with challenges you can’t even imagine.”

Construction on the all-weather Brainasium began in November, and lucky for us, this is just the first phase. Kelly-Frre says that this phase of the playground encompasses traditional science and encourages visitors to explore physics but that three or four more “classrooms” are in the works. While details are still being ironed out, Kelly-Frre envisions the next phases highlighting the city’s natural landscape and weather, the site’s wetlands and “planes, trains and automobiles.”

While the Brainasium is specifically for kids ages 8 to 12, adults are encouraged to participate and get their neurons firing too. In fact, for this week’s Adults Only Night a pirate-themed bootcamp is taking place at the playground.

The outdoor park opens on August 15.

The Whisper Dishes with the rock challenge in the foreground.

4 Activities To Try at the Brainasium

The rock hop and spin challenge

There’s a huge rock located on the right of the park and it’s not just for show. Challenge your brain by spinning the rock as fast as you can and then try to balance on one foot while keeping your eye on the spinning rock. It’s harder than it sounds.

If you’re not too dizzy, then try to make it through the rock garden. Step and balance on each of the rocks without stepping onto the grass more than five times. You’ll feel this one in your core, especially if you’re not graced with particularly long legs.

Run through the stick forest

This looks a little threatening, but that’s part of the fun. Dodge through the forest without letting your body touch any of the apparatus. This will get your heart pumping and it will work on your agility as you dodge between the sticks. 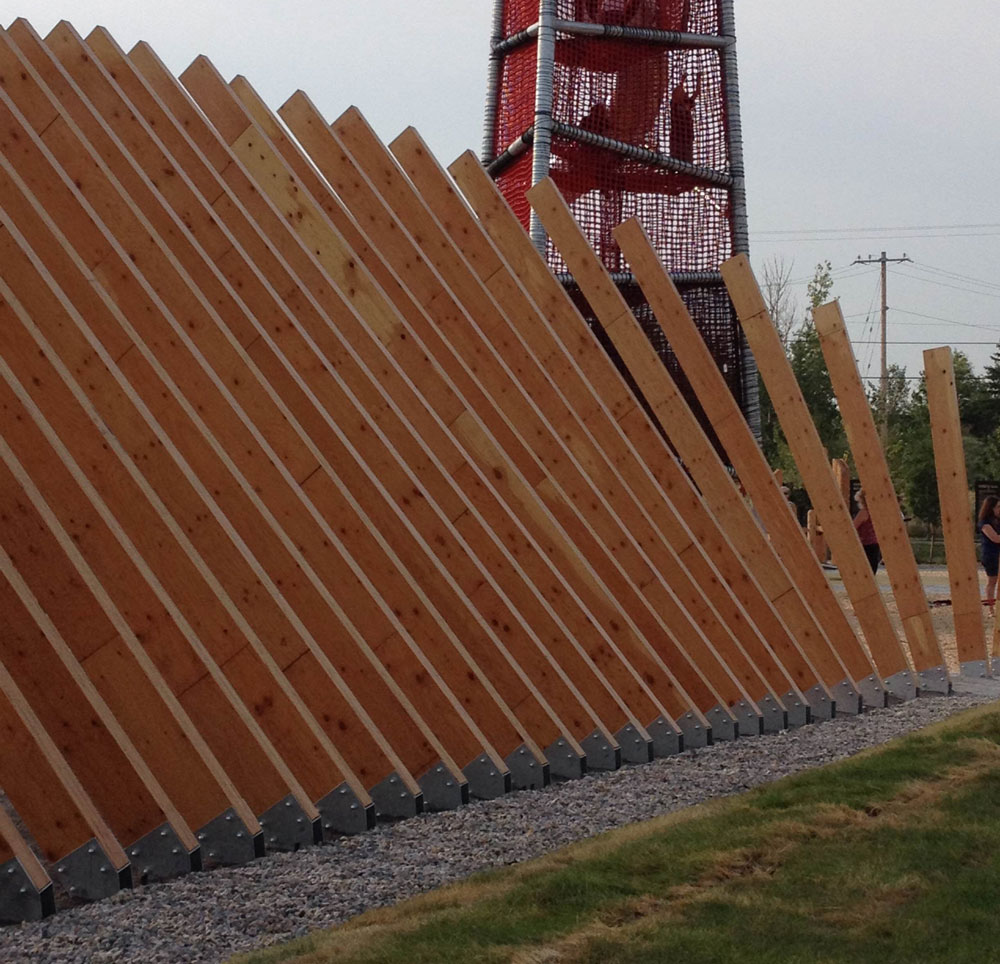 The 36-foot tower and the Zipper.

You’ll get a view of the entire park if you choose to take on this challenge. Climb the rope-ladder walls to the top of the 36-foot tower. For a real challenge, don’t rest on the tower platforms and just keep going up – you can catch your breath before you go down the slide.

If you’re coming to the park in the winter, know that the tower was designed to be big enough for you to climb with mittens and boots.

Slide down the 63-foot slide

Scared of heights or small spaces? Then challenge your brain with a new experience by zipping down the slide that came all the way from Germany. This is an exhilarating way to end your time at the Brainasium. (And know that the slide works even if you’re wearing snow pants and it’s below zero outside.)