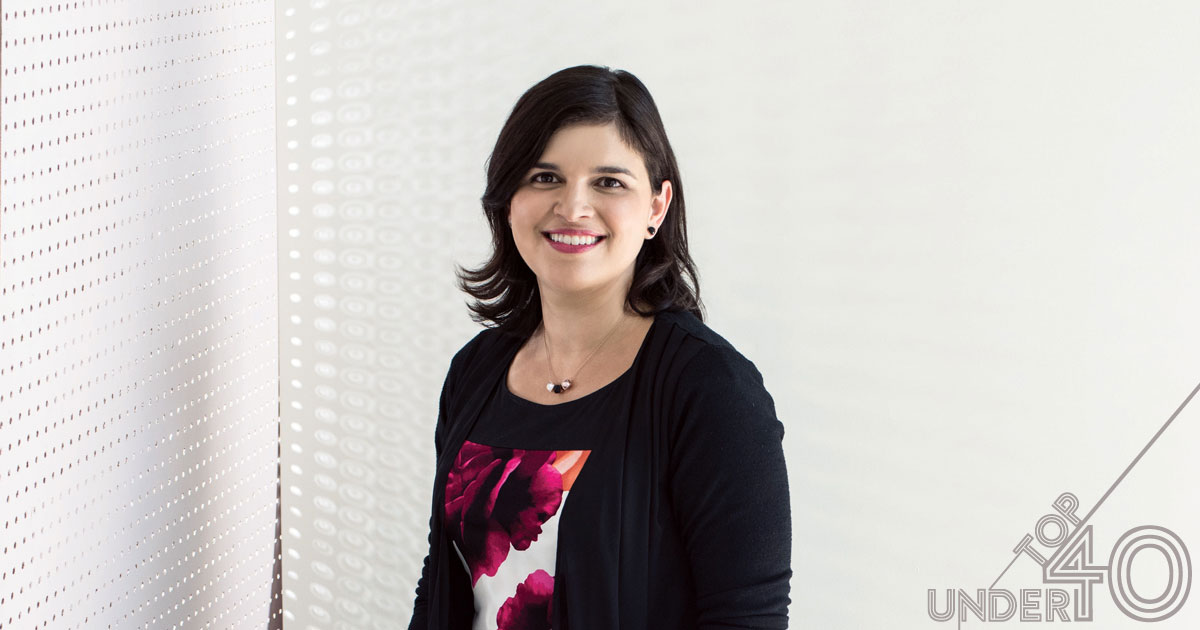 Arrieta’s work at the University of Calgary sheds light on the connection between childhood asthma and the microbes that live in the gut. She makes her findings accessible to the public through speaking engagements, books and articles aimed at non-academic audiences.

Arrieta, who grew up in Costa Rica, has built her career as a professor and a researcher studying the intestinal microbiome — the community of bacteria that live in our gut and that we now know play a role in our overall health. Arrieta’s current work focuses on how a baby’s microbiome can affect future health, especially when it comes to afflictions such as asthma.

While her work is still in the research phase, she is already coming up with practical findings that will help doctors and parents predict the likelihood of a child developing asthma, and she is hopeful that one day her research may even lead to preventative care. In fact, as a result of some of her research, Arrieta is one of the primary holders of a U.S. patent that is currently licensed by a biotech company exploring ways to prevent asthma in babies.

In the year she has been in her faculty position at the U of C, Arrieta has brought in more than $1.2 million in research funding.

Arrieta recognizes that scientific research often fails to capture the imagination of the public, but as a mother she believes it is important to share her findings about gut bacteria with other parents. She frequently appears in the media and at public speaking engagements (including TEDx and Beakerhead). Along with her colleague Dr. Brett Finlay, she wrote the 2016 book Let Them Eat Dirt: Saving Our Children From an Oversanitized World to help inform parents on how gut bacteria can affect children’s long-term health. Publishing rights to the book have been sold in 14 languages and it has been featured in major national and international publications including The Wall Street Journal, The Guardian and The Times.

“As people who get paid with taxpayers’ money, we almost have a duty to share this information,” Arrieta says. “This is the first time where I’ve been working in a field where I understood that there is a lot of information that could be transmitted to a lot of parents who were like me, but didn’t have this information about their baby’s health.” —Elizabeth Chorney-Booth