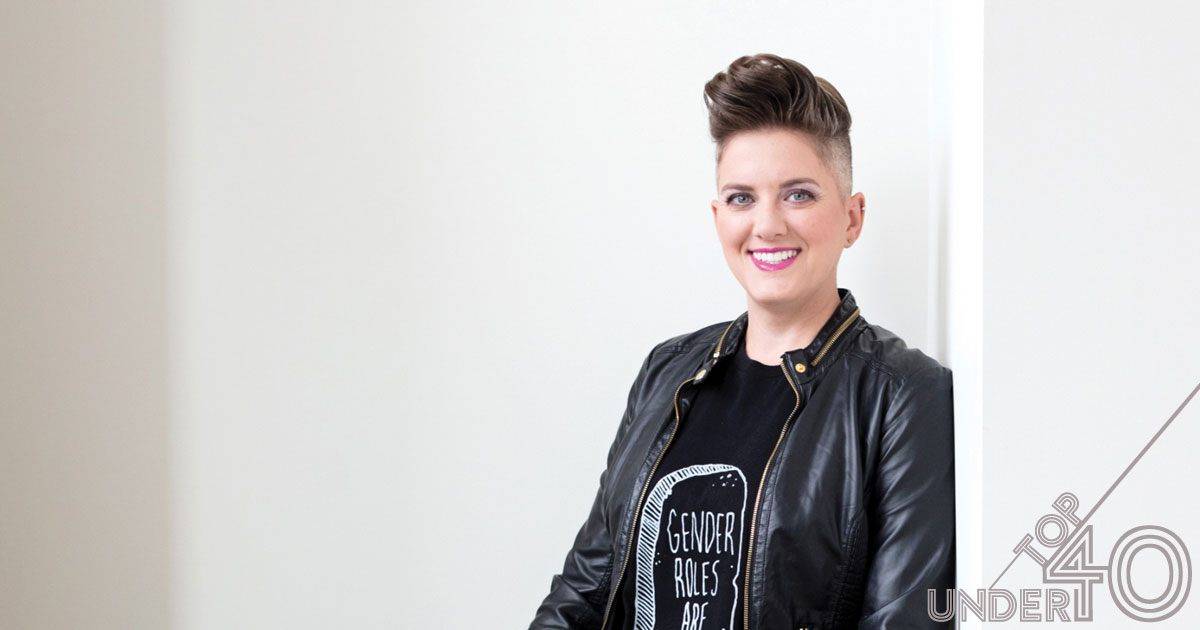 Rocker’s LGBTQ-inclusive ministry at Hillhurst United Church has received international attention, making her a sought-after consultant for other faith communities and helping to break down negative stereotypes.

The Christian church and out-and-proud LGBTQ activism are two areas of life that many believe don’t mix — that is, to fully engage in one requires suppression or rejection of the other.

In her position as affirming consultant at Hillhurst United Church, Rocker works to remove barriers to inclusion for LGBTQ people and establish the church as a safe space — socially and theologically — for those who have been traditionally marginalized by religion.

In her role, Rocker provides outreach and one-on-one counselling and preaches to the congregation. Over the seven years that Rocker has led the affirming ministry at Hillhurst, the church’s attendance numbers have doubled, bucking the general trend of declining numbers of regular churchgoers. Rocker’s ministry has also gained national attention and she now provides consulting services, resources and support in the way of speaking engagements and workshops for other churches and faith-based communities. This national exposure, says Rocker, helps combat Calgary’s reputation in the minds of some as a conservative and intolerant city.

Rocker is also an active participant in Calgary’s arts scene as part of the queer feminist comedy band The Wrong Kind of Girls and as a solo comedy and musical performer. She also directed the Coming Out In Faith Monologues edition of the Coming Out Monologues series and collaborated with Urban Curvz theatre (now Handsome Alice) to throw a feminist Halloween party, designed as a statement against Halloween’s ingrained sexism. The event caught the attention of conservative U.S. pundit Glenn Beck, who brought Rocker on his TV show as a talking head.

Predictably, Beck was not sympathetic to Rocker’s views — a negative reaction she’s all too familiar with. Rocker deals with hate mail and personal attacks daily, but she understands that visibility is key to the success of her ministry. Though Rocker was raised in the Evangelical Church, her sexuality and activism led to a strained relationship with her family, so she understands what it’s like for others who don’t have their own family’s support.

“[For] queer people, it has sort of been ingrained in us that in order to experience something sacred you have to feel guilty,” she says. “They can’t actually imagine a faith community that would accept them without shaming them.

“I think I represent that it’s possible to have those things in your life and be okay.” —Shelley Arnusch

Correction: This article has been updated from its original version to correctly state that Pam Rocker grew up in the Evangelical Church and not the United Church and that the relationship with her family was strained and not estranged.