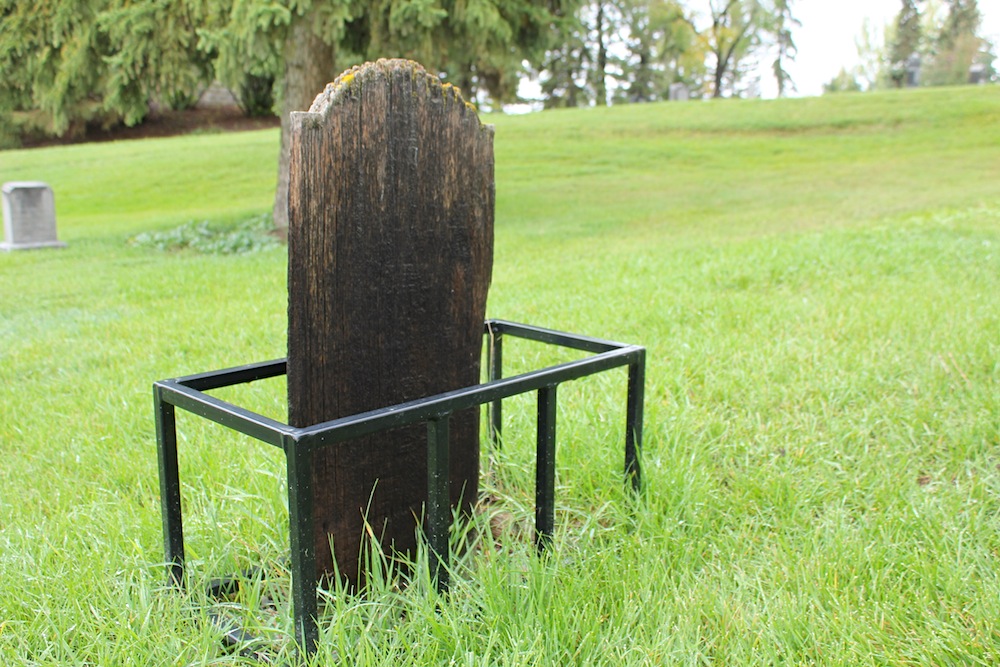 We’ll all be dead someday, an incontrovertible fact that many prefer not to think about, and one you can’t help but consider when walking through Union Cemetery with its more than 20,000 full-time residents. But if you’ve made your peace with it, taking a tour of Union Cemetery is far from morbid, and can actually be a great history lesson. The grounds count many famous Calgarians who’ve shaped the city, including Bob Edwards, writer and publisher of the Calgary Eye Opener, African-American cowboy John Ware and a few others we’ll get to later.

As for the location itself, the land used for Union Cemetery was purchased by the city in 1890, six years after Calgary incorporated, making it one of the city’s oldest graveyards, but not the oldest. That honour goes to Calgary’s first public cemetery, which opened in 1885 where the Shaganappi golf course is today. The city soon found that the location’s rocky ground made it difficult to dig graves and so the land for Union Cemetery was chosen as a better location.

Graves from the old graveyard were transferred to the new site over the course of twenty years from 1892 to 1912, though there is speculation that there may still be some forgotten bodies under the Shaganappi course’s green.

Back when the cemetery was established, a single plot would cost you $5, and burial would run you $2 dollars. Though today mechanical equipment means that frigid ground is no longer an issue, in the early days of the cemetery, if you happened to have died during the colder winter months, your family would have had to pay an additional $2 holding fee to have your body placed in the mortuary until the ground thawed out in spring and would be soft enough to dig.

If your family could not afford the fees, your body would be buried in Potter’s Field at the southern end of the cemetery, where those early Calgarians too poor to afford a headstone were buried. It is estimated around 1,000 of early Calgary’s homeless population, as well as a few executed criminals, rest there.

This month, the cemetery offers free tours on Sundays from 2 to 3:30 p.m. For more information, visit calgary.ca.