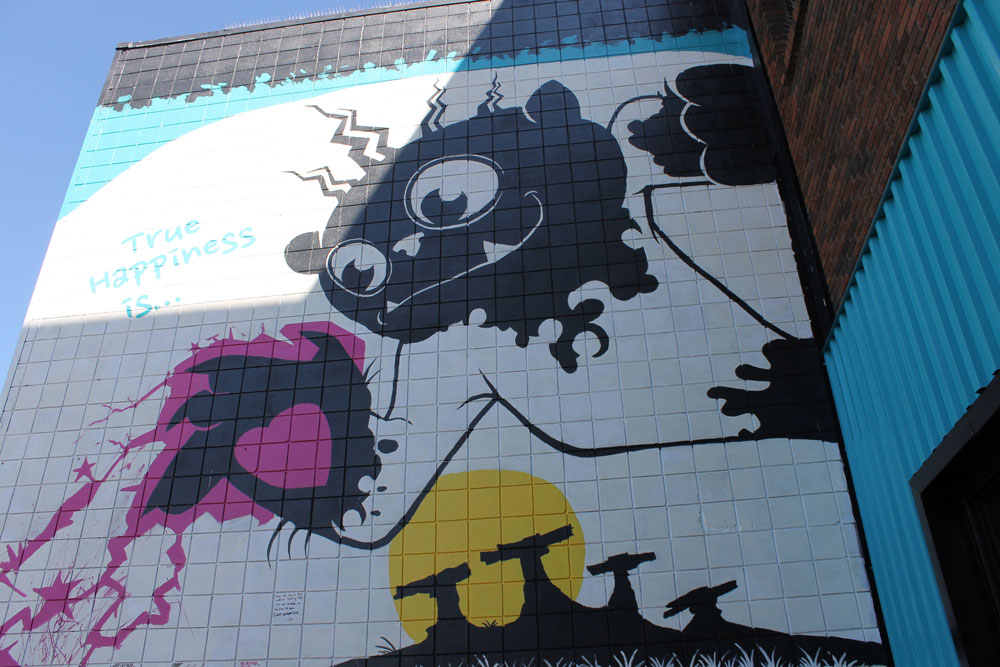 Jose Azares is the founder and owner of Calgary’s newest burger restaurant, Re:Grub. (By the way, this restaurant’s name is “burger” backwards. Clever? We think so.) The restaurant makes everything from scratch, including the interior. It’s a quirky space: seats are made from chipboard, the interior is divided using regular camping rope, one wall is made from roof shingles and there are lights made from wind turbines.

This creativity extends outside the restaurant’s walls. A big part of the space is the mural outside of it. “I told the property manager I would only use the space if we could create a mural on the outside wall,” says Azares. Just like the restaurant’s interior, the mural is quirky and creative, but not cheesy or obvious.

After putting out an ad on Kijiji asking for an artist to help him “create something cool for Calgary and give back to the community,” Azares found Michael Grills. Working with Grills and the marketing agency Cult, the started with the group working to create something that was a true mural and not just as advertisement for the restaurant.

Grills suggested they created a pet monster character for Calgary. After some more brainstorming and refining the details, the YYC Monster (his name is Lucas) was ready to go on the wall. It took Grills the equivalent of five workdays spread out over 10 days to create the Re:Grub mural.

Lucas is meant to send uplifting messages to anyone passing by; the pink electricity symbolizes this energy and positivity. Anyone can pose in the black cutout, take a photo and see themselves getting energy from the mural. The wall also has a heart symbolizing happiness.

So, what is true happiness? The mosaic also helps answer that question. Anyone can borrow a pen from inside the restaurant and share what it means for them. “Happiness is subjective,” says Azares. “Everyone writes something different.” The wall is a mosaic of positive messages that encourage one to seize the day.

“The community has really embraced the mural,” says Azares. “We’ve only been open for two weeks and already we’ve had lots of people stop by to ask questions and interact with it. And we take the time to read every entry on the wall.”

Azares hopes it becomes a Calgary landmark. In the next few weeks and months, Azares will be adding to it. A pink footprint will be added to the electrical box inside, connecting the mural to the interior. Reflectors will be added at its base to light it up at night. And a big shipping container, painted white, will be placed at its base, adding more space for Calgarians to add what they think true happiness is.

True #Happiness is #painting a giant #monster #mural in my home city of #Calgary. #art in #YYC for #YYC pic.twitter.com/D5jQis1ptd 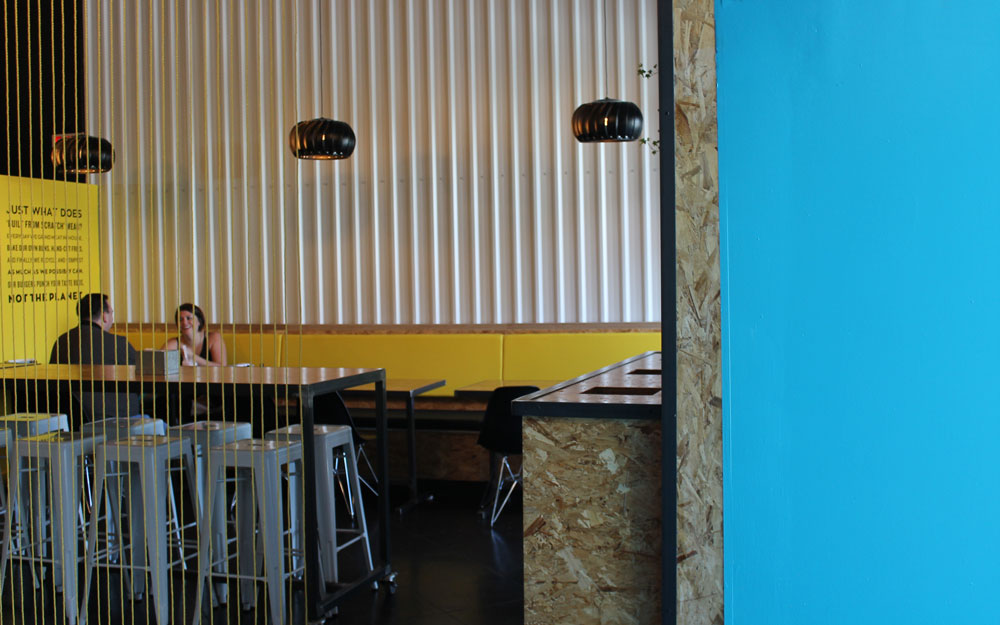 The quirky mural reflects the design inside the restaurant. The space uses chipboard, rope and repurposed palettes and wind turbines. The same colours are used inside and in the mural: pink, yellow, turquoise and black. 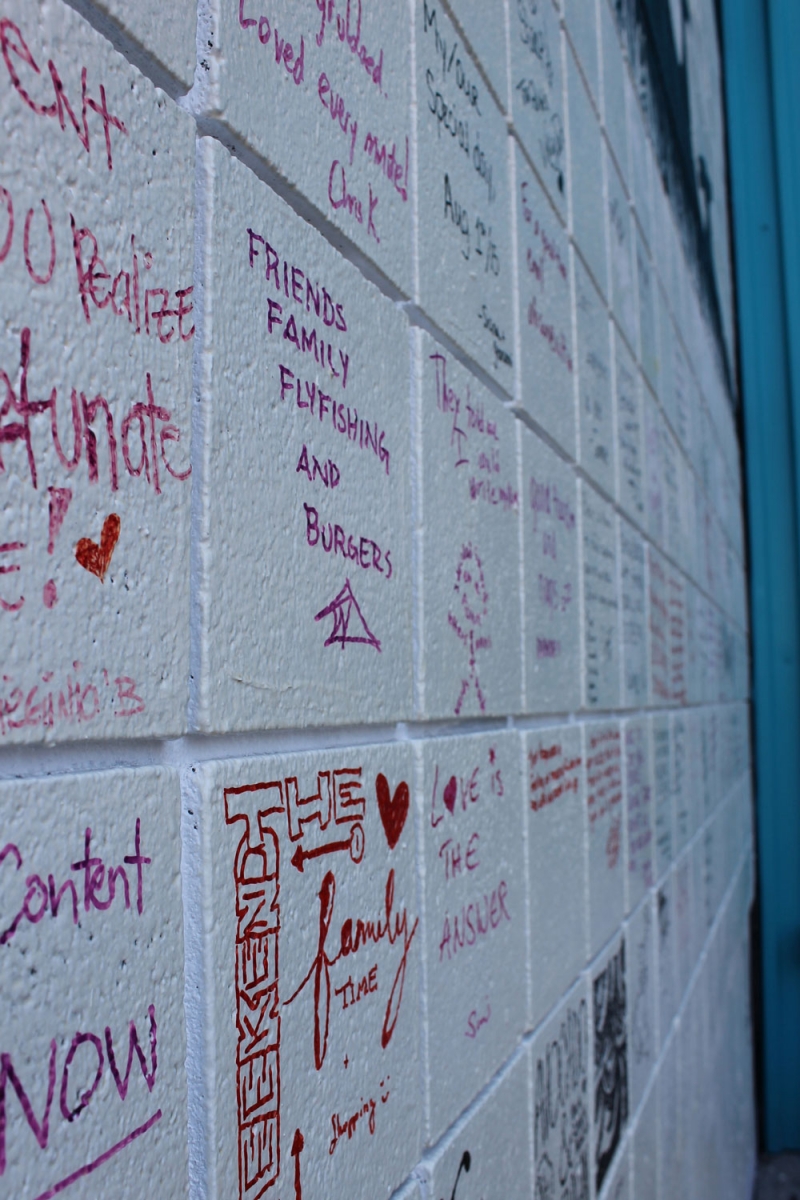 The community has already interacted with the piece. Messages from passers-by share what true happiness means to them. 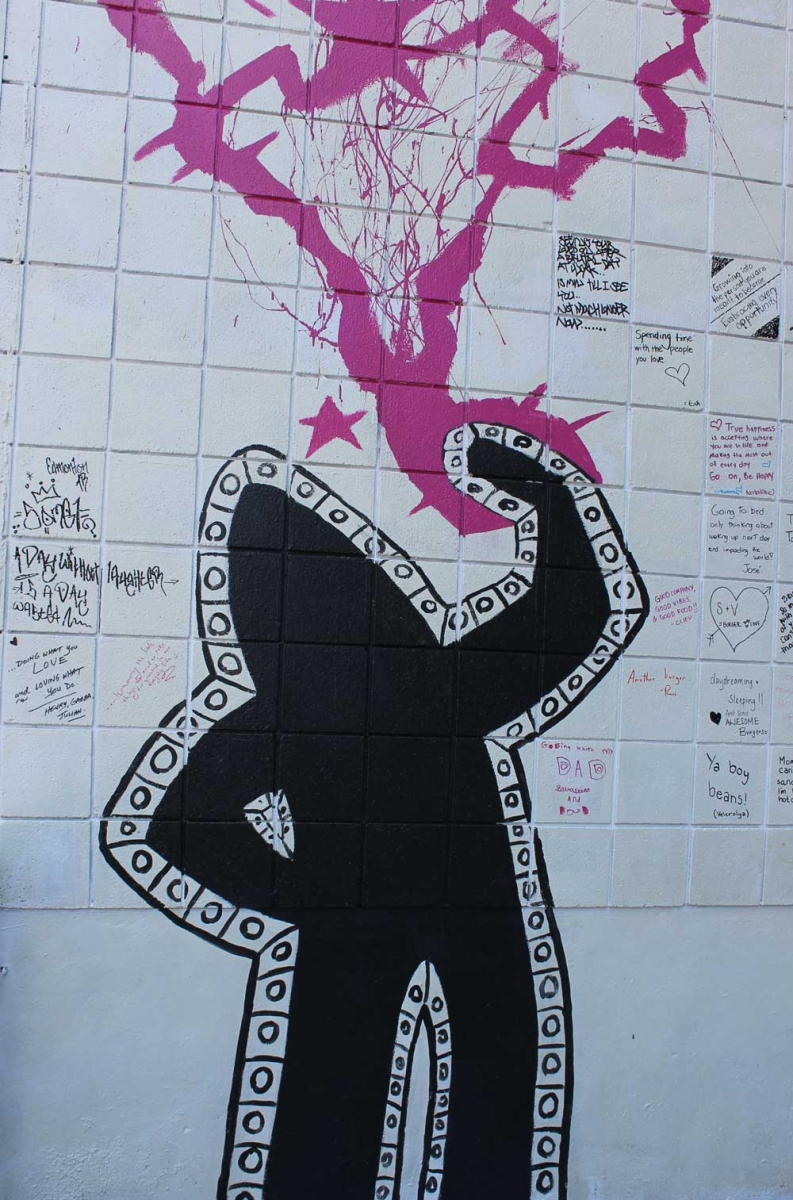 Getting positive energy from the YYC Monster, Lucas. 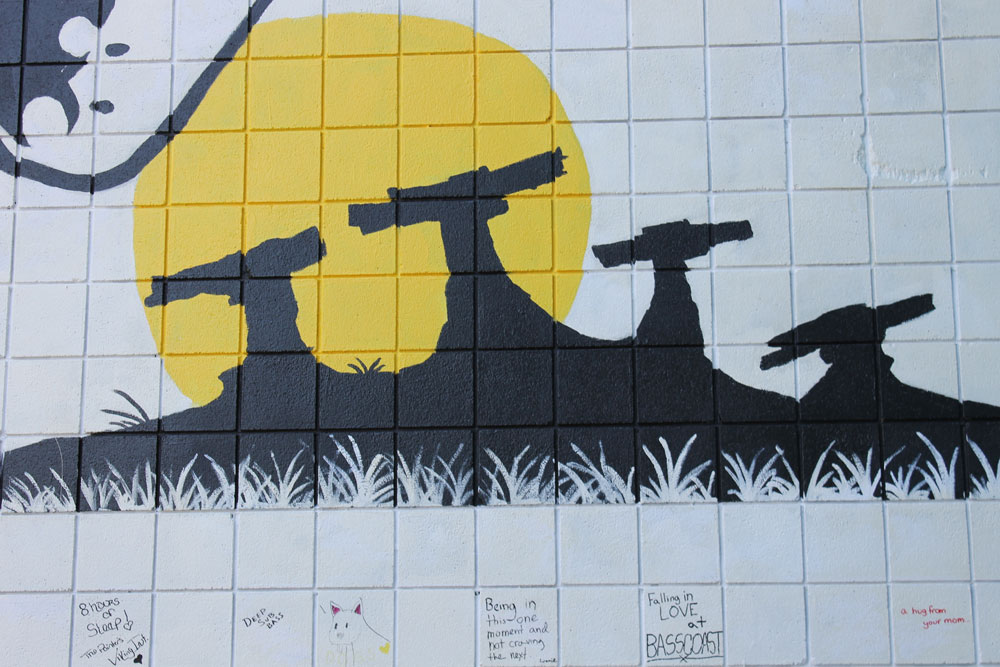 This section of the mural represents Drumheller. Azares says it’s something that’s representative of Alberta, yet isn’t obvious. 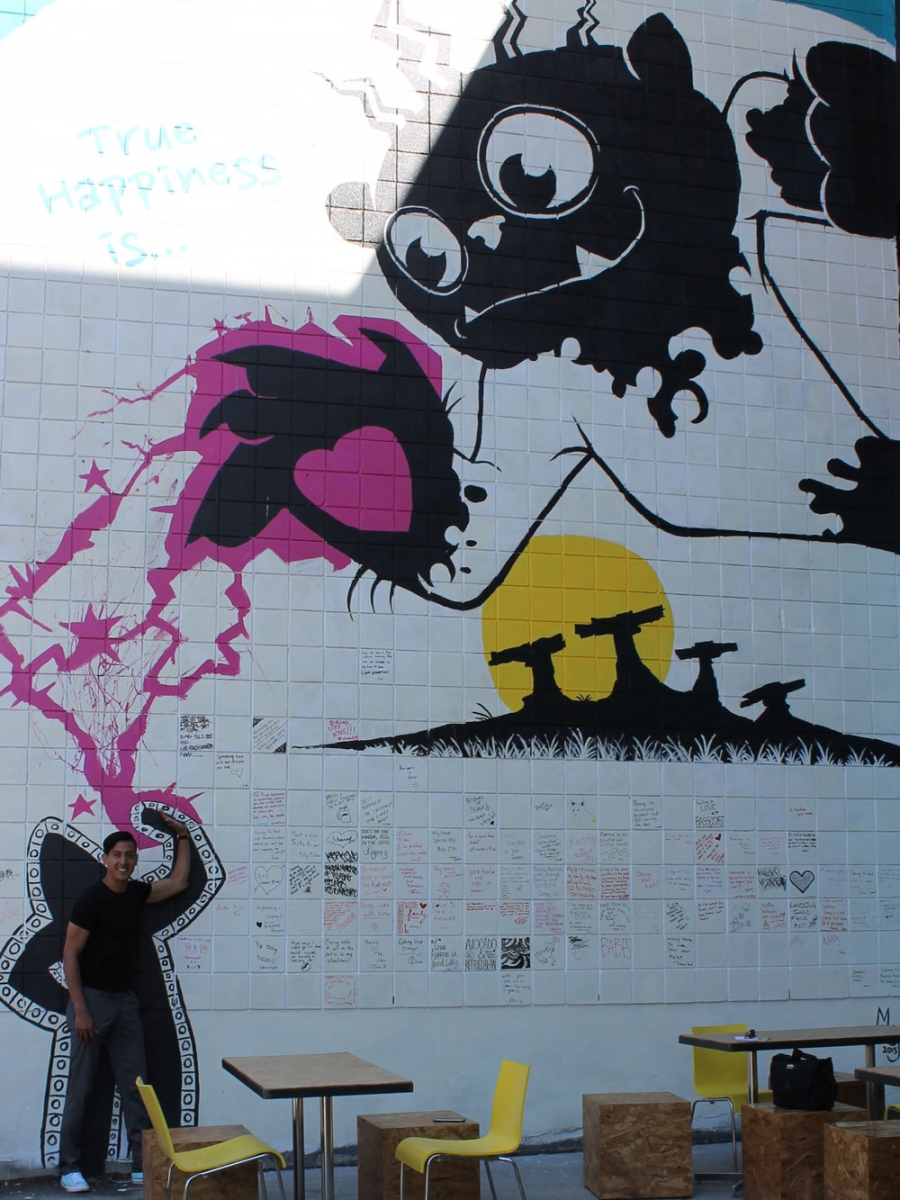 The founder of Re:Grub Jose Azares interacts with the mural.