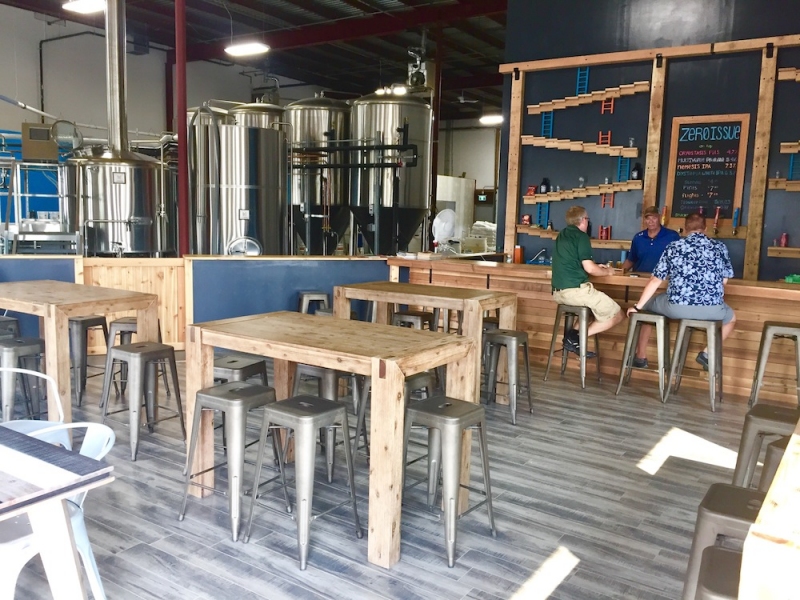 From new breweries to on-trend dessert shops, here’s what you need to know about the latest food-related openings, news and events in Calgary.

Satisfy your sweet tooth at this new dessert shop in Marda Loop. The nearly 600-square-foot shop offers small batches of French and North American desserts like cupcakes, macarons, choux pastries and cakes. Order a cup of organic tea or fair trade coffee to go with your favourite treat.

There have been a few changes in Calgary’s restaurant kitchens lately. At The Living Room, Cody Fummerton has replaced Stuart Kirton as head chef. Meanwhile, Quinn Staple has taken on the role of executive chef at Hotel Arts. Staple has previously worked at local eateries like Crazyweed Cafe, Raw Bar and Yellow Door Bistro.

The Prairie Grid Dinner Series starts in Calgary this month

An exciting new dinner series is coming to the Canadian prairies this month. Organized by Eat North, the Prairie Grid Dinner Series will take place in four Canadian cities: Calgary, Edmonton, Saskatoon and Winnipeg. Each night features a five-course, prairie-inspired dinner prepared by local chefs and a silent auction to support four local athletes training for the 2018 Winter Olympics. The first dinner in the series will take place at Calgary’s Southern Alberta Pioneers Building on September 29th. Click here for more information.

Brothers Mark and Kirk MacDonald have turned their love of beer, sci-fi and comic books into Zero Issue Brewing, one of Calgary’s newest microbreweries. Open since July, the 52-seat taproom is decked out with a Donkey Kong-inspired wall behind the bar, framed comic books on the wall and stacks of comics to peruse while you drink. Even the brewery’s name is comic-related, referring to the #0 comic book issue that provides the back story for a series. Each of the brewery’s four canned beers (which have a cool sci-fi design courtesy of Winnipeg artist Scott Ford) have their own subsequent issue numbers. Stop by the taproom to try a pint or flight of the four brews on tap: Cryostasis Pils, Multiverse Pale Ale, Nemesis IPA or Dystopia White IPA.