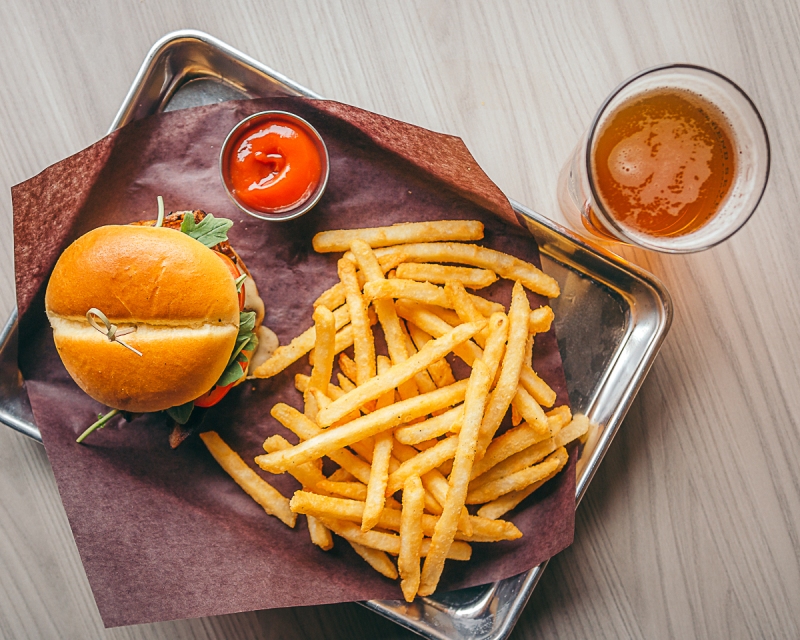 Fall is officially here, which means that restaurants are starting to feature new seasonal ingredients and popular fall treats like pumpkin pie are back. And of course, new restaurants and breweries continue to open before the colder weather hits. Here’s what you need to know about the latest food-related openings, news and events in Calgary.

Brekkie Cafe has been taking Calgary’s brunch scene by storm ever since it opened in West Springs this past June. Now, the restaurant continues to keep things fresh and seasonal with a new fall menu that features items like curried chicken poutine, a colossal lamb bowl, crushed chickpea and roasted beet toast, a pickled vegetable salad and more. There’s even a new option amongst Brekkie’s seven eggs Benedicts — a spiced Morrocan chicken eggs benny.

Thanksgiving is almost here, so you know what that means: lots and lots of pie. Swing by the Calgary Farmers’ Market on September 28 and 29 between 11 a.m. and 2 p.m. for a Thanksgiving pie bake-off that supports the Calgary Food Bank. With a cash donation, you can taste and vote on five different pies from A Taste of Quebec, Innisfail Growers, Yum Bakery, Big T’s Smokehouse and Simple Simon Pies. The pie flavours range from chocolate pecan to maple pumpkin.

This new Korean restaurant opened in the Midnapore area in mid-July. Stop by to try dishes like the marinated pork shoulder, truffle grana padana chicken, bibimbap, spicy pork back bone soup and more. The restaurant also offers daily drink specials ranging from $5 wine on Tuesdays to $4 Korean beers on Fridays.

Legend 7 Brewing Company started brewing beer late last year and has been offering it through local retail stores and restaurants so far. But this past weekend, it became the latest brewery to open its own 135-seat taproom in the Barley Belt. Legend 7’s food menu is small but mighty, with options like wonton nachos, pierogi poutine, mini bratwurst corn dogs, a meat and cheese board, a burger, salads and more. On tap, you’ll find eight Legend 7 brews ranging from the Temptation IPA to the Serpens Pilsner, as well as two Lonetree Cider options. And if you’re wondering about the brewery’s name, it speaks to significance of the number seven, from the seven deadly sins and saintly virtues to the seven wonders of the world.

Po-ke opened its first two locations in Crescent Heights and Kensington last year, and now, they have a third location on 17 Ave. S.W. Located in Freak Lunchbox’s formers space, Po-ke’s new third location is similar to the others in that you can you build your own poke bowl or go with one of the signature poke bowl options. There are also poke burritos and poke hot dogs.