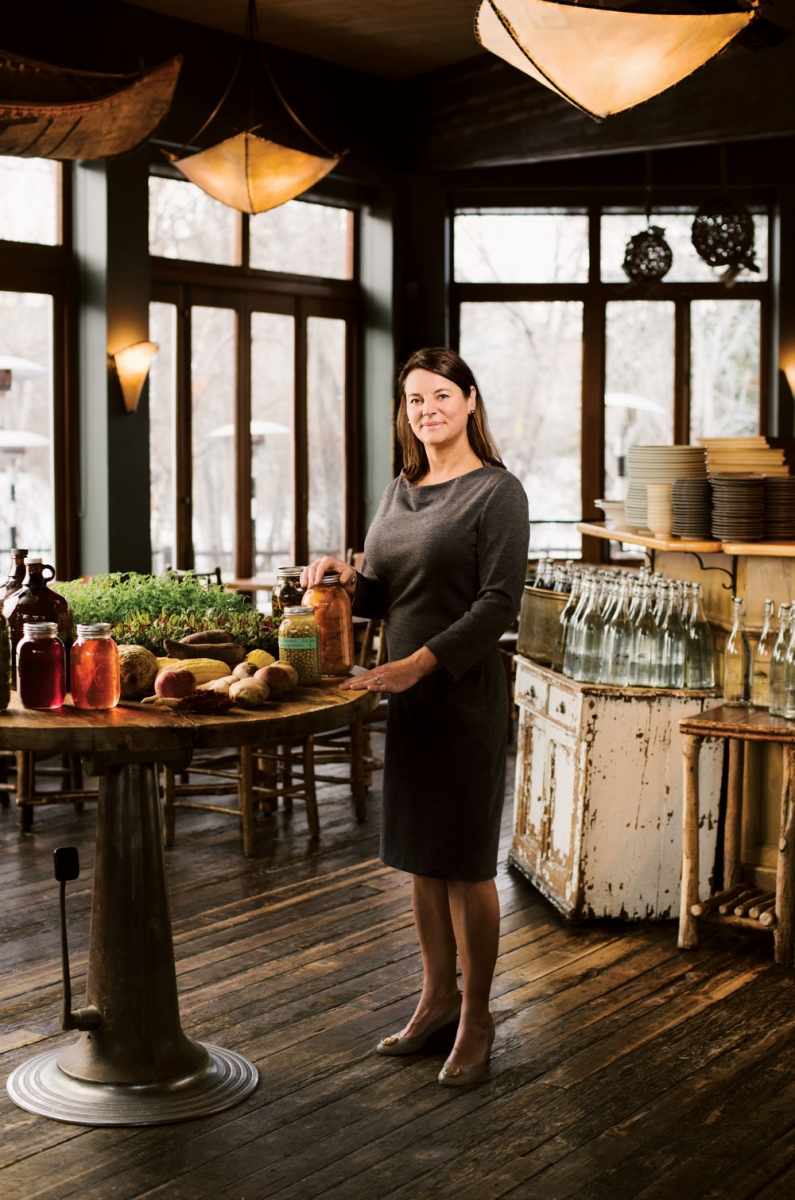 FOOD | Elevated takes on classic dishes with a Canadian underpinning.
VIBE | Cozy.
DECOR | Cabin on a lake in the woods.
DISH | Kolb Farms bison tartare.
BONUS | Escaping from the bustle of the city without leaving town.

Hemmed by the river and surrounded by trees on an island at the edge of Calgary’s bustling downtown, River Cafe echoes the nature that surrounds it. Inside, the restaurant evokes the feeling of being in a cabin in the woods with the roaring fire in the winter and windows thrown open to let in any breezes during the warmer summer months.

That reverence for the natural environment is evident in all the details, right down to the individual ingredients that come in from local farms and ranches, foraged from forests and sustainably fished to be beautifully prepared and plated.

Proprietor Sal Howell’s passion for the environment has made her a pioneer in the local and sustainable food movement. She has built relationships with area farmers and producers, brought in the Ocean Wise program to ensure the seafood coming into the kitchen is not depleting world stocks and slowly built a pantry that comes from a place as close to home as possible – right down to the most humble, most essential ingredient, salt.

Howell’s ethos is simple: eat seasonal, eat local, eat sustainable. But how that has been translated onto the plate at her restaurants goes beyond others’ approaches to the same philosophy.

In executive chef Matthias Fong, Howell has found an ally in her efforts to make as light a footprint on the environment as possible while still serving impeccable dishes full of flavour and contrast. (She has another ally in chef Jamie Harling, who helms the recently opened Deane House restaurant.) With his inventive approach and meticulous execution, Fong accepts his limitations in ingredients – no lemons, no pepper, no olive oil – and creates dishes that diners may not even realize have been restricted in any way.

This is Canadian cuisine at its most fundamental. The contemporary dishes Fong creates, from a play on risotto influenced by congee (Asian porridge) to a tartare spiked with saskatoon berries, showcase ingenuity and respect for the bounty in the surrounding landscape.

Instead of being confined by the geographic boundaries of using ingredients raised as close to the restaurant as possible, River Cafe has taken the inventive approach, whether it’s creating a substitute for soy sauce or crafting their own vinegar from the runoff of their beer tap. Howell and her staff also source ingredients unexpected in Canada, like rice grown in B.C.’s Lower Mainland.

It’s that effort, that commitment, that translates onto the plate.