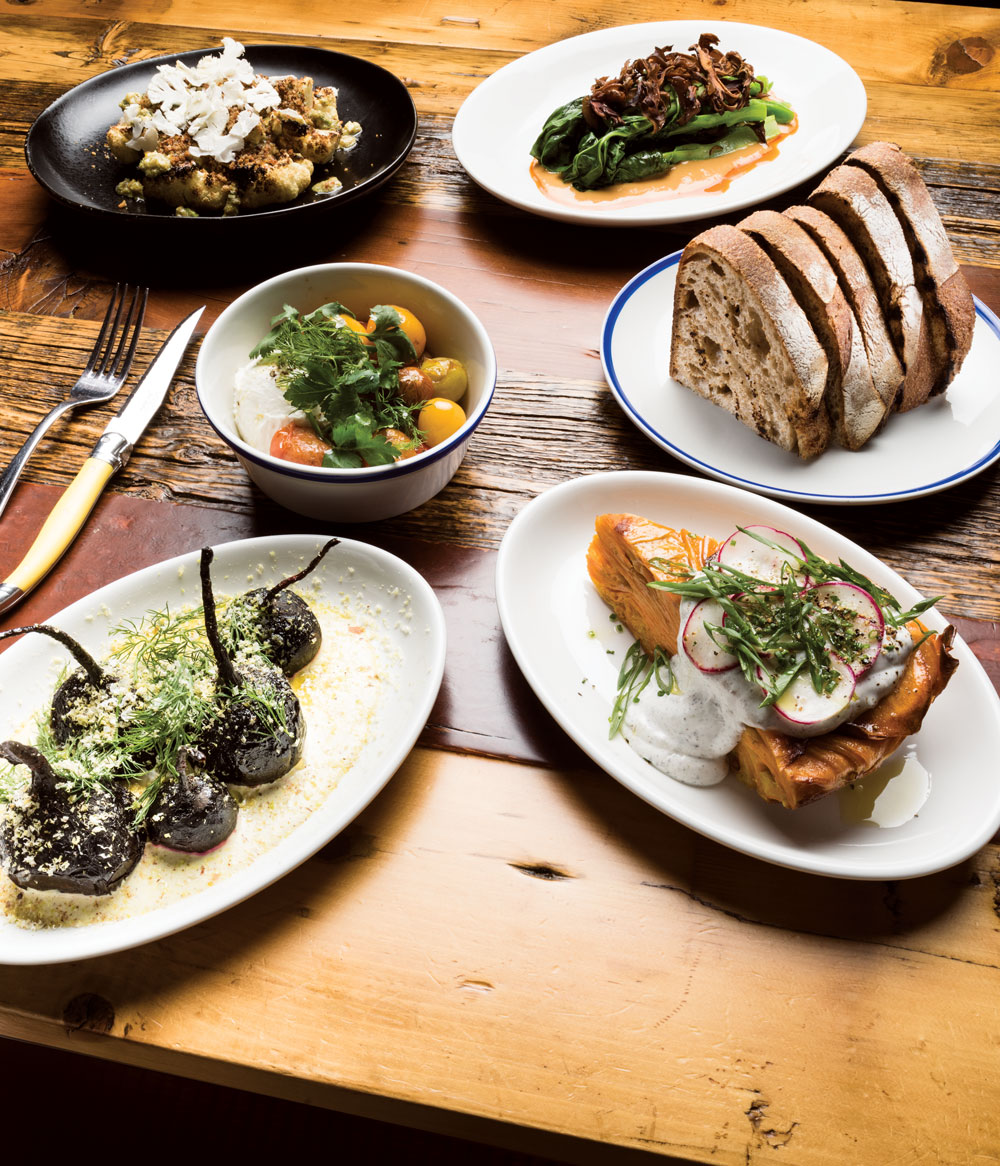 When you launch a vegetable-forward menu in Cowtown, you expect it to be a conversation starter. But for Ten Foot Henry owner-operator couple Aja Lapointe and Stephen Smee, the menu — like the design, the service and the name — simply reflect their thoughtful, personal approach to contemporary dining.

Lapointe runs front-of-house and Smee is the chef. Both are veterans of the Calgary dining scene (Lapointe and Smee were previously involved with UNA Pizza + Wine). They lifted the best elements from their combined experience and consulted their own tastes when defining the Ten Foot Henry concept.

“We wanted to do a concept that was representative of how Aja and  I live our lives,” Smee says. Part of that was putting proteins in a supporting role to vegetables. “That’s how we eat at home,” he says.

The restaurant, which opened its doors in March 2016, occupies a space in Calgary’s historic Eagle Block building on 1st Street S.W. The dining room is set back from the entrance, accessed through a short hallway that also leads to Little Henry, the small, street-facing sister café Lapointe and Smee opened in June 2016.

Designed by Connie Young, the 82-seat space is windowless but bright, with plants hanging from the high ceiling and an open kitchen. During the design stage, Lapointe and Smee drew inspiration from landscapes, gardens and home kitchens. The iconic Ten Foot Henry woodcut, on indefinite loan from owner Blake Brooker of One Yellow Rabbit, is an eccentric presence at the back of the dining room. “We love the name,” Lapointe says. “It’s fun and playful and removes the pomp and circumstance from dining.”

Like the space, Lapointe describes the menu as feel-good — the sort of food people can revisit often. She says people with different dietary interests can enjoy dining together here; one person can order sautéed gai lan while their companion slices into a hanger steak. “We wanted to build a menu that we would be excited to eat,” Lapointe says. The small but considered drinks list, full of clean, fresh flavours, is similarly influenced by personal taste.

Lapointe and Smee love to entertain. Ten Foot Henry has already earned a reputation for exemplary service, which Lapointe says is a testament to the experience of the team, and to their own sincere desire to wow guests. That approach is central to the menu, too. “You keep it simple,” Smee says. “You keep your guests happy.”