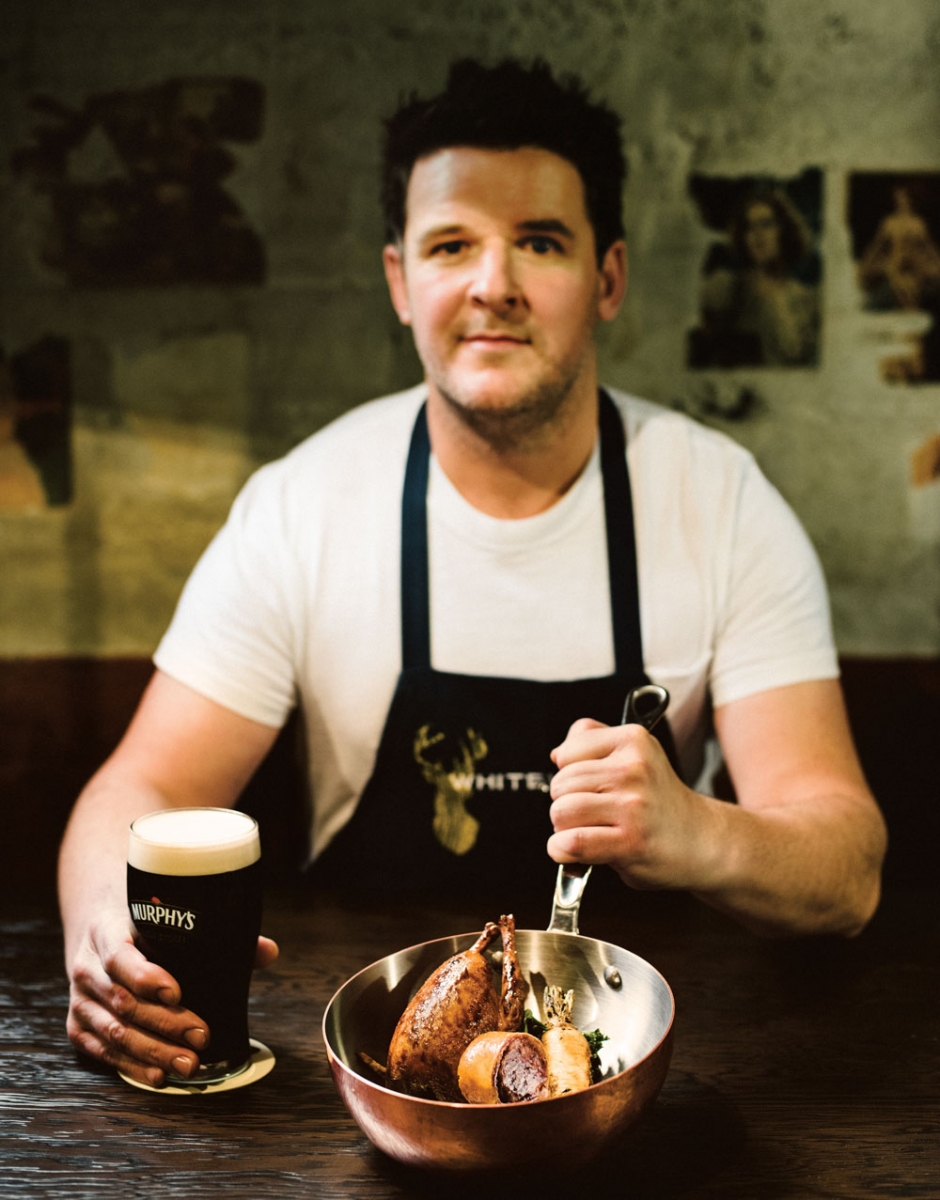 FOOD | Contemporary British.
VIBE | Warm and welcoming with a hint of rock ’n’ roll.
DECOR | Great house library as seen in black and white.
DISH | Double-baked Le 1608 cheese soufflé.
TIP | Use the bread brought to the table to dip into the melted edges of the soufflé as if it were a fondue.

Although it bears the same name as the massive palace — said to have had upwards of 1,500 rooms — that English monarchs called home in the 16th and 17th centuries, all resemblance between Whitehall the palace and Whitehall the restaurant essentially stops there. Where the palace was a place of rules and ritual, chef-owner Neil McCue has created a restaurant without fuss or ceremony.

The white space and soaring ceilings of the two rooms in the historic de Waal building in Bridgeland may nod to something palatial, but the feeling is far more welcoming with inviting tufted banquettes, wing chairs, warm lighting and book shelves that give the whole space a sense of being in the library of a great house. It’s all anchored by a pipe-and-joint bar near the door.

This balance between cozy and grand, simple meals and haute cuisine, plays out on the plates coming from McCue’s kitchen.

Whitehall marks McCue’s return to the Calgary culinary scene, where he once made a name for himself leading the kitchens at Catch Restaurant and The Oyster Bar. This time, however, he has complete control, and he’s using it to showcase contemporary British dishes that nod to their classic heritage while still taking a modern approach.

Despite the Michelin star under his belt from Curlew near Essex, McCue has no interest in fussy airs and overly refined food. Instead, he offers a warm space, a cheeky cocktail list that references British figureheads (Tony’s Labour, Churchill’s Cigar, Thatcher’s Ass) and a menu populated with traditional British favourites.

It’s in the execution of items such as Scotch eggs, black pudding, Eccles cakes and fish and chips — things we could easily see on a pub menu or being offered up as part of afternoon tea — that McCue’s skill and experience show through. There’s a balance between the dishes of his heritage, those of his childhood, and McCue’s expertise in fine dining. The plates are beautiful yet approachable and reflect his ethos that simple ingredients prepared well make for the best meals.

At Whitehall, you can eat like royalty without having to keep a stiff upper lip.