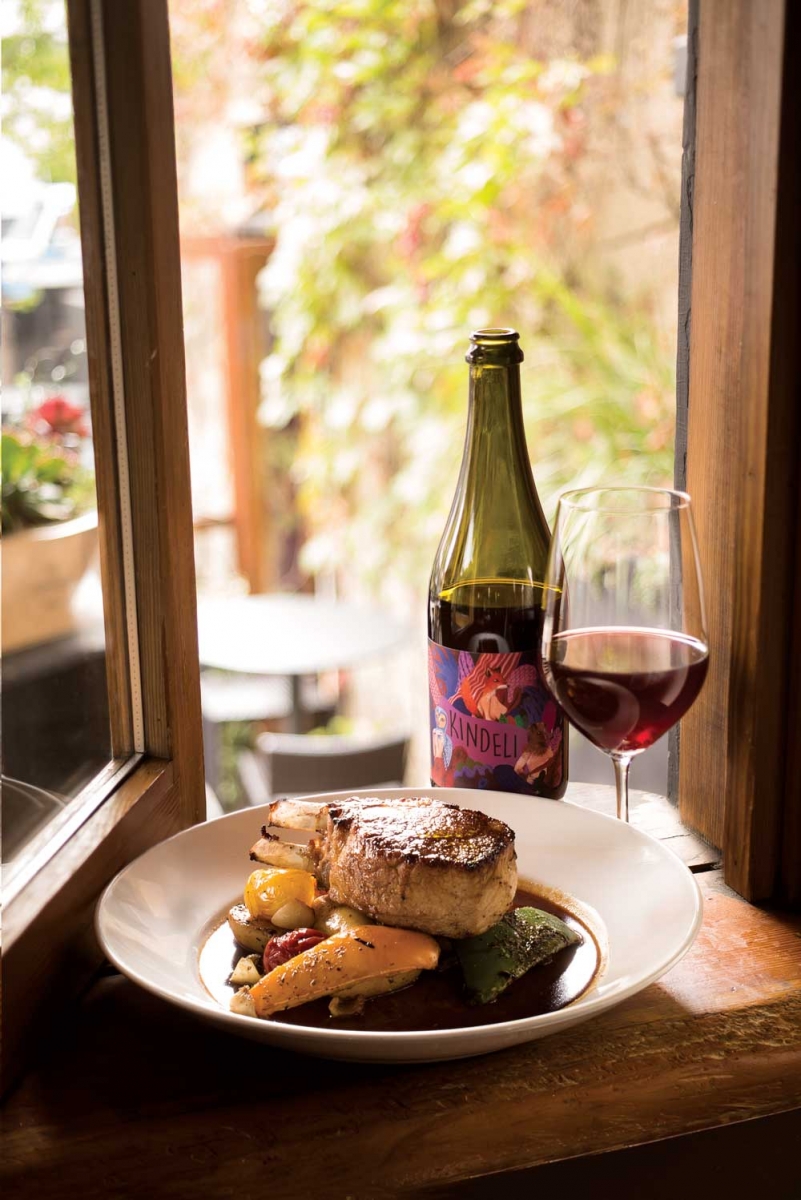 Some of my favourite wine-tasting experiences have been with “natural” wines. Done well, they shine a spotlight on the terroir and the skill of the winemaker.

On the flip side, they can also be some of the most disappointing wines.

Given these extremes, it’s little wonder that natural wines have been generating quite a buzz recently, with all sorts of wine geeks and aficionados banging the drum about their various merits. So, what are we really talking about?

“Natural” is a loosely defined term used to describe wines that are made in a non-interventionist fashion. Way back, someone discovered that fruit left in a bucket will ferment, thanks to the natural yeasts and sugars in the fruit. These ingredients, plus time, result in wine – that socially lubricating nectar of the gods.

Modern winemaking significantly improved upon the process until wine, in many cases, became something generic to be corrected in the lab, rather than an expression of the grapes from the soil to the glass. Whether it was the development of yeast cultures that would yield more reliable end products, or filtering materials and adding fining agents to ensure the wine was crystal clear in the glass, wine became commercial and, in some ways, lost some of its soul. The natural-wine movement seeks to return some of that soul back to your glass.

Natural wines don’t have to be made organically or biodynamically, though many are. Often the winemaker will farm their land sustainably, forgoing fertilizers and pesticides, planting cover crops between rows, and such. They use naturally occurring yeasts for fermentation and don’t use acidification or chaptalization (adding sugar to boost potential alcohol) or artificial colour (yes, that is a thing in some wines). Once the wine is made, you won’t see filtering or fining. Since gelatin is commonly used as a fining agent, the absence of this process makes natural wines assuredly vegan-friendly, as well.

When it comes time to bottle, the addition of a little sulfur is permitted (except by the most devoted natural-wine purist) to ensure the wine is stable for reaching the consumer in markets near or far. Sulfur, you might ask? First off, this sulfur addition has nothing to do with sulfites, which you probably aren’t allergic to, anyway. A sulfite sensitivity manifests most often as an asthmatic type of reaction, and if you can eat canned or frozen fruit without a problem, you most likely don’t have a sulfite sensitivity (but don’t look to me for medical advice). Adding sulfur, which is done just before bottling, stabilizes the wine and helps ensure it tastes like it should when it finally gets to the table. Without that sulfur, variation between bottles can be excessive and create a high likelihood of the wine being “off” – or just plain awful.

So, how does one go about finding a natural wine? Since very few producers would put it on the label and there is no “seal” or logo on the bottle that is managed by an organization, it’s a little harder to seek them out. To start, ask questions at your favourite wine shop about natural wines they carry. The boutiques are your best bet as the employees will likely be better informed about what is on the shelves. In restaurants, natural wines are slowly making inroads, so ask your server or sommelier.

Most importantly, are the wines good? Absolutely. In the broadest possible sense, these wines are made in smaller quantities by skilled winemakers devoted to their craft. The wines can come from anywhere in the world and there is a tendency to these wines having slightly lower alcohol levels, little to no oak to hide behind and perhaps even some of that extra sense of place known as terroir.

Six natural wines you should try

This premium red from Lebanon is made without filtering or fining and with naturally occurring yeast and is definitely worth trying. Mostly cabernet sauvignon with Cinsault and Carignan, it’s deeply coloured with earthy berry fruits, some punchy tannins (think of your cellar!) and oodles of depth. $57

A front-runner in natural wines in the U.S., Ryan Stirm makes wines in some exceptional vineyard sites with limited production. Limited to 155 cases, this grner is light and delicate with lime and white pepper. Super-refreshing and a joy to drink. $39

Never pass up a chance to drink good riesling. With about three grams of residual sweetness, this one is honeyed with melon and lime aromas, flinty, mineral-type flavours with loads of citrus and fruit on the palate. From start to finish, it’s a “hell, yes!” $29

This is a very interesting producer making some wild wines. The Roncaie can vary quite a bit from bottle to bottle, but it’s always delicious. It’s cloudy, a little gunky on the bottom of the bottle and lightly frizzante. Above all, it’s tasty. $26

Never mind that the wines of Spain are hot right now and never mind that macabeois a wonderful grape. This wine feels authentic right from the start, with clay earthiness, yellow apples and lively acids. Stunning. $22

Manzoni Bianco is a cross of riesling and pinot blanc, which grow well in the mountainous Dolomites of northern Italy. Medium gold in the glass with hints of gingerbread spice over base aromas of apple and clay-mineral tones, dry, crisp and perfectly balanced, it’s a wine of nuance that should be discussed at the table. $39

Try these food and wine pairings at local restaurants

Prosecco is wonderfully versatile, suitable on its own or with some nibbles. Try matching the Ca’ dei Zago “Col Fondo” (by the glass for $11) with Teatro’s fresh oysters or with the calamari – it’s an ideal complement to the seafood and the aioli.

If you haven’t tried the fish tacos yet at Pigeonhole, I suggest you remedy that immediately. The wine list at Pigeonhole changes often, so ask your server for a rundown of the natural whites on hand to pair.

The Berkshire pork chop at Cilantro is one of those classic menu items that, no matter how hard you vow to try something new, is ultimately tough to resist. Pair it with the Kindeli pinot noir-syrah ($65 for the bottle), an unusual blend done oh-so-well.