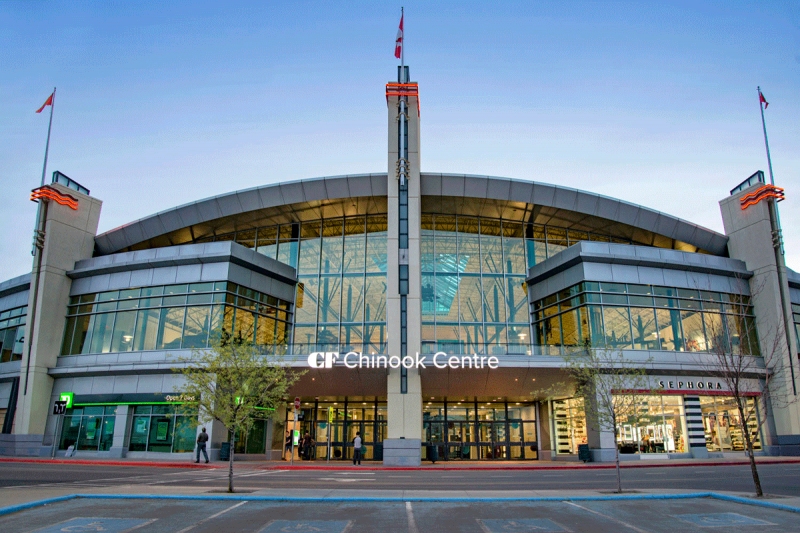 Mr. Pretzels has been in business since 1994, and more recently opened its third-floor location in the Core. Fuel a shopping marathon with a toffee pretzel, and when you need a break, retire to the newly-reopened Devonian Gardens for a bit of tranquility. If you want to dress your kids to impress, high-end children’s clothing store Enfance is a new edition. And MarketSpotYYC gives local artisans a pop-up store until December 31. Science and art enthusiasts, keep your eyes peeled for an upcoming Beakerhead installation in September.

Bikini Village just opened its doors in CF Chinook Centre, so if you’re planning a tropical getaway this winter, it’s the place to visit. While the food court is undergoing renovations, you can still nosh on new eats like poke bowls at Hula, cinnamon buns at Cinnzeo and springrolls at Nam Vietnamese Kitchen. Hungry shoppers can anticipate the openings of Spudniks & Dippin’ Dots for potato chips and Tin Tin Dimsum in late fall.

If you’re too fanatical about potatoes to await the opening of Spudnik’s & Dippin’ Dots at Chinook, you can already find it at CF Market Mall, along with a newly opened Boston Pizza. Zara and Sporting Life are recent additions, while Sportchek opened its renovated store in May. Shoppers passionate about both fashion and a good bargain can look forward to Saks Off 5th arriving in August 30. Ecco is coming in October and Bikini Village is slated to open in November.

The May arrival of Auntie Anne’s Pretzels furthers the salty-and-sweet bread trend, and local coffee spot Vintage Caffeine Co. opened its second cafe in June. Chic shoppers can look for new arrivals Aritzia, Polo Ralph Lauren and Kate Spade. Lifestyle brand Miniso now has a store near Entry 1 and Sketchers offers a wider selection of footwear in its bigger location. Asics and Bikini Village are opening this fall and Aldo opens its larger store in early September.

Find fall accessories, basics and affordable office wear at H&M, which is coming to Southcentre this autumn.

Another opening of Mr. Pretzels makes us think that bread is back for 2018 (and we’re not mad about it), while Quebec-based Mia Pasta lets you gobble carbonara on the go. Urban Planet and West 49 are open in new locations, and Suzy Shier should be coming soon.