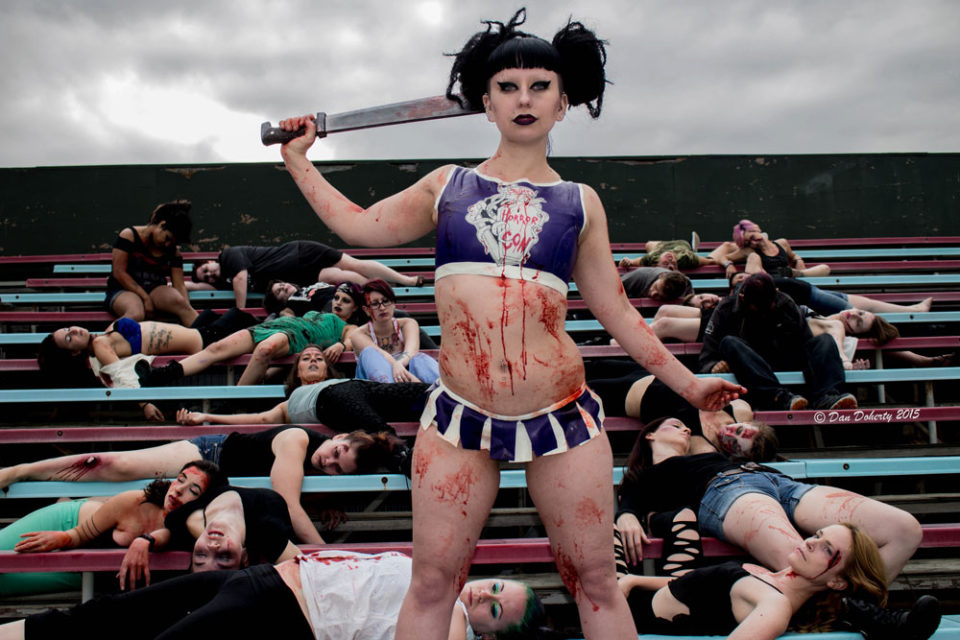 The annual Calgary Horror Con is the largest of its kind in Canada. But being the biggest, says Calgary Horror Con Founder and CEO Dan Doherty, was never the goal. “The convention is dedicated exclusively to horror,” Doherty says. “It’s not the size of, say, the Calgary Expo, because it’s a niche show and I want it to stay niche. It’s intimate and the fans love that.”

Now in its seventh year, the event draws close to 2,000 fans from across the globe for a weekend that includes a horror film festival, tradeshow, sideshow circus performers and panel discussions and signings by celebrity guests. There’s even a VIP party with a white hat ceremony – a Calgary tradition where visitors are welcomed to the city with a white cowboy hat. “Every year I invite the mayor,” Doherty says. “But he never comes.”

This year, guests include Doug Bradley, a.k.a. Pinhead in Hellraiser, Suzanne Snyder from Killer Klowns from Outer Space and filmmaker Lloyd Kaufman, best known for The Toxic Avenger.

Though Horror Con attracts international artists, Doherty says it’s also a showcase for local talent. “There is a ton of talent in Alberta,” Doherty says. “We’re best known for cowboy films, but there are a lot of independent horror films being shot here.”

Doherty, who has worked as a key makeup artist on several local independent horror movies, makes a point of screening local films every year, including The Hunt by Greg Jeffs and Spencer Estabrooks and Till Flesh Do Us Part by Sean Roberts, which premieres this year.

“I always screen a lot of local films and I will again this year,” Doherty says. “There is cool stuff happening in Alberta.”