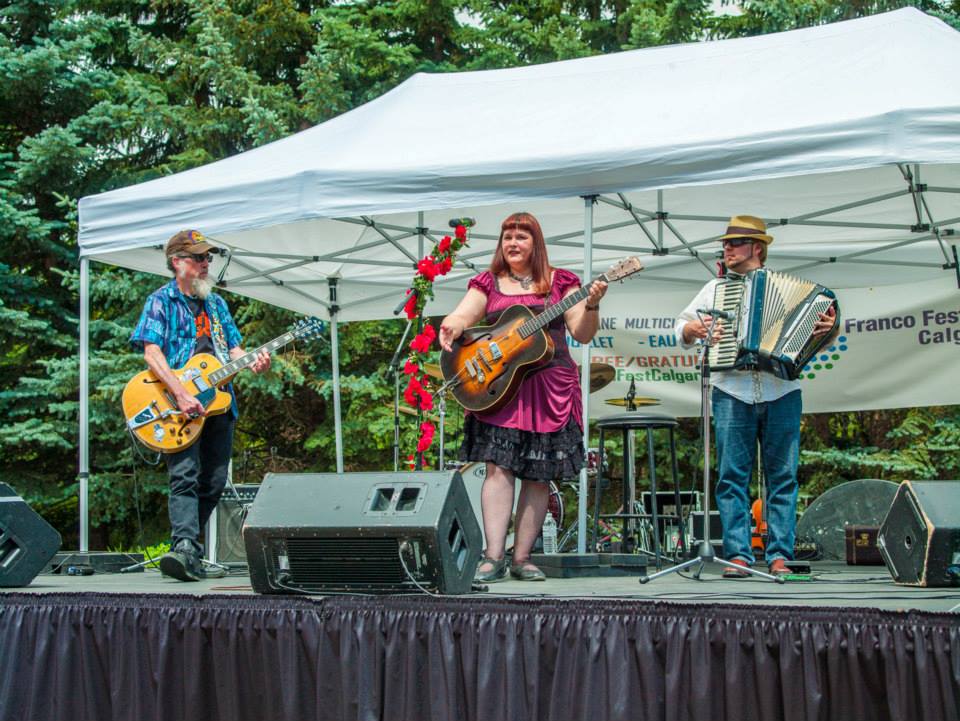 Around the World in Festivals

These are just nine of the festivals this summer that will let you experience far away places without leaving Calgary.

You already know about Fiestaval, Afrikadey! and the Calgary International Reggae Festival. But there are many more festivals in Calgary that celebrate different cultures. Expand your cultural knowledge this summer (and into the fall) by attending these other festivals that might not be on your radar.

Feed your love of pita bread, hummus and olives at the annual Greek Festival. In addition to sampling food that’s worthy of Zeus, sip on Greek wines and watch traditional Greek dance and music performances. There’s also a loukoumades eating competition, if you’re a pie-eating champion and are looking for a new summer challenge.

Since 2011, this festival has been showcasing Franco cultures through workshops, dance performances and food. This multicultural festival highlights Senegal, Cameroon, Haiti, France as well as Franco communities in Alberta and Quebec. This year, see the seven-piece band Bombloless, Youssou Seck‘s percussion performance and dance by the Haitian Pearls.

Learn about a new culture by watching movies. This film festival, sponsored by the Edmonton Movie Club, screens films in a range of genres from across India. Calgarians can get insight into the different cultures and traditions in India by watching movies in Punjabi, Tamil, Hindi, Bengali and more.

This is the fifth year in a row that the Calgary Japanese Festival is held at the Bowness Community Centre. Called “Omatsuri,” which means “traditional festival” in Japanese, this one-day festival includes the reenactment of traditional Japanese fairy tales, martial arts demonstrations and musical performances. Sample Japanese cuisine and there are sake tastings as well as beer gardens.

During this weekend festival, hundreds of competitors tackle the challenge of a dragon boat race, a team paddling sport that has its roots in ancient China. This event isn’t just for athletes. Spectators can also head down to the race site and enjoy food trucks, cultural activities and live musical performances. This year, more than 5,000 spectators are expected to watch up to 70 teams compete.

Celebrate Latin culture at this festival, the biggest outdoor Latin festival in Western Canada. Expect a high-energy weekend with musical performances and food. This year marks its 19th anniversary.

The Calgary Zoo is launching a brand new festival this year, and even though it doesn’t start until mid-September, it’s well worth getting excited about now. As well as more than 100 animal-shaped lanterns that will arrive from China, the festival will have special garden displays, educational programming (think cooking classes and classes in art history) and entertainment. Over seven weeks, the festival showcases three Asian cultures: Chinese, Japanese and Indian. The team at the Calgary Zoo hopes that this new festival will be Western Canada’s premiere multicultural event.

Where to Go Horseback Riding in the Mountains This Summer

19 Best Things to Do in Calgary This June