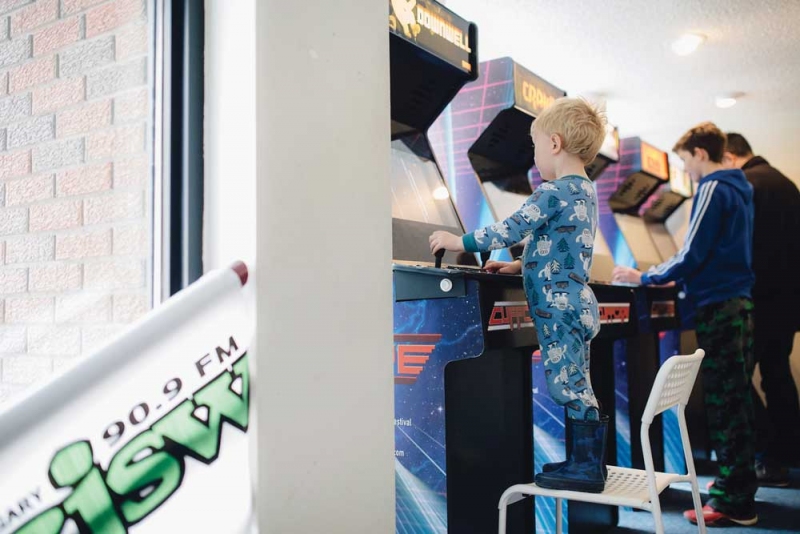 The Calgary Underground Film Festival (CUFF) celebrates its 15th anniversary this month. A lot of cool things have happened in that time, some of which you might have missed, so here are some highlights from the festival’s history, according to festival director and programmer Brenda Lieberman.

The first CUFF took place in 2004 in a bar called The Venue – or at least, it would have taken place there if the bar had received its liquor license. “The AGLC shut us down on the first night, so the patrons, board of directors, everyone had to figure out, in a moment of panic, where we could move the festival to, and walk the audience there,” says Lieberman.  “We ended up moving to Emmedia and did it all there.”

In honour of the 2011 screening of Rubber, a film about a tire that goes on a rampage, CUFF set up a Q & A with a mystery guest who turned out to be the round, silent type. “We had a tire up on stage with a microphone and a moderator,” says Lieberman. “We kept it serious, had a 15- to 20-minute Q & A, and the audience just went with it. It was amazing.”

In 2011, curator Kier-La Janisse brought a three-hour package of retro cartoons and commercials to CUFF. Since then, the Saturday morning all-you-can-eat-cereal cartoon party has brought pyjama-clad audiences together for classic ‘toons and endless sugar cereal, something Lieberman says they take great pains to procure. “We make several trips to the U.S. and we try to buy as many of the wacky, cool kinds [of cereal] as we can fit into our office,” she says. “Last year we had 85 varieties.”

In 2013, the festival screened A Band Called Death about a little-known punk band from Detroit that never “made it,” only to experience a resurgence in popularity decades later. CUFF secured not only the documentary but also a performance by the band afterwards at the Palomino. “The theatre had a standing ovation after the movie and the band was amazing” says Lieberman.

In 2015, CUFF created custom arcade cabinets to showcase independent video games.”One of the [game creators], he never in a million years imagined watching his game get played by a bunch of kids and adults, seeing them lining up to play it,” says Lieberman. “He was emotional about it, so I think that was really cool.”