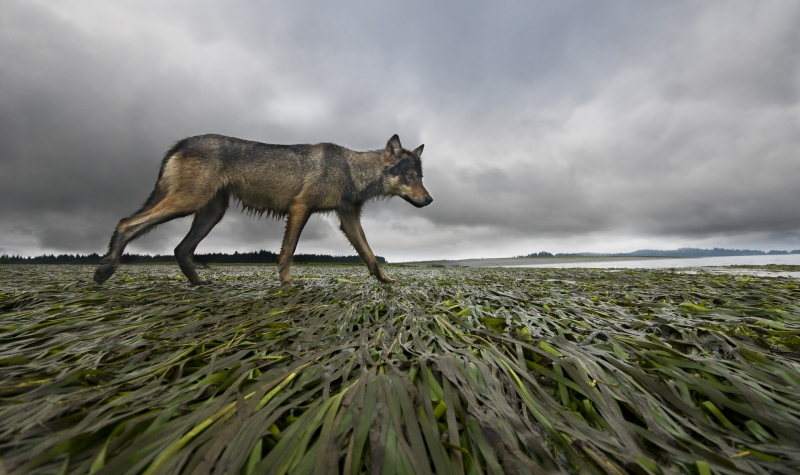 The National Geographic Live series presents A Wild Life on March 4 and 5, where audiences will get a rare peek into the knitty-gritty involved with photographing and filming wildlife. Bertie Gregory, who in addition to his work as a wildlife photographer and filmmaker is the host of National Geographic’s online series wild_life with bertie gregory, hopes that audiences will leave his talk feeling like they want to explore their surroundings. “I hope to get [the audience] just excited about wildlife in general and maybe learning that there’s wildlife anywhere. It doesn’t matter where you live. Hopefully inspiring them to get up and get outside and find wildlife themselves,” says Gregory. “Wildlife conservation isn’t just something that we should do to be good humans and good members of the planet. We should conserve wildlife because it’s good for us and we need wildlife as much as it needs us.”

Be forewarned, if you attend this talk, you may just find yourself with the undeniable urge to head straight out of the venue, grab a camera, and begin exploring. Here are five things you should know about A Wild Life.

The key ingredient to any wildlife talk is the jokes

Those who’ve spent some time in the mountains will attest to the wonder of seeing wildlife in person. However, according to Gregory, the city is an oft-overlooked space when people imagine wildlife.

“My talk is basically a collection of stories from the field during my time filming for National Geographic. There’s everything from wilder things that I think you’d maybe expect from this kind of wildlife talk, but I think maybe more surprising is that I’m obsessed with urban wildlife. I recount some of my time photographing wildlife in British cities. People don’t expect to find any wildlife, in Britain let alone in a city. And, then also some kind of crazier urban wildlife stuff like leopards in the city of Mumbai in India,” says Gregory. “Showing that you can have a wildlife experience in the city that’s just as wild, just as crazy anywhere else, is exciting. It kind of bridges that gap as a first step towards attempting to reconnect modern day society with nature and the outdoors.”

This type of wolf lives in a surprising environment

The most unusual animal that Gregory has photographed is a wolf. It’s one that doesn’t live where you would expect.

“One animal that is a big part of my presentation is the coastal wolf, on the west coast of Canada, in British Columbia. When most people think of wolves, they think of, well certainly I do, snow-covered mountains. I think of places like Yellowstone National Park. These wolves live on the beach. Up to 90 percent of their diet comes from the ocean. They eat barnacles, mussels, crabs, fish, salmon during the salmon run, even washed up seals and whales,” says Gregory. “Despite being what I think most people think of as a terrestrial animal, in reality, they’re more of a marine mammal. They can also swim really well in the ocean. I like animals that people think they know but filming them in surprising situations.”

Working as a wildlife photographer involves a lot of time and grit.

The work involved in creating the glossy images in National Geographic is distinctly less… well, glossy. “The biggest misconception people have is this romantic idea that we just buzz around the world having amazing wildlife encounters, and it’s all very glamourous. The reality of filming wildlife is that you spend most of your time in an uncomfortable position being quite bored, not seeing much, but then the mind has a great way of forgetting pain. All of that is forgotten when you have the few moments of magic and everything comes together,” says Gregory. “I’ll be showing something during my presentation, a shot that we spent 44 days on, and it all came down to 15 seconds. It was one of the most amazing 15 seconds of my life. But, the prior 44 days were just spent sweating, getting bitten by mosquitoes and sunburned and all kinds of horrible things. All of that I’ve forgotten about because the 15 seconds of adrenaline makes it all worth it.”

A jaguar, a caiman and 15 seconds

Gregory gave a little teaser of one of the stories that he’ll be sharing at A Wild Life. The kicker? You’ll have to go to the talk to hear the ending. “[The 44 days mentioned earlier] was trying to film a jaguar hunting a caiman. It’s like the South American equivalent of a crocodile. We were in a place where they specialize in doing that and we spent 44 days in a boat trying to get that moment. When [jaguar’s] spot a caiman, one of these crocodile like animals at the bottom of the river bank, they jump off the top of the river bank onto the caiman into the water and then they have to kill it very quickly before it thrashes around and gets away. And then they have to drag it out of the water,” says Gregory. “It’s this amazing feat of strength, because some of these caiman are twelve feet long, much bigger than the jaguar itself, and they’re armored as well. They’ve got big teeth. They’ve got scales. They’re dinosaurs essentially. This jaguar has an amazing task that it has to achieve, and we were trying to capture that moment. We spent 44 days trying to get it, and it all came down to 15 seconds, and you will find out what happened at the show.”