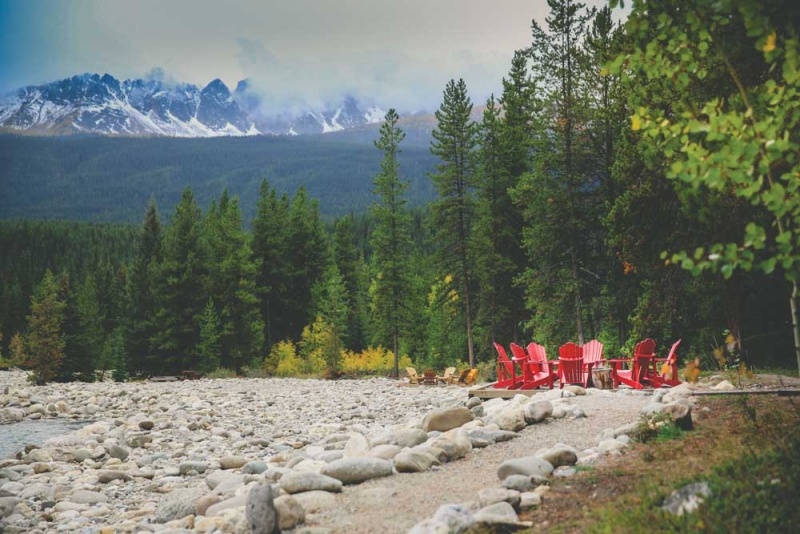 Whether you want to look at bright yellow larch trees, see some mountain films or just curl up in a cozy cabin, here are some of the best things to do in the mountains near Calgary during the fall months.

Do the Tamarack Ridge Walk at Panorama

Panorama is known as a quintessential skier’s getaway, but the resort provides different diversions in the autumn when swaths of alpine larch trees brighten its slopes. Like their leafy cousins, the needles of these distinctive coniferous trees turn shades of yellow, gold and amber in the fall, creating a stunning spectacle.

To make the most of larch-spotting season at Panorama, the resort has started doing guided walks to the summit of Mount Goldie during the month of September. Along with breathtaking vistas, the Tamarack Ridge Walk experience includes chairlift access to a point just below the summit, a prepared lunch and snacks and an aprs-hike drink at the T-Bar and Grill. It can also include the unique experience of several seasons in one day, as the still-summery scene at the resort base can morph into early season snowfall at the peak.

Although there is a hiking trail up the mountain, the succession of chairlifts (Mile 1 Express, to Champagne Express, to Summit Quad) allows you to skip the two-to-three hour ascent and enjoy morning on the mountaintop. Hot chocolate awaits you there, a final fuel-up before the 3.5-kilometre walk to the summit of Mount Goldie (an elevation gain of 267 metres).

The hike starts out along Outback Ridge, the same path that provides access to the expert-level skiing in Taynton Bowl during the winter. Guests then have a choice of routes ranging in difficulty. The easiest is the walk to Goldie Plateau, just beyond the end of the Outback Trail. Energetic hikers can continue on from there to the summit of Mount Goldie. There is also a detour trail to picturesque Goldie Lake that’s suitable for intermediate-level hikers.

The descent includes a walking portion to the top of the Champagne chairlift. From there, you’ll ride the rest of the way down on the Champagne and Mile 1 lifts. At the base, you’ll be happy to cash in your drink ticket and share photos with your fellow mountaineers.

If you can, plan your walk weekend to correspond with the Panorama Gourmet BBQ Championships on Sept. 23, a culinary showdown that pits teams of staff from the resort’s eateries against each other in a battle to create the best chicken and ribs using ingredients from a “mystery basket” presented that morning. The barbecue feast includes a variety of sides and salads with the day’s champion decided by audience vote. The ticketed event is set to happen outdoors in the upper village, relocating to the resort’s Great Hall in the event of poor weather. After that, you’ll be more than ready to hit the hot tub, provided you don’t lapse into a food coma first. 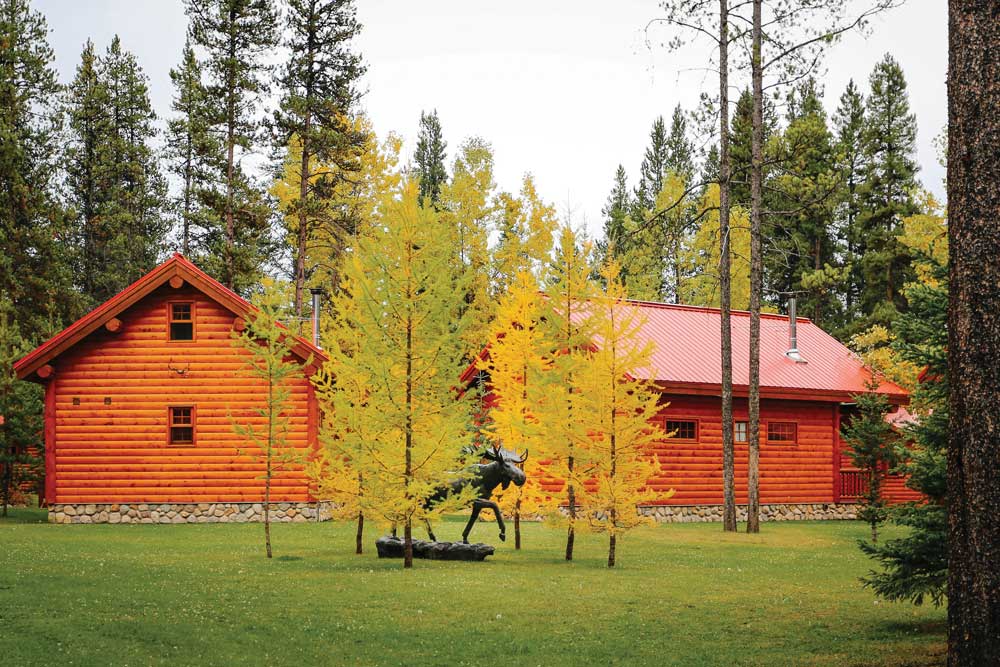 The charming and cozy log cabins at Baker Creek Mountain Resort near Lake Louise on the Bow Valley Parkway make a great getaway for Calgarians any time of the year, but heading there in the mid-fall means significant cost savings. The same cabin that goes for $475 per night during peak summer season is $250 the day after the Thanksgiving long weekend.

While it’s true that the weather in Banff National Park can be unpredictable in October – you could just as easily encounter a blinding snowstorm as a brilliant, blue-sky day – should you be blessed with the latter, you’ll be able to enjoy the tail end of larch season with fewer crowds. Provided there hasn’t been significant early-season snowfall, mid-fall is an opportune time to hike the Lake Louise trails. Baker Creek general manager James Hague recommends the Saddleback Pass hike, a 7.4-km loop through terrain Hague describes as “just filled with larch trees” that sets out from the Lake Louise parking lot. From the top of Saddleback, a short scramble (doable by anyone of any age who made it that far) gets you to the summit of Fairview Mountain where you’ll be rewarded with incredible views.

Baker Creek’s on-site restaurant is open for dinner only during the fall season (they stop serving breakfast in mid-September and lunch following the Thanksgiving weekend) though the individual cabins are equipped with full kitchens.

Later in the month, over the weekend of Oct. 20 to 22, Baker Creek will be hosting a yoga and wellness retreat led by Canmore-based instructor Sarah Harvie, whose training in cranio-sacral massage therapy influences her yoga teaching, creating a practice that’s invigorating and restorative and well-suited to the alpine locale.

Take in the Banff Mountain Film and Book Festival

Aerial view of the Banff Centre for Arts and Creativity (left side of image), site of the Banff Mountain Film and Book Festival.

The Banff Mountain Film and Book Festival is basically the Cannes of the alpine world, a nine-day smorgasbord of adventure stories and awe-inspiring feats and the human drama behind them. The film screenings are a mix of shorts and mid-length features, with the shorts often providing unexpected highlights.

Just like Cannes, there are celebrities galore here – 2016 brought in big-mountain snowboard visionary and climate-change activist Jeremy Jones and rock-climbing legend Lynn Hill – though the stars tend to blend in with the rest of the audience in their down jackets and knit toques. That lack of pretense is one of the most refreshing parts of this festival. Here, being “seen” in the Hollywood sense takes a backseat to having visited places that have never been seen before.

The festival hub is the Banff Centre for Arts and Creativity, located just up from the heart of Banff on Tunnel Mountain. To get there from the centre of town (the intersection of Banff Avenue and Caribou Street) it’s a short – albeit uphill – walk, but if you’re not feeling it, a free shuttle service runs regularly and often.

The film screenings are popular events so buying tickets in advance is a must, particularly if you intend on taking in the showcase screenings on opening or closing weekends. Pre-screening, make time for a beer or glass of wine at the on-campus Maclab Bistro, which has comfy seating and large windows where you can enjoy the incredible views of the surrounding Rockies and plan your own mountain adventure.

Pumpkin Pints at the Grizzly Paw in Canmore

Grizzly Paw Brewing Company‘s seasonal Jack O’Lantern Pumpkin Ale is a fall tradition in Canmore. Reappearing each year in mid-September, the rich, aromatic ale is made with pumpkins from Broxburn Farms near Lethbridge, which are prepped and oven-roasted by the kitchen team at the restaurant, then transferred to the brewery where they add a secret spice mixture. A round of pumpkin pints on the Grizzly Paw patio is the perfect way to top off an invigorating fall hike on the local trails. Don’t wait too long, though, as this small-batch beer is usually gone by Halloween.