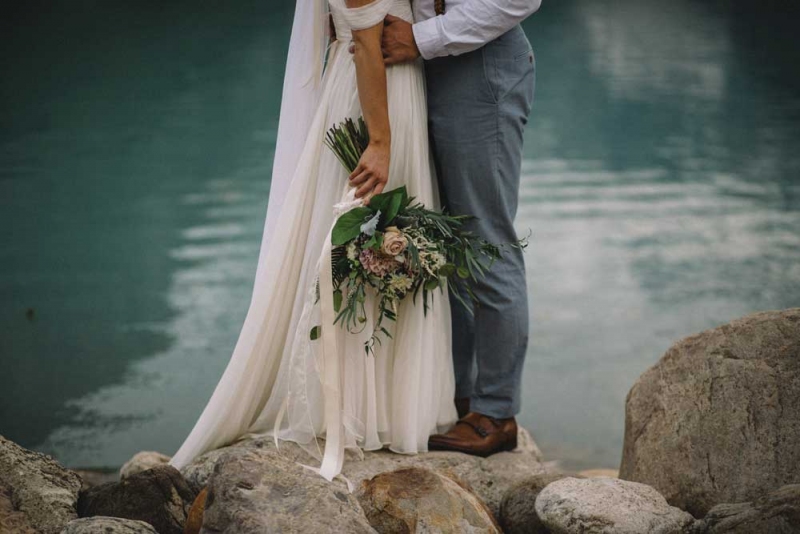 Photograph by The Toths Photo and Film

If it ever was a truth universally acknowledged that a single man in possession of a good fortune must be in want of a wife, it certainly is no longer.

Jane Austen’s opening sentence of Pride and Prejudice reveals much about what marriage was in Britain during the Regency period – a way of bringing together a man and woman, to join together (preferably well off) families. Since British upperclass women of the time could neither work nor inherit, a good marriage was the only way for their families to assure they would be looked after. It went without saying that the marriage was expected to produce heirs (and that unmarried women were expected not to).

So much has changed since then. The social mores that trapped many an Austen character in a loveless marriage of necessity have given way in most of contemporary Canada. A single man these days may find himself in want of a husband, or may decide to stay single, even to rear children on his own. And what of the wife? It may in fact be she who is in possession of that great fortune.

Along with those changes, marriage itself has changed. Marriages, for the most part, start later and may be less stable in the sense that they have the option to end in divorce.

That being said, I would argue that all of these changes have made marriage better and stronger and weddings more relevant. We’ve been able to keep the best parts of marriage, while those aspects that forced many to enter or stay in unsuitable partnerships have been left behind.

In many communities, having sex, living together, owning property, even having children together isn’t reserved for people bound by marriage. Changes in laws about common-law marriage make it clearer and easier for each partner to be protected if the relationship ends or if there is a medical emergency. And changes to divorce laws make it easier to end a marriage that no longer works. Obviously, women are now able to have their own money and build their own careers and households, so what most women look for in a partner is someone who primarily supports them not financially, but emotionally.

All of these things change what marriage is and why people get married. But the institution itself, along with the wedding ceremony, not only continue to carry weight, but are in some ways more important to those who choose them.

Relieved of so much of the legal baggage that marriage formerly had to carry, modern marriages are about joining partners who truly and freely choose to enter the union. For many committed partners a wedding isn’t important and they are free to make that choice – leaving those who choose to marry with both a marriage and a ceremony that they can craft to represent who they are.

And whether or not the wedding has religious or traditional aspects, for most people the ceremony has become about the public declaration of love and support rather than a legal transaction. It’s a time for two families and two sets of friends to join and celebrate becoming one. Instead of being the moment after which “you may now kiss the bride,” weddings have evolved to become about recognizing a union that has already likely weathered some ups and downs and stood at least a short test of time.

Part of what’s wonderful about the modern marriage is its flexibility. It is an institution strong enough to encompass couples of different religions, sexualities and traditions. It is strong enough to include couples who have and don’t have children or have children from previous relationships. It can stretch to couples who have been brought together through a huge variety of circumstances.

All it requires is the people getting married commit to each other – and they are free to define that commitment themselves.

When my partner and I told my mother we’d gotten engaged to be married, her first question was, “Why?”

For me, the answer was easy – to take a moment to declare our commitment to one another and to ask our family and friends not only to bear witness to that, but also to commit to helping us live up to the promise we’d made to one another. It was a beautiful day with the most significant people in our lives, setting us off on a new, if familiar, path. When we came to the fork in the road, we chose it together and have continued to ever since.