SPOTLIGHT ON AVENUE’S TOP 40 UNDER 40 ALUMNI

When Calgarians are recognized as one of Avenue’s Top 40 Under 40, their achievements don’t stop. Their expertise, hard work and determination drive new passions and inspire new projects.

We check in with three inspiring Top 40 alumni, including one who donates her time and expertise to support crisis and disaster relief, one who educates people about how to healthily address trauma and another working to make meaningful change and fight racism. 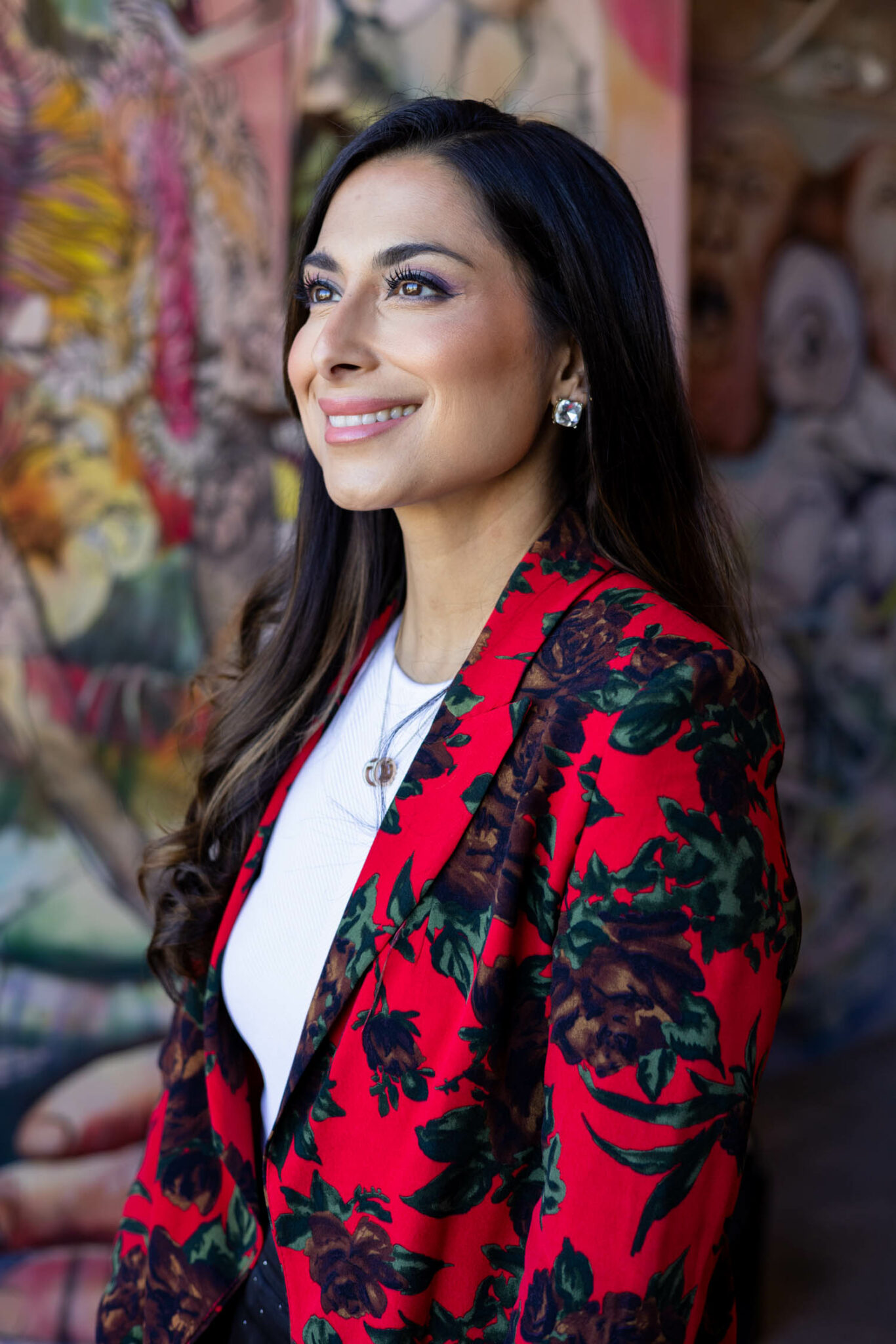 In addition to honing her legal craft in the regulatory field, this dedicated Top 40 Under 40 alumna gives back to her community any way she can.

Shailaz Dhalla is part of the Top 40 Under 40 class of 2009, a recognition she earned in part for her work as legal counsel with the Alberta Utilities Commission — representing the AUC at hearings and using her negotiation skills to balance the needs of industry with those of Albertans. She coupled her demanding career with volunteerism, spending up to 30 hours a week giving back and supporting groups like the Ismaili Muslim Conciliation and Arbitration Board, Alberta’s KinshipCare Program, the  Calgary Bridge Foundation and various immigrant and refugee aid initiatives. Since 2009, Shailaz’s professional and volunteer work has seen further success.

In 2013, Dhalla made the shift from public to private practice when she accepted an associate position with the law firm Lawson Lundell LLP, working her way up to partner in 2019. As a regulatory expert with the firm, Dhalla focuses on energy, environmental, utility and Indigenous law. She helps her clients navigate high stakes and complex legal issues, with a goal to obtain major project approvals that contribute significantly to advancing the Alberta and Canadian economies.

Dhalla represents major players in the oil and gas industry in her day-to-day work. In equal measure, she remains passionate about giving back wherever she can. This includes involvement with student recruitment and mentoring new lawyers who are moving up through the ranks.

“At Lawson Lundell, we strongly support mentorship initiatives that actively empower young lawyers by building capacity and creating opportunities that will nurture and advance their legal skills in an environment that promotes teamwork and inclusivity,” says Dhalla.

Dhalla volunteers her time as a member of FOCUS Humanitarian Assistance’s Board of Directors, an international agency dedicated to saving lives through crisis response, disaster risk management and enabling sustainable communities. The group provides relief in Canada, as well as Europe, the Middle East and Asia.

“Due to the range of challenges faced by global non-profit agencies, legal acumen is highly sought after,” says Dhalla. “When you’re fortunate enough to cultivate a certain set of skills — for me, those are legal skills — it’s important to utilize your skill set to improve the quality of life of others where you can.”

The driving factor behind all Dhalla has accomplished is her strong belief in the importance of family, volunteerism and community. In 2009, Dhalla said to Avenue, “The two things that have enabled me to succeed personally and professionally are my family and the Ismaili Muslim community, of which I am a part. Both of these elements serve to ground me; they also provide the motivation for me to continue to seek greater growth and success despite any challenges along the way.”

In the 13 years since Dhalla’s Top 40 recognition, her outlook remains the same. And, at the heart of Dhalla’s impressive achievements, is the pull to look beyond herself.

“I am grateful to be a part of so many strong and supportive communities,” says Dhalla. “Whether it’s the legal community, the Ismaili Muslim community or the greater global community, enduring resilience and success can only be measured by what is achieved as a collective whole.” 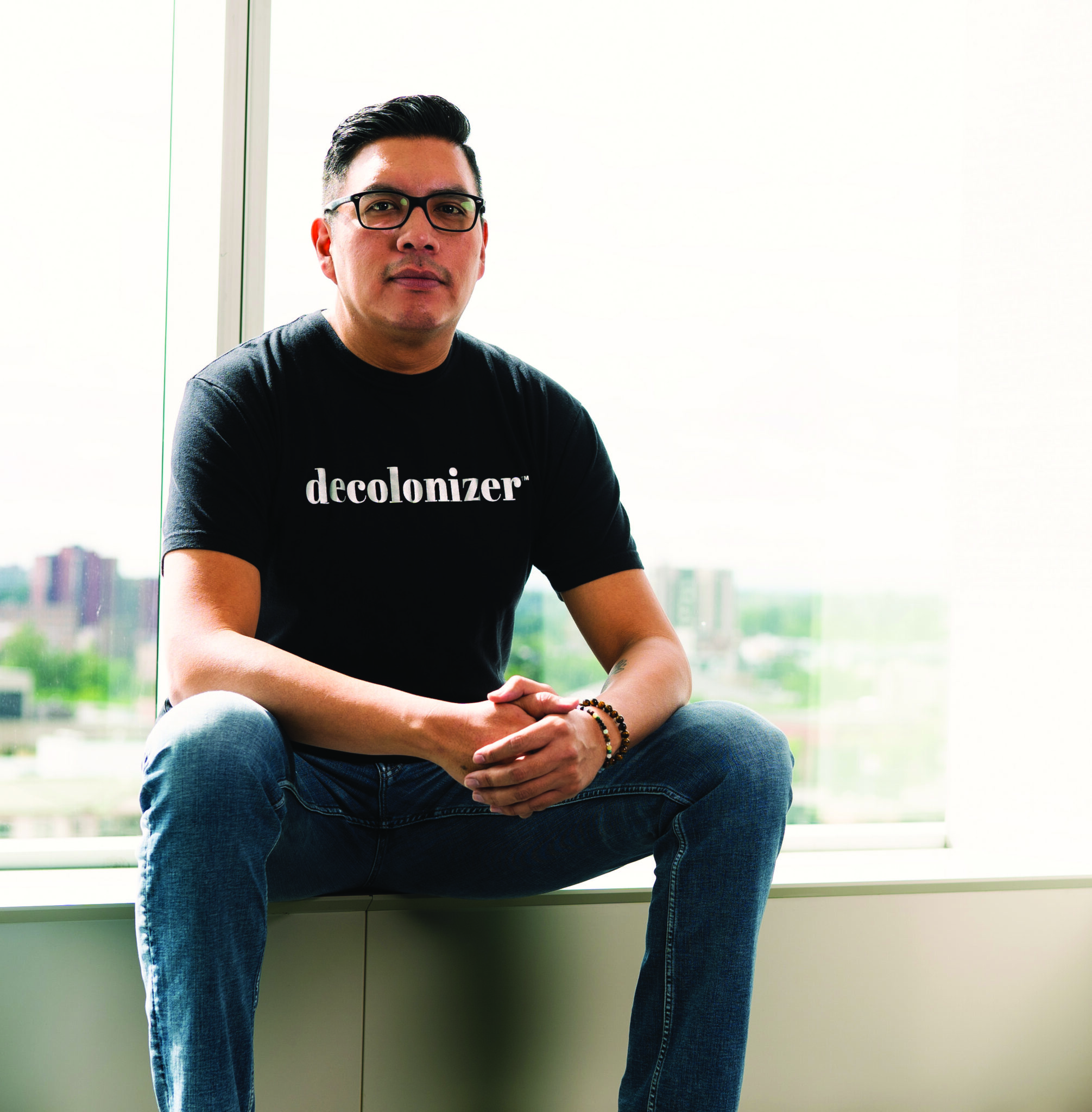 This Top 40 Under 40 alumnus has continued his work in bettering Indigenous communities while also expanding his focus on social justice and racial equity efforts.

When Tim Fox joined the Top 40 Under 40 class of 2019, he described seeing his role with the Calgary Foundation as a “systems changer.”

Fox was recognized as a Top 40 Under 40 for his dedicated work with the Calgary Foundation in helping better its efforts with Indigenous communities and finding ways to mobilize the work of Truth and Reconciliation. Today, Fox continues eliminating barriers as a systems changer for Indigenous communities internally and in the broader community as the Calgary Foundation’s vice-president of Indigenous relations and racial equity.

“I believe the work of reconciliation is for all people, but the demographic that’s really influenced the Truth and Reconciliation movement has been the Indigenous population,” says Fox. “We’re trying to reach out and expand that scope to include more racialized communities to work towards equitable practice.”

Since his Top 40 recognition, Fox has continued this work while also expanding and evolving his focus on social justice and, more recently, on racial equity. Shortly into 2021, the Calgary Foundation conducted a racial equity audit with the intention to identify areas within the organization that could be problematic, or harmful toward racialized people and communities. Using the audit as a guiding framework, Fox is helping the Foundation work towards equitable practice. “Moving forward, we must address those recommendations and incorporate them into how we operate as an organization so that we are truly trying to address any systemic racism that may occur or exist,” says Fox.

Along the way, Fox has seen a shift in other sectors that are now finding ways to mobilize similar work. It’s a shift Fox relates to realities society is now witnessing. In 2021, a mass grave of Indigenous children was found on the grounds of a former residential school, a discovery that rocked the world. Then in 2022, Pope Francis visited Canada and gave a historic apology for the role of the Catholic Church in residential schools.

Fox says that as society comes face to face with this reality, we’re finally paying attention.

“We still have much work to do. If we want real, significant cultural change, we’re talking about a cultural shift that has to happen — not only within our organization but in society overall. So, these experiences that we’re designing and facilitating are ongoing. They should be ongoing for everyone,” says Fox.

While Fox intends to continue his work with the Calgary Foundation — and finds hope and motivation that society will experience them significant changes needed for reconciliation, equality, decolonization and healing — he also acknowledges his efforts are generational.

“I’m very hopeful that there’s a new kind of leadership emerging in the young generation who has no patience for the status quo and is ready for change. We just can’t be naïve to think that we’ll experience it in our lifetime. This is generational work,” says Fox.

Moving forward, Fox remains humbled and grateful to be given the opportunity to facilitate his work with the Calgary Foundation. Still, he also hopes to see other organizations realize that shifting systems and infrastructure requires a huge cultural and organizational shift.

Foundation is giving me the opportunity and role to help facilitate a systems change approach to reconciliation and racial equity. 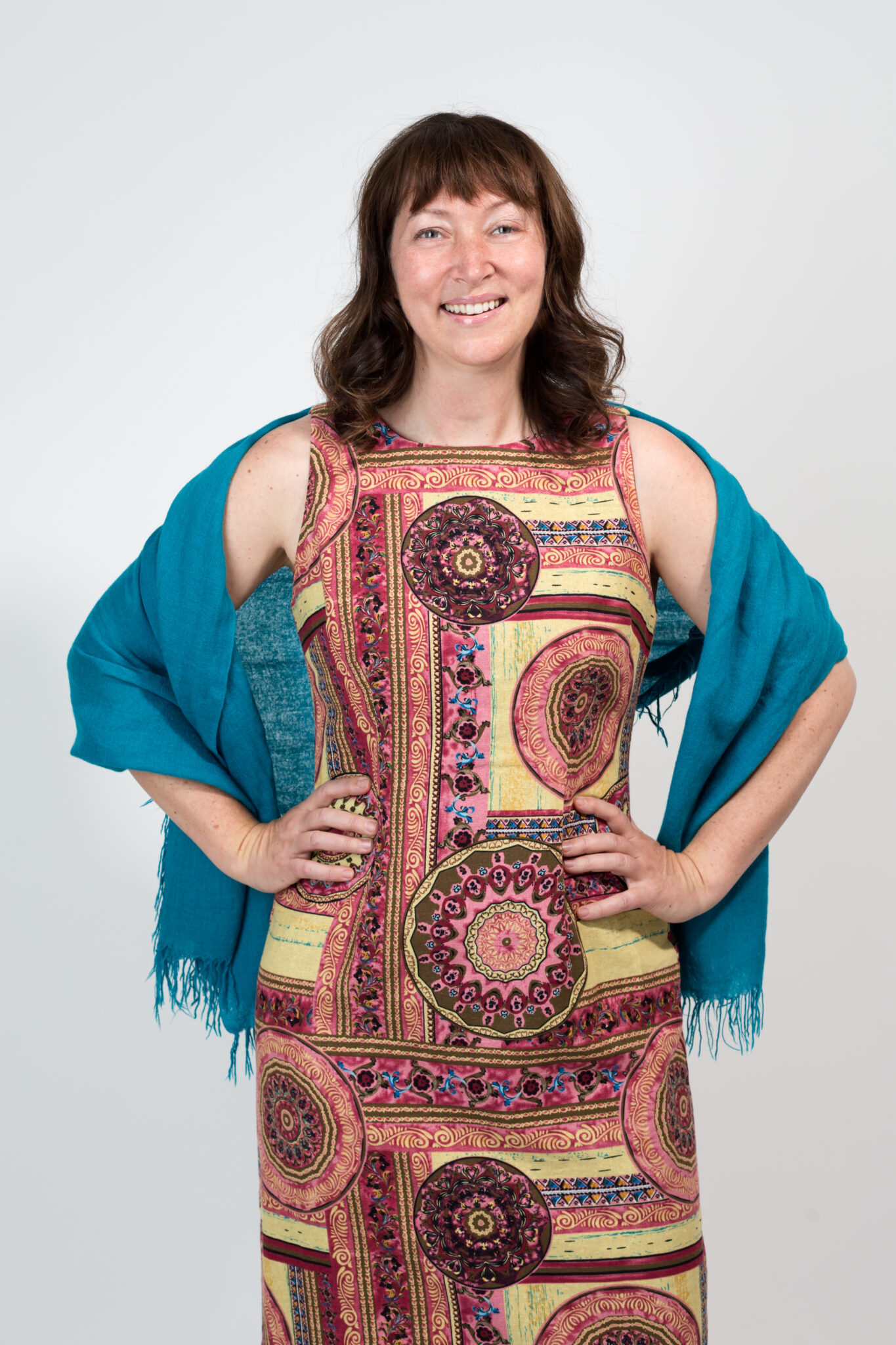 This Top 40 Under 40 alumna is focused on the role of trauma in mental health and providing the necessary supports to address it.

In 2011, Dr. Christine Gibson joined Avenue’s Top 40 Under 40 class because of her effort to eliminate the gaps in global health care and her non-profit work with Global Familymed Foundation, which provides scholarships to family medicine residents in Uganda. Gibson has since shifted her focus to local endeavours in the community, where she quickly learned that trauma was the underlying cause of most mental and physical health issues.

“I think my recognition of issues around global health and equity have made me recognize that trauma is something that needs to be addressed within individuals, companies, communities and globally,” says Gibson.

Knowing that systems were so affected by mental health, Gibson co-founded Safer Spaces Training in 2022, which helps professionals like teachers, doctors and entire companies recognize the stress and trauma around them.

“The pandemic has been recognized as a collective trauma, but so is the climate emergency and inequity,” says Gibson. “Being in health care makes it evident that it touches all of us.”

Near the beginning of the COVID-19 pandemic, Gibson began creating social media content, “@tiktoktraumadoc,” where she shares information about mental health matters. The messages resonated enough to get Gibson a book deal, and The Modern Trauma Toolkit will be out in spring 2023. The book provides an accessible and solution-focused look at trauma with both an individual and system-focused lens. “It was a dream come true to marry systems thinking, my work in trauma and writing,” she says. Gibson is currently working toward completing a doctorate at Middlesex University London to further her passion and work on the link between systems design and trauma.