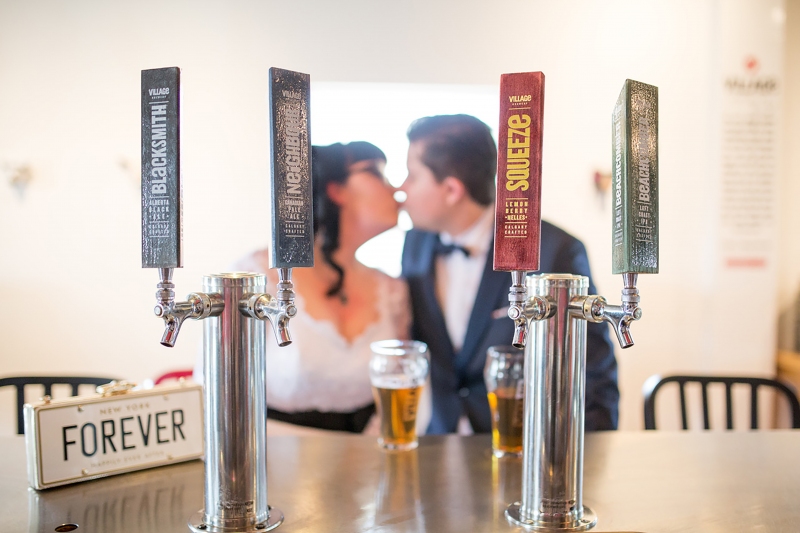 Weddings don’t have to be an ultimatum between a large event and elopement, at least not according to Erin Bjorkstedt the Founder of Pop-Up Weddings Calgary.

Similar to the concept of a pop-up shop or music event, pop-up weddings have quick setup and teardown times, are often unique and embrace non-traditional approaches, says Bjorkstedt who also works as an event planner.

“The idea is to provide an alternative for couples who may be averse to having a large extravagant wedding but still wanting something meaningful and beautiful,” she says.

Pop-up Weddings Calgary started in 2015 after Bjorkstedt noticed there was a need to provide couples with beautiful ceremonies at a cheaper rate.

She says a pop-up wedding, which consists of set-up, ceremony, photos and teardown, usually takes two to three hours total asking only that the couples show up for the ceremony.

“It’s so easy to the point where people are having a hard time wrapping their head around how easy it is,” says Bjorkstedt. “The couples technically pick a few things, tell us their favourite colours, maybe pick a few songs, but otherwise the only thing they have to do is pick out an outfit and buy a marriage license.”

Bjorkstedt’s business offers three ways to have a pop-up wedding which can range in cost from around $2,600 to $5,200. Simples, as they are called, offer the basics like location, photographer, officiant and supplied decor. The Deluxe package includes personal touches like selected flowers, a cake and live ceremony music.

The third option was introduced last year and is the Pop-up Wedding Day. One venue is rented for an entire day and up to five couples can use it back-to-back throughout the day, sharing the expense of the rental.

“We can go a little bit more elaborate with those because they’re getting that full ceremony location,” says Bjorkstedt.

Reasons for booking a pop-up wedding vary from couple to couple, she says. Most commonly it is because couples want something simple and intimate that’s not going to break the bank, while still allowing for the family and friends they want there to attend.

Not only are pop-up weddings a way to avoid wedding day overspending but they typically only require one or two months of planning says Bjorkstedt, which takes a lot of the stress out of the process.

“This is really stress-free. Everything is planned for you,” says Bjorkstedt. “If you’re an introvert, for instance, you’re literally up there for 30 minutes – we’ve had some ceremonies take five minutes – so it’s really about making it easy for the couple.”