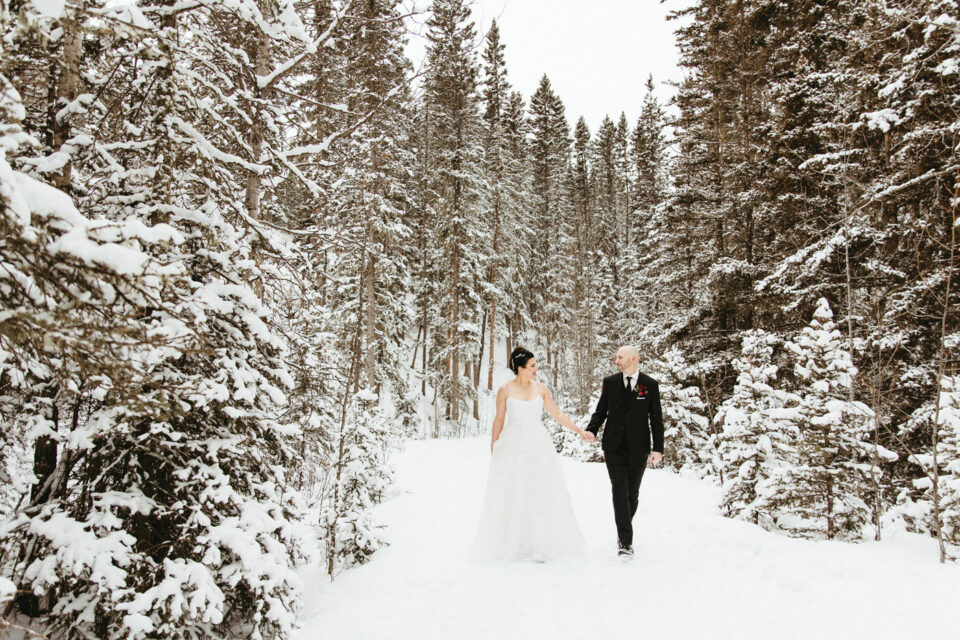 Jessica Pecush (now Ferguson) and Jonathan Ferguson met online and had their first date on St. Patrick’s Day in 2016. The conversation flowed, and, by the second date, the pair decided to share their health journeys. Jessica had struggled with ulcerative colitis in her early 20s, which led to her becoming a holistic nutrition practitioner. Jonathan shared his diagnosis of a rare, slow-progressing liver disease called primary sclerosing cholangitis, which has no known cause and would eventually require a liver transplant. For Jonathan, the discussion about his illness had deterred prior relationships from progressing to the next level. But, with Jessica, it brought them closer.

By 2019, Jonathan had entered end-stage liver disease and was officially added to the transplant list. Before being hospitalized, on a trip to Tofino, B.C., for Jonathan’s parents’ 50th anniversary, the couple took a walk together, and Jonathan proposed. “Whatever happens, I want you to know that we’re on this journey together, and things are going to get better,” Jonathan recalls saying.

Over the next year, Jonathan’s health continued to decline while he waited for potential donor matches — since a healthy liver regenerates to normal within a few months, a living person can donate a portion of their liver, or an entire liver from a deceased donor can be transplanted. COVID-19 hit, grounding all flights and putting all surgeries on hold, but, in June 2020, with flights and surgeries happening again, Jonathan’s brother, Daniel, was approved as a living donor. A surgery date was set and Daniel ended up donating 67 per cent of his liver to his brother.

In November 2021, family members nominated Jessica and Jonathan for an all-inclusive luxury wedding at Azuridge Estate Hotel, a boutique property in Priddis. They were chosen out of more than 200 applicants.

On Feb. 24, 2022, a snowy day, Jessica and Jonathan were married. Daniel stood by Jonathan’s side as best man on a day filled with laughter, tears, joy, healing and love. The program included a photo tribute to Jonathan’s mother, who had passed away the previous year from cancer.

“It’s still a dream to us,” says Jonathan. “To experience that with friends and family and remember things that got me through the rough times when I was dying, like thinking about the future with Jessica and what it was going to hold for us; I’ve never cried so much, yet laughed so much.”

Calgary Style: How to Look Hot When it’s Cold