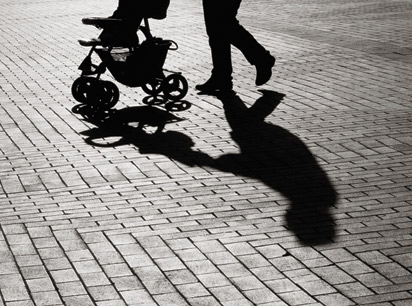 It’s a well-known proverb that it takes a village to raise a child. But with today’s dual-income parents and scattered extended families, today’s village resembles little of its traditional self.

For many middle- to upper-class families, nannies are playing the role that relatives and neighbours traditionally did, by helping with the children and taking care of duties like cleaning, meal preparation and driving. While many people who employ nannies say these caregivers are key to helping families manage their households, while freeing busy parents to spend more time with their children, there are those who say that, from a child care perspective, there are better options.

One afternoon in 2008, I was at the playground with my one-and-a-half-year-old son when I met a nanny and her two young charges. “Don’t you have a nanny?” she asked, making me wonder whether I was the last parent on the block not to have one.

As it turned out, we hired a nanny when our second child was born in May 2009. Since I was working from home, we didn’t even consider other child care options. I wanted to be with my children, but I also knew I needed some help with housework and juggling two children’s needs and activities. Extra help means a happier, healthier me, marriage and family.

Out of curiosity, I recently took a quick tally of my friends and acquaintances in Calgary who also have hired nannies. I counted 23. I’m amazed at the prevalence of nannies in our city’s households, especially since I didn’t know a single family who had a nanny when I was growing up in affluent West Vancouver in the 1970s and ’80s.

It would be easy to say that having in-home child care is simply a trend among the lazy and spoiled set of a privileged generation. But, according to Gillian Ranson, associate professor of sociology at the University of Calgary, there’s been a convergence of social factors and a variety of familial situations that may have made the nanny a popular choice for child care. While some circumstances are anticipated, such as the arrival of twins or a mother’s re-entry into the workforce, others are not, such as caring for ailing parents or a spouse in poor health.

As well, aside from Quebec, provincial and federal governments view child care as a private responsibility, resulting in a lack of available, quality daycares.

Calgary’s Christine Gillies and Craig DiLouie can speak to this very scenario. In 2008, five months into her maternity leave, Gillies decided to return part time to her position as product line manager at Smart Technologies. They were open-minded about child care options and looked at several daycare centres and day homes, but were unable to find one that accommodated their needs. They found most daycares and day homes do not accept children under the age of one, and daycare waiting lists were four to five months long.
Gillies ultimately returned to work full time a few months later and, although a child care centre was opening at her workplace, by that time the couple had already hired a nanny. They are very happy with the arrangement, and have since had a second child.

“She takes care of our lives,” says Gillies of her nanny, citing child-minding, housework and light meal preparation among the nanny’s responsibilities, and all for approximately the same as what having two children in daycare costs. (Non-live-in nannies cost on average $2,000 a month; the price of daycare in Alberta for two children is roughly the same.)

Furthermore, parents often need more child care than what a daycare centre provides, which is typically open from 7 a.m. to 6 p.m. A nanny can usually accommodate the employers’ work schedules as well as take care of sick children. (Children who get sick are not permitted to attend daycare, forcing parents to find alternative child care arrangements or stay home from work.)

Tom Langford, associate professor of sociology at the U of C, recognizes nannies are more cost-effective and convenient for parents, but he says licensed and regulated child care centres are still the best option.

“The nanny doesn’t have training in early childhood education the way you’d get at an accredited child care centre,” he says. “And if the parent is assigning the nanny other tasks, like cleaning the house and making the meals, you’re not really getting a child care program, you’re just getting bottom-line babysitting.”

Langford, author of Alberta’s Daycare Controversy: From 1908 to 2009 and Beyond contends the prevalence of nannies is not a reflection of daycare in Alberta being in a poor state. He says that, whereas daycare was in a crisis in the early 2000s when turnover of staff in daycares in Alberta was the highest in Canada, and again during the boom between 2005 and 2008 when it was very difficult to find daycare space, daycare is much better now than it was in the past.

Today, there’s an accreditation system in place indicating that an accredited centre is licensed and meets the Alberta Child Care Accreditation Program’s 10 quality standards, including that each child be treated with respect. Furthermore, the provincial government provides wage enhancements to staff at accredited centres, on top of their regular salary. The program also provides funding and bursaries for staff education. The enhancement is significantly higher, about $12,000 annually, for individuals with a two-year diploma in early childhood education working at fully accredited centres.

Still, Langford acknowledges there can be long waiting lists for some of the accredited centres. And that brings the discussion back to why hiring a nanny is such a popular choice in Calgary. One factor Ranson cites as a possible reason for the abundance of nannies in Calgary (and Canada) is a shift in immigration policy leading to the increased availability of foreign nannies.

Over the last decade and a half, a flood of temporary foreign workers has been arriving in Canada, thanks to an array of new federal and provincial programs. When the government introduced the first of them in 2001, the focus was on filling labour shortages in the technology sector, and then the field opened up to nursing, fast food services, hotel management, retail, child care and more. Along with the provincial governments, Ottawa made the invitation more enticing by granting temporary foreign workers the opportunity to apply for citizenship.

In Canada, the majority of nannies are Filipino women, and in my own sample of friends and acquaintances, 21 of the 23 nannies are Filipino women. According to Citizenship and Immigration Canada, the Philippines has become Canada’s largest source country for immigrants and temporary foreign workers, some of whom migrate under the federal Live-in Caregiver Program. After two years, temporary foreign workers are allowed to apply for permanent residence. Canada is the only country that offers permanent status to caregivers and nannies once the requirements of the program are completed.

The popularity of nannies is certainly a boon to foreign workers eager to make money, as well as to families who believe bringing a caregiver into the home is the best child care option.
Thu Libin is a stay-at-home mom who has had a full-time nanny since her second child was born in October 2010.

“We try to do everything for our children,” she says. “We want our kids to be in all the activities. Our two-year-old is in Sportball, music, Gymboree, swimming and another activity. Having a nanny is a decision we made as a couple so that I could focus on our children as much as possible. Having a nanny lets me do that.”

Libin says she often feels guilty about asking her nanny to spend time with her two-year-old son while she tends to the baby. Nanny and son have bonded, which she says is a good thing, but on occasion when he has chosen the nanny over her as a playmate, it has left Libin feeling “crushed and insecure.” She adds she knows she’s not being replaced in her child’s heart, but says this is a normal and common reaction to some people have when they get a nanny.

Some parents are also concerned their children are learning flawed English from nannies for whom English is a second language, or other lessons the parents don’t condone.
“Parents should be aware of the real possibility of a cultural clash between their own approach to child rearing and that of the nanny,” says Langford. For example, one stay-at-home mother I spoke to twice overheard their Filipino nanny telling her two-and-a-half-year-old son it was shameful to walk around naked. The mother didn’t share this belief and consequently asked the nanny to stop saying this, as she didn’t want her son to be ashamed of or self-conscious about his body.

On the flipside, there are also bad employers and nannies speak of employers withholding wages, not giving time off and making wrongful accusations. One nanny who looked after three children for two years said her employer took advantage of her labour, often not paying her for working late and on weekends, and instructing her to complete tasks that she felt went beyond her job description, like washing the family car.

To protect both employees and employers, Langford says ideally he would like to see nannies employed through a child care agency that provides oversight and resources and guarantees they have the proper training. (Currently no such agency exists.) He also recommends complementing nanny care with a preschool program and linking up nannies with other community and social services.

Gilles acknowledges having a nanny is a privilege and says if it means she and her husband miss out on certain moments, it’s a trade-off she’s willing to accept. Ultimately, she says she knows she’s a better parent when she’s not a stay-at-home mom.

Before we hired our nanny, I was hesitant about having someone in my space but knowing she worked as a nanny in Singapore for 12 years and after speaking to her previous employer in Calgary, I was most satisfied and comfortable with her work history and qualifications. Our Filipino nanny’s English is excellent and she is much more than a babysitter – she is nurturing to our children and engages them by doing arts and crafts, reading to them and taking them on play dates and outdoor adventures in the summer. So while other childcare options might work better for some families, in our family our nanny is a key member of the proverbial village and helps create harmony in our lives.