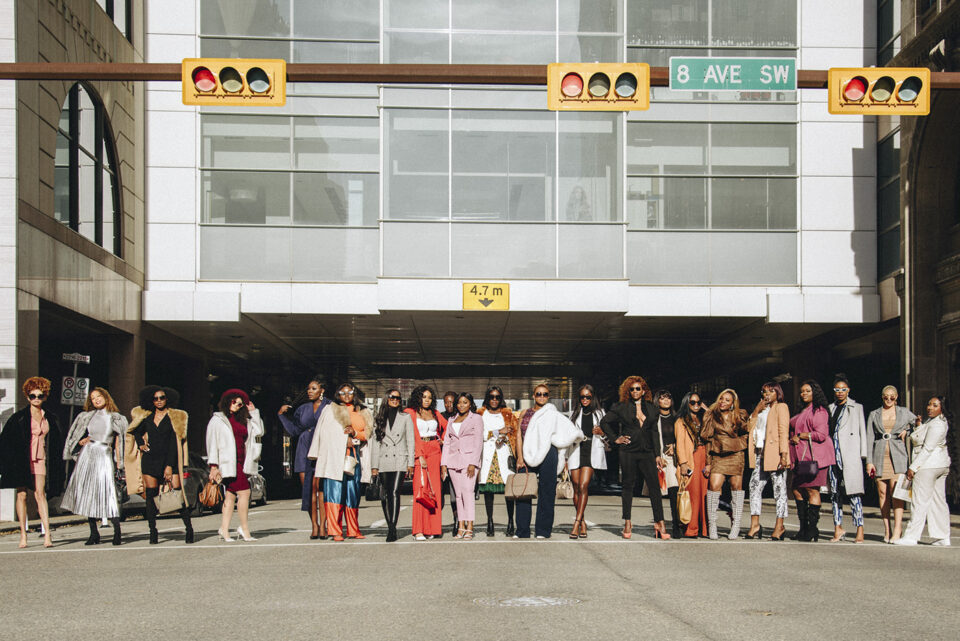 The notion of traditional success is often represented by people earning exorbitant incomes, wearing designer clothes or having light-skinned faces. But Shuana Porter, CEO of AllThingsBossy Brand, says it’s time to turn that notion on its head.

“AllThingsBossy is looking at every aspect of your life and owning it, and knowing that it didn’t happen to you, it happened for you,” says Porter.

The brand aims to provide personal and professional events, business mentorship and networking opportunities for Black and women of colour entrepreneurs in Calgary.

“I feel like there’s a deficit here in Calgary, where we don’t do a lot of events that just celebrate Black luxury, Black excellence, especially for Black women,” says Porter.

Porter initially conceptualized AllThingsBossy in late 2019 as a networking brunch where speakers from all industries would touch on topics of mental health, entrepreneurship, relationships and more for a Black female audience. She began to organize the brunch for early 2020 when global events like the pandemic and the proliferation of Black Lives Matter protests erupted in the city.

The brunch was pushed to September 2020 — 100 tickets had sold out in a mere 10 days — while Porter created virtual events and speaker series videos on finance, self-care and more via social media. “It’s hard to navigate a business, but also [to] navigate social injustice, and how you’re dealing with that mentally,” says Porter.

But Porter, who knows more than a thing or two about business and Black female excellence — she’s also the founder of local branding consultancy Upper House Agency — says the long-overdue reckoning with racial injustice cast a necessary spotlight on Black business owners in Calgary.

In late October 2020, AllThingsBossy hosted a Billionaire Babes Club photoshoot on Stephen Avenue as a response to that lack of Black representation. Doubling down on a new definition of success focused on mental wellbeing, perseverance and inclusivity — the name of the photoshoot was both a calling out of old boys clubs and an invitation to female entrepreneurs — Porter invited local, Black, female entrepreneurs from an array of industries to walk through a downtown setting sporting their best power suits.

Porter and the team behind AllThingsBossy are already planning to expand for 2021, including providing business-building services to business owners, selling Billionaire Babes Club merchandise and organizing a wellness retreat to Jamaica, tentatively planned for next summer.