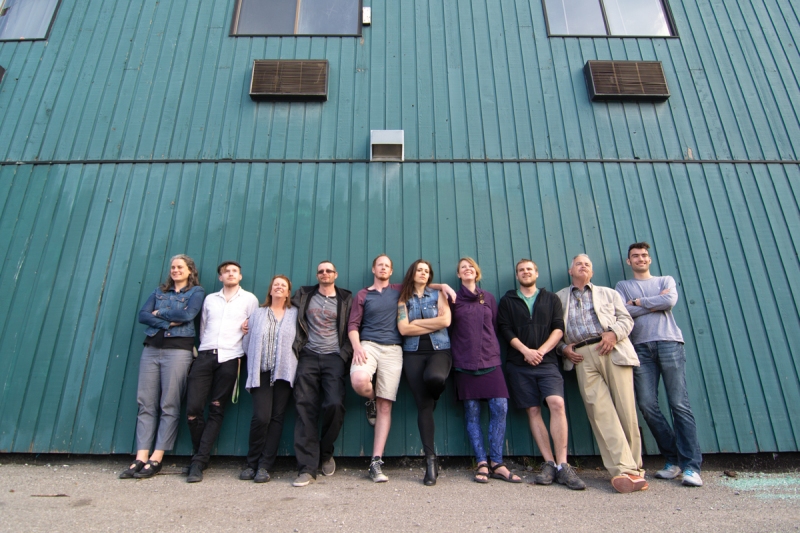 The original cast of Canmoretown. Photograph by Toomas Meema.

Mountain towns like Canmore might seem tranquil to tourists, but there’s a seedier side that Melanie DesRoches, artistic producer of Theatre Canmore, wants to bring to light. “People have a concept of Canmore and the Bow Valley as this almost idyllic place where you can come and relax and everything is running smoothly,” says DesRoches. “I wanted to portray the other side of it, that there’s this whole underbelly of the town that people visiting don’t realize; that the people working in the restaurants have this other life that’s hard to comprehend or have struggles that are not evident to the people that are visiting here.”

Enter Canmoretown, a web series written by DesRoches and launched last May by Theatre Canmore. The series depicts a small mountain town similar to Canmore, where service-industry workers and young people struggle to find housing and make a living.

Many of the series’ cast and crew are in similar situations to their onscreen counterparts. When the original actor playing the character of Glenn the plumber had to move during filming due to an inability to find affordable housing, Glenn had to be recast, which led to an appropriately meta solution.

“We initially thought we could fly [the actor] out and finish the episodes, but then we thought, why don’t we bring in someone else to play that part? We would just explain that Glenn had to move away because of the housing situation, and it fit with the Canmoretown theme. So we got a female actor to play the role, but now she’s had to move, too, because she was laid off, so we now are working on our third Glenn,” says DesRoches. “It’s like we’re filming real life.”