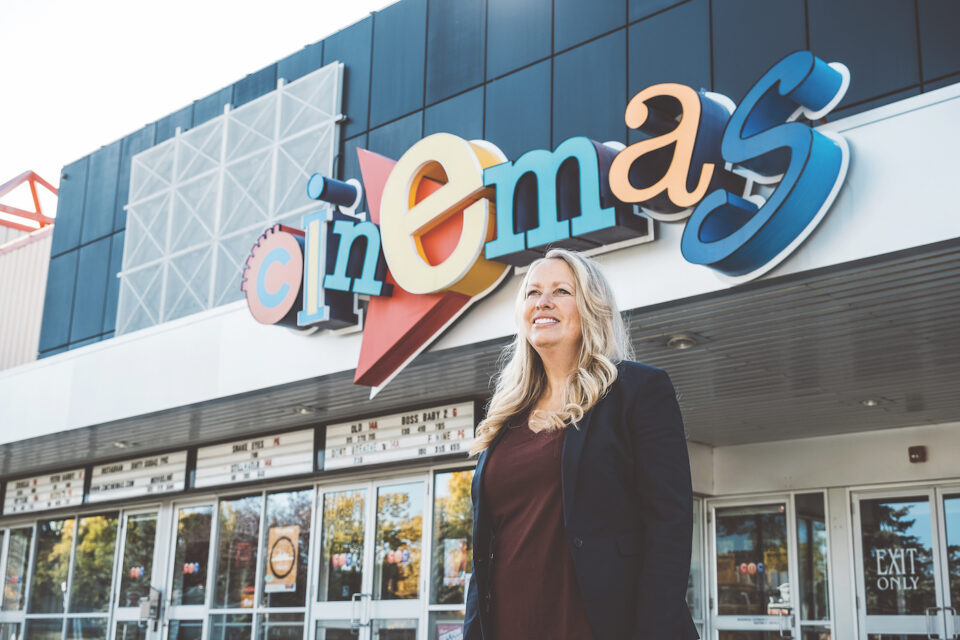 Canyon Meadows Cinemas has been a cornerstone of the city’s south side for the past 20 years. From contagious-laughter comedies to not-a-dry-eye dramas, owner Nathalie Hunter says it’s the communal nature of movie-going that keeps Calgarians coming to the theatre.

“Often, it’s not even what you’re watching,” says Hunter, “it’s the experience that you’re having with the people that are sitting around you.” Canyon Meadows Cinemas is one of the last of its kind, both in Calgary and beyond — an independent theatre specializing in second-run screenings.

The location just off Macleod Trail originally operated as a Cineplex until closing in 2001. Hunter, who owned the two-screen Okotoks Cinemas at the time, decided to buy the space and reopen it as the discount movie house it is today.

The multiplex has since become an institution in the city’s south. Five-dollar tickets make it an affordable night out, and countless birthday parties, first dates and other milestones have taken place within Canyon Meadows’ 10 theatres.

Over the past two decades, Hunter says she has seen the industry change, with national chains representing all but a handful of cinemas in the city, and on-demand or streaming options sometimes being released simultaneously with second runs. A switch from film reels to digital hard drives in 2011 represented another financial challenge as Hunter had to acquire new projectors.

Still, both the Canyon Meadows team and audiences have found ways to keep the Cinemas rolling. When theatres closed over the pandemic, Hunter and her staff organized several drive-in screenings of classic films, from The Rocky Horror Picture Show to Shrek. Tickets for the events consistently sold out in a matter of hours. Hunter says regulars also stopped in weekly to pick up popcorn and asked for other avenues to help out through the shutdowns, eager to find other ways to support the business.

“I’m overwhelmed every day by the people that wanted to see us survive,” Hunter says.

For info and showtimes at Canyon Meadows Cinemas, visit canyonmeadowscinemas.ca