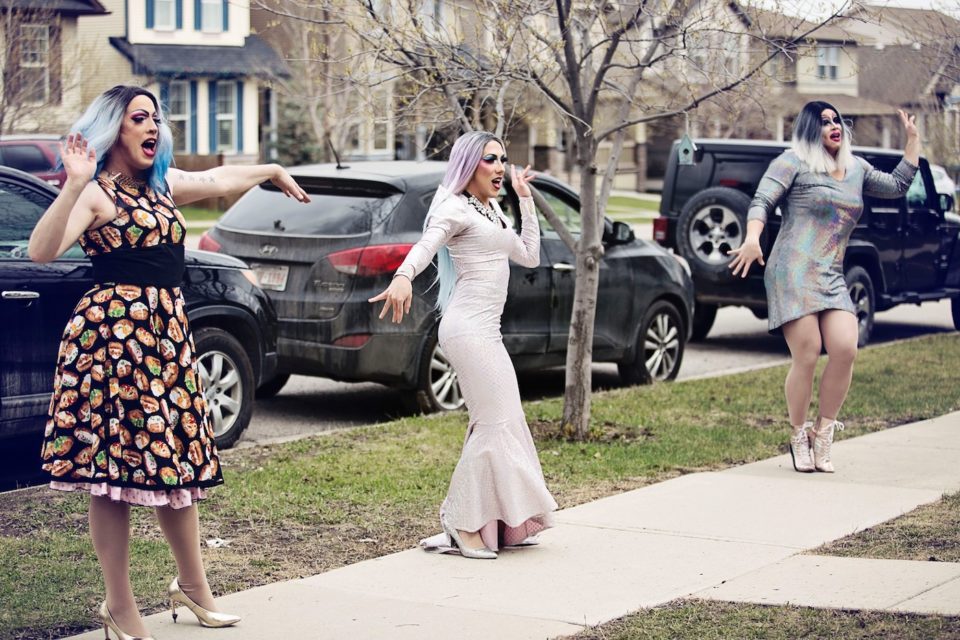 HireHeelsYYC is helping Calgary residents feel the fantasy of drag performance right from their front lawn — at an appropriate distance, of course.

The original idea behind HireHeelsYYC came about around three years ago when Stephen Welch was producing drag shows at the Back Alley Night Club. Erik Mikkelsen partnered with Welch and the two have been working as a production team ever since. The two also perform as Farrah Nuff and Nada Nuff, respectively.

The intention was to be a drag booking service for private and corporate gigs. Now, with clubs closed and staff functions mostly on hold due to the global pandemic, the pair is bringing their love of drag to the streets with curbside performances outside Calgary homes. After a strong start on Mother’s Day weekend, a growing roster of talent is accepting private bookings for birthdays, anniversaries or just to relieve your isolation boredom.

While the company says it’s booked through June and into early July, folks interested in a show are asked to email hireheelsyyc@gmail.com for availability and pricing. Typically, a HireHeelsYYC show includes one to three performers doing two numbers each, but the company is amenable to custom requests as long as they meet social distancing guidelines.