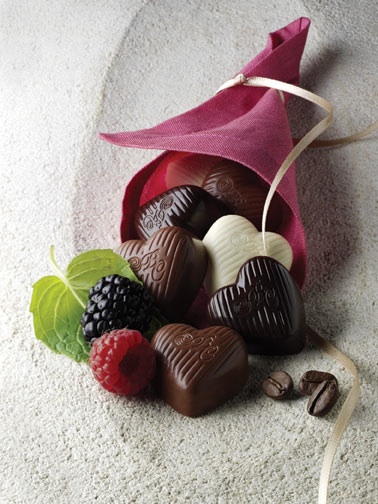 We spoke with some local retailers to find out just how romantic Calgarians really are.

It turns out Calgarians love chocolate, especially at Valentine’s Day. We spoke with Kristen Halpen from Chocolaterie Bernard Callebaut, owned and operated by Cococo Chocolatiers Inc., to find out just how much we like to indulge in chocolate – and treat our loved ones to it – during this romantic month.

Calgarian men are traditional when it comes to Valentine’s Day. According to observations at Kensington Florist, flower sales spike this time of year.

Special Nights Out For Valentine’s Day

Calgarians still use Valentine’s Day as an opportunity to enjoy a relaxing, romantic evening. Sal Howell, the proprietor and founder of River Caf shares some interesting Valentine’s Day info.