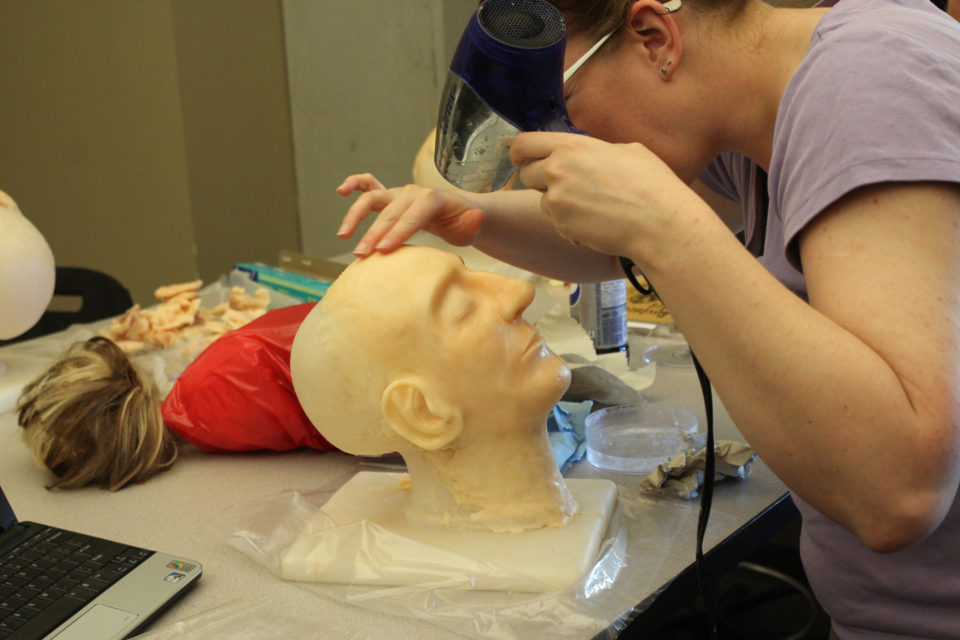 David Root meets his clients on some of the hardest days of their lives. The client interactions that differentiate his work in funeral directing from those in other businesses surely aren’t for everyone. But Root says that unique dynamic is one of the things that drew him to the field. “The norm for us is that we’re dealing with people in a very delicate, tender, wide range of emotions,” says Root. “Being able to be that person for them to lean on for support and help them with guidance was something that made a lot of sense for me.”

Root is the general manager at Pierson’s Funeral Service Ltd., a business that has been in his family for three generations. He says he originally didn’t want anything to do with the profession and opted to work toward a career in pharmaceuticals. However, his part-time work at the funeral home while attending classes in the science department at Mount Royal University (MRU) made him change his mind — and his major.

Root now teaches at MRU in addition to his work at Pierson’s.

Coming to funeral services after another career is not an uncommon story among MRU’s Funeral Service Education students, according to program administrator Donna Palmer. Students in the program, which includes a funeral director certificate, embalmer certificate and a funeral service diploma, tend to be older than those in other comparable programs. Previous professional and academic backgrounds vary among the student body, ranging from paramedic nurses to elementary school teachers.

Funeral education focuses on skills central to the business, including planning and directing ceremonies, consideration of religious and cultural death traditions, restorative art techniques and the embalming process. The school is one of only two recognized by the Alberta Funeral Services Regulatory Board for funeral director and embalming programs (the other is Winnipeg’s Canadian College of Funeral Service).

Root notes many students in his prerequisite “Introduction to Funeral Services” course express personal experiences with the funeral industry — both negative and positive — as being influential in their career choice. While reasons for signing up vary, both Palmer and Root say they’ve noticed many students say similar things when asked how they ended up in the program. “One common theme I’ve heard is that they really felt it was a calling,” says Palmer.