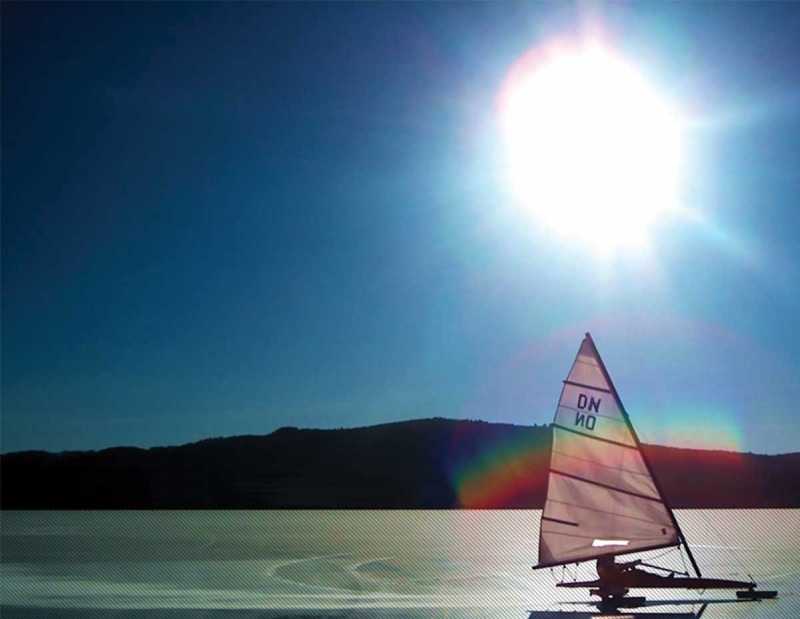 Speeding across a frozen lake at 100 kilometres per hour in a rig that resembles a bullet might sound a scene from a Tom Cruise movie. But for members of the Ghost Lake Ice Sailing Club, it’s just a regular weekend.

Stefan Dalberg has been a part of the local ice-sailing community for over 30 years. His parents got him into it when he was 12 and he has stuck with it ever since. The club dates back to the 1950s and currently has around 30 members who head for Ghost Lake near Cochrane starting on the first weekend of December when the ice is typically thick enough.

Local sailors are fortunate to have Ghost Lake as their home turf. With its proximity to the mountains, favourable winds and large surface area, Dalberg doesn’t hesitate to call it one of the top three ice-sailing lakes on the planet, drawing enthusiasts from across Canada and the U.S. That said, as a sport ice-sailing is ultra-niche; Dalberg estimates there are only a couple thousand ice-sailors worldwide. As such, there aren’t many commercially made iceboats out there and most enthusiasts build their own using custom-ordered parts. Half the battle is getting the materials together, and with costs ranging from $2,000 to $4,000, it’s certainly not cheap.

Building iceboats also takes a kind of technical know-how that Dalberg fears is increasingly rare. “Our generation doesn’t really use hand tools the way our parents did,” he says. “Ice-sailing is one of those sports where you have to be a bit technically adept. You have to know how to repair them.”

Even though the club has seen its numbers decline over the past decades, Dalberg says the sense of community remains strong. “There is a wide breadth of people, from those who just want to go fast, to avid sailors,” he says. “It’s a real eclectic bunch.”