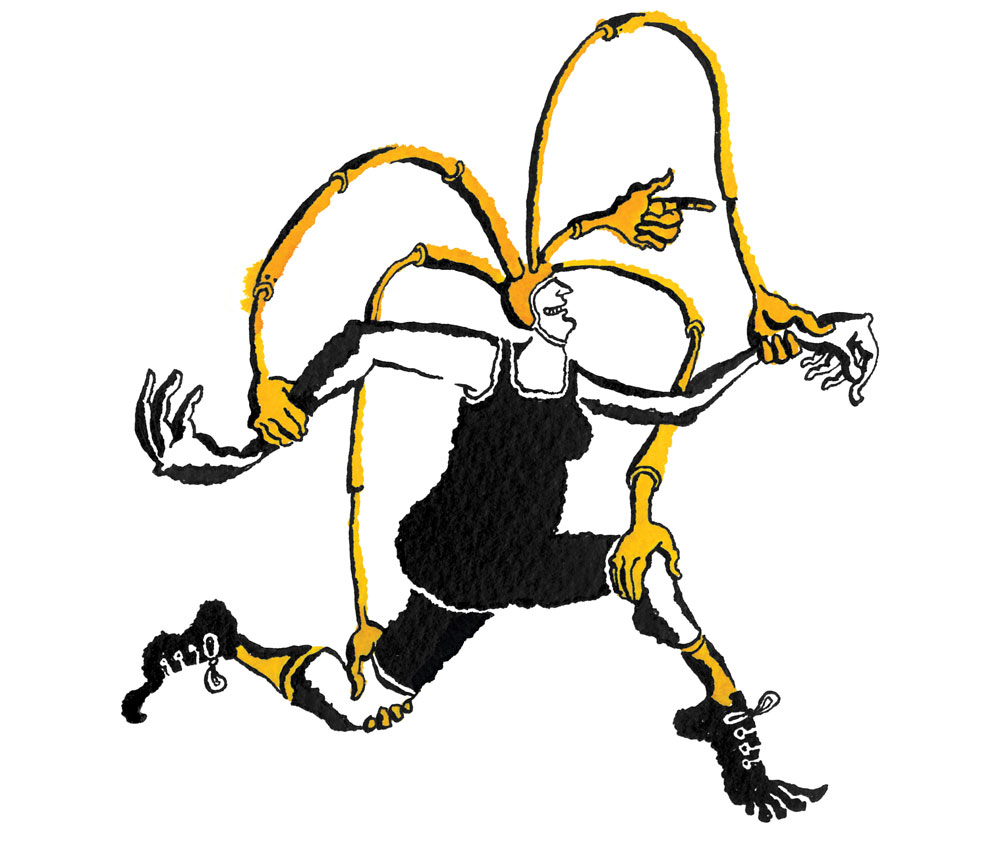 How to Grow Your Willpower

In this traditional season of over-spending and over-eating, give yourself the gift of a bit more willpower.

You are seated in a bare, white room opposite a man in a plain white lab coat. He places a marshmallow on the table between you.

“You can eat this marshmallow now,” says the man in the lab coat. “Or, if you wait 15 minutes, you can have two marshmallows instead.” He then exits the room, leaving you to grapple with the dilemma before you: one treat now or two later?

This same experiment was famously conducted in the 1960s at Stanford University on children between the ages of three and five. Researchers found two-thirds of the children could not wait the full 15 minutes and ate the lone marshmallow.

This experiment offers a clearer example of the benefits of willpower than most real-life situations: the children who resist temptation for a set time are almost immediately rewarded. Unfortunately, with the holiday season rearing its gift-buying, calorically rich, partygoing head once again, long-term rewards like a thicker wallet or thinner waistline can seem very far off. With all the temptations this season implies, how do we stay strong? Is it simply a question of having willpower?

A good first step would be knowing what willpower is and what it isn’t. The word’s meaning can be rather fuzzy, so when Roy Baumeister co-authored Willpower: Rediscovering the Greatest Human Strength in 2011, he had to come up with a concrete definition. “Willpower is a term from folk wisdom that we have cautiously adapted to describe the energy people use inside their brain and their body to exert control,” he says in an interview with Avenue.

Willpower, Baumeister writes, can be compared to a muscle; it can be strained if overexerted, but it can also be trained by using it a little every day. A handy exercise is to imagine a bucket containing all your energy; both resisting the temptation to eat the last bit of turkey and forcing yourself to listen to your in-laws dips into the same bucket of energy. Once it has been used up on one thing, it is gone for everything else, as well.

What willpower is not is the key to success. At least, not directly. “The most successful people seem to use their willpower proactively to set up good habits and break bad habits,” says Baumeister. The key is to establish routines that will enable life to run smoothly so you don’t need to use willpower every day. If you develop an exercise program, for example, you’re better off going to the gym at a set time on set days, rather than use self-control to get yourself on the treadmill every single day.

You may know all this already, but that doesn’t make it any less a challenge to implement – and that’s not entirely your fault. Many things are preying on your willpower and essentially, they use it up. This is called ego-depletion, a term loosely borrowed from Freudian terminology to indicate the diminished capacity to exert self-control after repeated use. If you perform one task that requires a lot of control, you will have far less control on subsequent tasks due to this effect.

There’s also what some creative researchers have dubbed the “what-the-hell effect,” where someone who has tripped up on a daily goal indulges, figuring they’ve already missed their mark anyway. This is how eating one gingerbread man when you’re on a diet can lead to you eating the whole house afterward. Compound this with the numerous yearnings (and stresses) yuletide provokes, and it’s a perfect storm for pigging out and paying full retail price again and again.

But fear not; all these temptations can be beneficial. Remember: waiting for Christmas morning, Christmas dinner or simply for Christmas to be over flexes your willpower muscle, allowing it to grow stronger. Just don’t tackle all your temptations at once; like an actual workout, if you try to take on too much at the same time, you will exhaust your reserves.

That might be fine for people who have reserves of energy at the ready, but what happens to those of us too lazy to last that long? There are a number of ways to work on the art of saying no – peer groups, diet, exercise and meditation all have established benefits when it comes to improving your resolve.

Calgary has dozens of gyms and personal trainers who can help you work on your stamina and improve your discipline. One such trainer is Lynne Loiselle, who has helped many Calgarians achieve their goals since moving here four years ago. She’s also a competitive bodybuilder and former model, so she has some insight into what it takes to stay disciplined.

The first step Loiselle takes with her clients is to get them to write out not only their goals for training with her but their motivations as well. “For me, it’s very important that clients find true meaning and purpose behind their goal,” she says. “I don’t care if it’s stepping on stage, losing one pound or reducing back pain; if it has sufficient meaning for you, you will take the steps you have to.”

Loiselle believes a useful technique for successfully exerting both her own and her clients’ willpower is to employ the “five whys” line of questioning designed by Toyota founder Sakichi Toyoda, which continuously asks the question “why” when stating the reasons for a problem until the root cause is found.

So, when fighting the urge to spend, ask yourself, “Why do I want to save money?” If the answer is “to afford an expensive gift for my partner,” you would keep asking “why?” in response and (hopefully) reach the conclusion that you want to show you care for that person – a much stronger motivator than simply saving money for its own sake.

Self-awareness is another factor that influences self-control. Baumeister recounts in his book the story of a study on Halloween trick-or-treaters that found that children instructed to take only one piece of candy from an unsupervised bowl were less likely to break the rule if there was a mirror where they could see themselves, which might explain why no one eats candy at the gym.

Before you go packing a looking glass in your purse, however, a simpler alternative is meditation. Cheryle Baker is an assistant meditation instructor with the Willpower Institute for the Calgary Meditation Centre, which offers free six-month meditation courses. Meditating allows you to practice active self-awareness and exercise self-control, two things you need in order to avoid overindulging this season.

“The mind is bombarded by all sorts of distractions; the body has all sorts of cravings, as well,” says Baker. “These things have to be overcome, and the willpower muscle is what allows the mind and body to overcome these obstacles.” Through meditation, participants learn to make use of their mind power to focus and resist distractions and temptations, useful skills for anyone looking to maintain control over their wallet or waistline in this high-stress season.

Fifteen years after the original marshmallow study, researchers followed up with the children and found those who had restrained themselves were all relatively happy, had good grades and healthy relationships. There is a clear correlation between knowing to hold off and living a better life. So keep in mind when it comes time to make your New Year’s resolution: it’s not what you change, but whether you can change that makes the biggest difference.