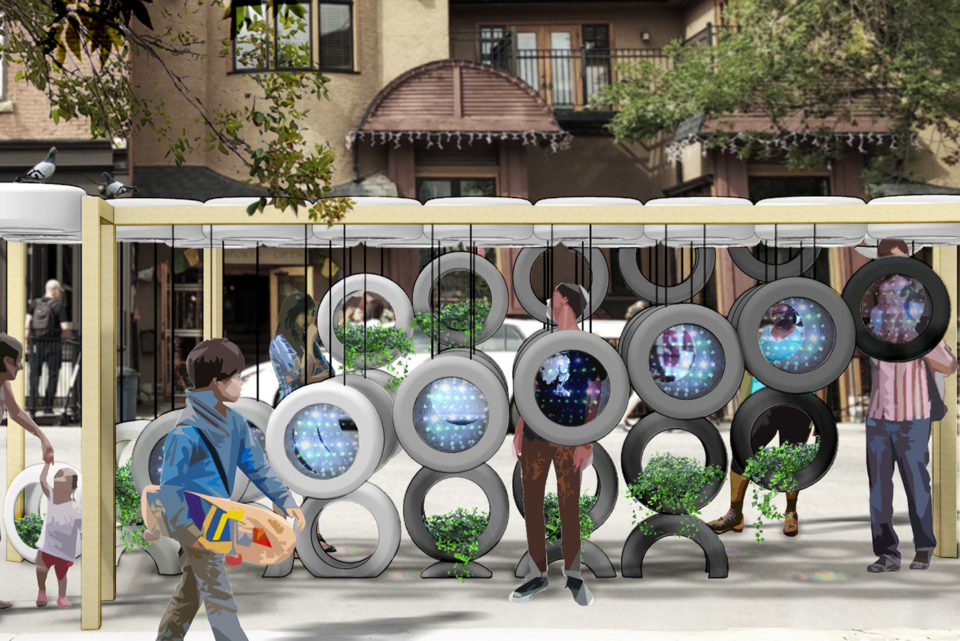 PARK(ing) Day is an international initiative that challenges people to reimagine parking stalls as social gathering spots called “parklets.” This tactical urbanism project — a low-cost, temporary change to the urban environment — has been growing in popularity since its debut in 2005 when the former Rebar Studios converted a parking space in downtown San Francisco into a miniature park.

“PARK(ing) Day is really about how to think about the untapped potential of public space and how we can reimagine these spaces in a different way,” says Kate Zago, a City of Calgary planner and organizer of PARK(ing) Day.

As cities evolve to suit the needs of their citizens, Park(ing) Day challenges the status quo through reminding people that not everything has to exist in its current form. It seems only fitting, then, that Kensington should be chosen for this year’s PARK(ing) Day since it was the first neighbouhood to allow private businesses to open up patios in parking stalls. During PARK(ing) Day, visitors can leisurely stroll along Kensington Road N.W. and Kensington Crescent N.W., from noon to 6 p.m., to interact with unique and creative parklets that citizens, artists and designers have installed. In total, there will be 20 parklets to see.

This year, the panel of judges received 23 applications that they had to narrow down to 20 based off of the originality of the parklet design and the renderings of the space, among other aspects. There were also a handful of $1,000 grants awarded to help cover the cost of supplies, which encouraged more groups of university and college students to apply.

Over the years, Zago has seen some memorable parklets — including bark park, the world’s tiniest dog park, and a balloon forest where there were 100 balloons and animals created with papier-mâché — and this year is no exception. Visitors can expect to see whale watch, an interactive platform that acts as a giant teeter-totter, as well as a station where anyone can sit down and write an old fashioned letter with fun postage stamp materials.

In partnership with the Alberta Association of Landscape Architects, this year’s PARK(ing) Day will see the addition of awards in five different categories, including: most interactive, most creative, most colourful, judge’s choice and people’s favourite. To vote for the people’s favourite, make sure to tweet the name or post a photo using the hashtag #parkingdayyyc. Winners will be announced at an awards ceremony held at Side Street Pub and Grill at 7 p.m. after the festivities.

PARK(ing) Day is September 20 from noon to 6 p.m. in Kensington.